The UK's net-zero transition is lacking a "comprehensive regulatory framework" to overcome challenges to "dispersed" sites that would be suitable for carbon capture technology (CCS) but that aren't located in industrial clusters. 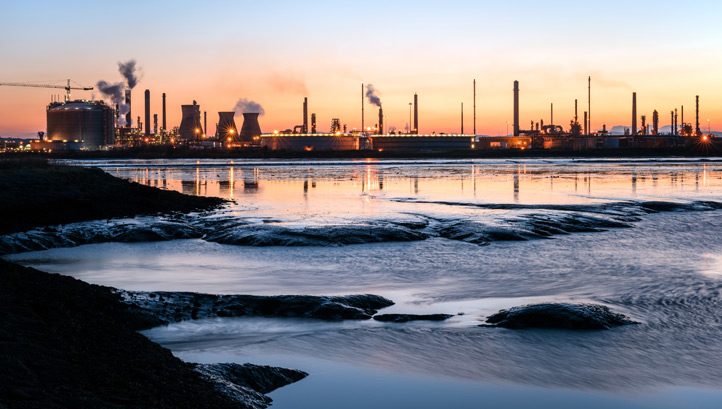 The Department for Business Energy and Industrial Strategy (BEIS) commissioned Element Energy in 2019 to examine barriers and opportunities to CCS in “dispersed” locations. Current Government efforts on CCS are focused on developing clusters to capture carbon onsite, but these often exclude inland emitters and pipeline transportation opportunities.

An initial pool of 1,292 “dispersed” sites was considered, which was eventually filtered down to 36 industrial sites that could viably use CCS technology. According to a new report released by BEIS, the total emissions across these sites reached 20.7 MtCO2 in 2016. In comparison, the Humber cluster, which has set out its own net-zero roadmap is the largest industrial cluster in terms of emissions, at 12.4 MtCO2.

The report finds that dispersed locations are faced with significant challenges, but that these are not “necessarily a showstopper”.

“The transition to net-zero in the UK will require deep decarbonisation of all industrial sites, including dispersed ones; this study shows there are various solutions available to them, ranging from CCS, CCU and fuel switching. This work shows that there are similarities and potential synergies between dispersed sites based on their location or sector. These should be leveraged to develop a common decarbonisation strategy for such sites. However, this work also shows that some sites are truly dispersed and for those a tailored decarbonisation solution is necessary,” the report states.

“We find that emissions from dispersed industrial sites represent a significant proportion of the UK’s industrial emissions. Future funding and business models in the UK should include a strategy for such sites, ensuring viable technology and infrastructure solutions can be made available to them.”

The assessment report highlights both policy and technical risks to deploying “dispersed” CCS, notably a lack of viable transportation that would see sites “isolated from potential carbon dioxide transport infrastructure in the UK”.

The report examines various transport options including via pipelines, shipping, road, rail and a combination of methods. However, the viability of these options depends on the location of the CCS site, such as if it was located near a port.

For potential sites located in the Peak District, for example, the cheapest and least carbon-intensive option is via pipeline. According to the report, this would generate costs of £15/tCO2 and transport emissions of 0.1% of the transported CO2 – significantly cheaper than road and rail, which are estimated to cost between £33/tCO2 and £36/tCO2. In contrast, sites located in South Wales would benefit from pipeline and shipping combinations. Cost-effectiveness is estimated at £18/tCO2 to £21/tCO2.

On the policy front, the report finds that there is “no comprehensive plan, policy or regulatory framework to facilitate carbon capture” at dispersed sites in the UK. It also notes that obtaining relevant consent and permits would currently lead to “delays in the Final Investment Decision (FID),” which could deter investors.

Last month, Boris Johnson confirmed a further £350m of investment in low-carbon technologies, across the industrial, construction and materials sectors.

According to the Committee on Climate Change (CCC), CCS is a “non-optional” component of the UK’s transition to net-zero.

Drax, Equinor and National Grid published a roadmap fleshing out their plans to create the world’s first zero-carbon industrial hub in the Humber region by 2040. The roadmap sets out proposals to build a demonstration hydrogen production facility in the region by 2025 and install carbon capture equipment on one of the four biomass units at Drax’s power station in Selby two years later.