The UK is breaching the Paris agreement on climate change by excluding international aviation and shipping figures from carbon budgets, according to a leading NGO. 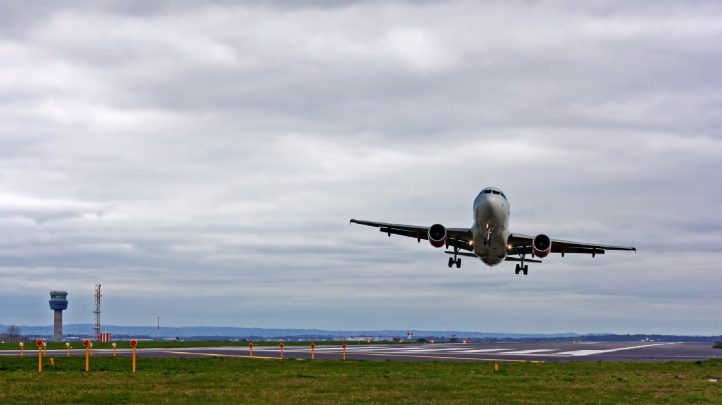 The UK government does not include emissions from global flights or shipping when it states it has reduced emissions by more than 40% since 1990.

Instead, international aviation and shipping are monitored by two UN agencies, but there are growing doubts that – in the case of aviation in particular – the bodies have the power or ability to tackle major transport carbon emitters.

Worldwide, aviation is one of the fastest growing sectors for greenhouse gas emissions, which increased by 76.1% between 1990 and 2012, according to the UN’s climate body.

Andrew Murphy, of the Transport & Environment NGO, which sits as an observer at the ICAO, the UN agency responsible for international aviation, said this had to change. “Aviation has been kept off the books. If you look at the UK Climate Change Act both international shipping and aviation emissions are kept off the five-year carbon budgets.

“We believe the Paris agreement is clear that international aviation and shipping should be included in national climate targets. Paris calls for a bottom-up approach so individual states can include what they want in their budgets. We don’t see this outsourcing of responsibility by governments for international aviation and shipping as consistent with Paris. It breaches the agreement.”

The aviation industry is heavily represented at the ICAO, and there is criticism that the agency is too secretive and dominated by countries pursuing their own national interests to make an impact on tackling aviation emissions.

Members of the ICAO this year brought in a much-heralded system known as Corsia for airlines to report their emissions. The reporting will be two- or three-yearly, and airlines will be required to offset emissions from a 2020 baseline onwards, but full details of how the offsetting will work have not been finalised. It is not yet known whether emissions reported per airline will be made public.

Dan Rutherford, from the non-profit International Council on Clean Transportation, said the Corsia system was not about reducing emissions but making airlines offset their impact. But the efficacy of offsetting was “the elephant in the room”, he said, and it would be a logical step for the UK and other nations to account for the emissions in their targets.

“It took the aviation industry almost 20 years after the Kyoto agreement to come to some sort of agreement,” he said. “But because of the exemptions built into the system it will only cover about 5% of international aviation between now and 2050, so the impact is very small and then there is the question of offsetting and whether that is really what is needed in the aviation system, and whether the aviation sector really wants to decarbonise.”

Alyssa Gilbert, head of policy and translation at the Grantham Institute for climate change and the environment, agrees that it is time for nations to take responsibility for cross-border aviation.

“I think it would be a good idea for nations to report on international aviation emissions, if you report on something it makes it visible. It is kind of invisible at the moment,” she said.

Green MP Caroline Lucas said the problem of aviation emissions was going to get worse in the UK.

“Heathrow, already the biggest point source of carbon in the UK, could soon get 50% bigger, and the draft aviation strategy supports growth at airports all around the UK and anticipates the need for another new runway this side of 2050.

“While most sectors have legally binding emissions reductions targets, international aviation and shipping have been left out of carbon budgets so don’t face the same pressure to reduce.

“Carbon offsetting has little or no place in a net-zero future,” Lucas said. “In reality, there’s no escaping the fact that aviation growth and our expectation of cheap flights can’t go on much longer.”