More than two years after it was first introduced, the UK Government's Environment Bill has received Royal Assent, with green groups calling the moment a "milestone" but continuing to press for stronger provisions. 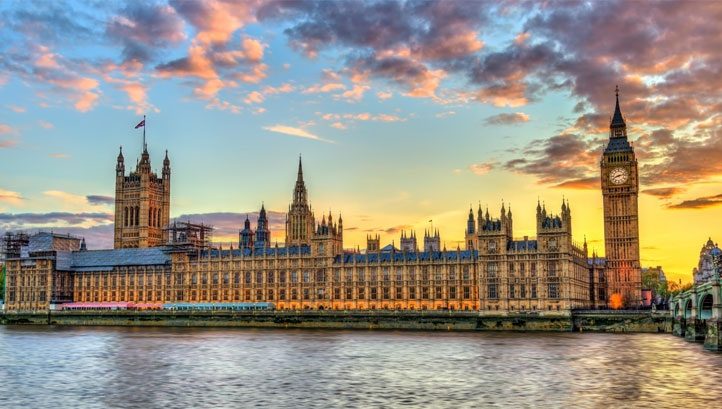 Royal Assent was granted late on Tuesday (9 November) to the Bill, which was introduced in a bid to support the Government’s overarching vision for leaving nature in a better state for the next generation, and to confirm the UK’s approach to environmental governance post-Brexit.

Key provisions in the Bill include the creation of the new post-Brexit watchdog, the Office for Environmental Protection; a new “comply or explain” mandate on deforestation for UK businesses importing forest-risk commodities and forthcoming bans on selected single-use plastic items including cutlery and polystyrene cups.

However, what is not included is, in many cases, as interesting and important as what is detailed.MPs voted last month to block a number of amendments voted for by the House of Lords, including greater provisions for ancient woodland protection in planning frameworks; restrictions on ministerial powers to weaken habitat-related regulations; a legal duty on water companies to reduce raw sewage discharges into rivers and moves to strengthen the independence of the new watchdog, the Office for Environmental Protection (OEP).

The Government has since changed its stance on the wastewater issue, following reports of raw sewage being pumped into marine habitats across the UK. The Lords’ amendment said wastewater processors should “take all reasonable steps” to eliminate sewage discharges from storm overflows. Now, the Bill states that companies must deliver a “progressive reduction” in sewage discharges by number, volume and adverse impacts on people and nature. It is understood that the UK, at present, is dealing with a shortage of the chemicals needed to treat sewage.

Green groups have urged the Government to see the passing of the Bill as a starting point rather than an end destination.

WWF’s executive director of advocacy and campaigns Katie White said: “From a historic legal commitment to restore UK nature by 2030 to laws tackling illegal deforestation and conversion in UK supply chains, this legislation holds great promise and we welcome its passage into law.

“However, for it to be worth the paper it’s printed on, the UK Government must support a truly independent Office of Environmental Protection, provide a clear target to slash the UK’s global environmental footprint and deliver robust measures outlawing both legal and illegal deforestation as soon as it possibly can.

“With nature in freefall and the climate in crisis, there isn’t a moment to waste in bringing good environmental laws into force. Every promise must be kept if we’re to put nature on the path to recovery, and future generations won’t forgive or forget those who fail to act while there’s still time.”

The Aldersgate Group’s executive director Nick Molho said:  “The passage of the Environment Bill into law marks a major milestone for the UK, particularly as it hosts the important COP26 climate summit. Having a framework that supports nature restoration and looks at the whole of the environment – including land as well as sea – is a key step forward in efforts to reverse the decline of nature. Businesses have long supported an ambitious and robust Bill, and having legally binding long-term targets will play a significant role in making continuous improvements to the natural environment.

“Going forward, our collective attention should turn to delivering the ambition of the Bill on the ground. The forthcoming consultation on the development of the long-term targets must deliver ambitious targets that reflect the urgency and scale of nature restoration required. Similarly, it will be important to ensure that the new Office for Environmental Protection is able to carry out its function of holding the Government and public bodies to account, and that there are strong and credible interim targets in place to support short-term delivery. Finally, to be delivered effectively and affordably, the targets of the Environment Act must be embedded across government policy in areas such as planning and agriculture.”

The Environment Bill was first introduced more than two years ago and the road to Royal Assent was fraught with delays relating to Brexit and Covid-19. The Public Accounts Committee stated earlier this year that “serious delays” implementing legislation and “disappointing progress” against existing goals and requirements on air, water and wildlife could jeapordise the delivery of key promises.