The UK Government has released new data on energy generation and consumption during 2020, revealing that fossil fuel generation plummeted to new lows as demand dipped due to Covid-19 restrictions affecting the transport sector. 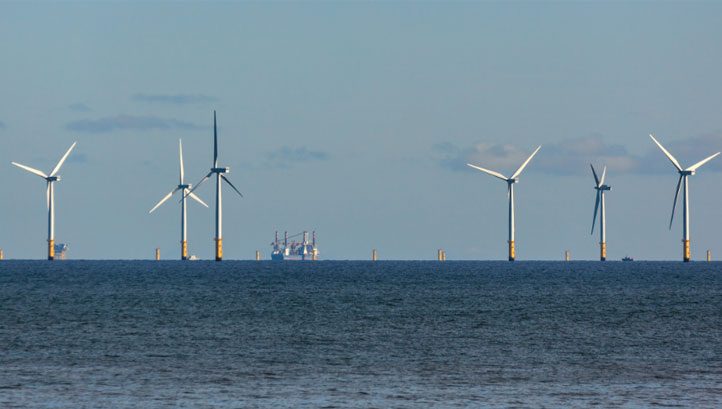 Renewables were affected by supply chain shocks and decreased investment

This steep decline in fossil fuels has been attributed, in the main, to a decrease in demand from the transport sector. Transport fuel demand fell 29% year-on-year. The demand decline was steepest in aviation, falling 60% year-on-year. Additionally, energy requirements for industrial and business use fell 6% year-on-year.

At the same time, the proportion of the energy mix accounted for by renewables reached a record 43.1%. BEIS has stated that 2020 marked the first time that proportional growth of renewables outpaced that of fossil fuels. When nuclear and other low-carbon energies are added, 59.3% of the generation mix is accounted for. This is despite the fact that the nuclear sector faced a string of outages in 2020, with plants or parts thereof coming offline for maintenance.

That said, growth in new renewable capacity additions slowed in 2020. The sector faced declining investments due to the economic fallout of the pandemic and, at the same time, supply chains and construction teams faced disruption due to the need to minimise worker contact and restrictions on international shipping. The fastest-growing renewable energy sub-sector was offshore wind, which saw a 27% increase in generation capacity on a year-on-year basis. Of all renewable energy sub-sectors, only biogas saw a reduction in generation. BEIS has attributed this to falling extraction rates at landfill sites.

The publication of this edition of the DUKES comes a month after the UK Government officially brought the ban on coal-fired electricity generation forward by one year, to 1 October 2024.

Concerns for the future

Despite this strong progress on low-carbon energy, many groups are warning that the Government is not doing enough to prevent fossil fuel demand – and, therefore, energy-related emissions – from rebounding rapidly to pre-pandemic levels.

January saw the Nuclear Industry Association voicing concerns that fossil fuels had routinely accounted for 60% of electricity generation. The BEIS Digest today confirms that renewable generation conditions were less favourable in the first quarter of 2021 than the year before, with less wind.

Then, last month, the Climate Change Committee (CCC) warned the Government that it does not currently have a coherent plan to reduce emissions this decade, largely due to a lack of clarity on the direction of policy travel. While the Government has subsequently published the Transport Decarbonisation Plan, other policy packages, including the Hydrogen Strategy and Heat and Buildings Strategy, remain outstanding.

On a global level, the International Energy Agency (IEA) is predicting that emissions will reach a record high in 2023 and continue rising thereafter, as most nations are not properly supporting the energy transition through their Covid-19 recovery plans. According to the Energy Policy Tracker, 42% of public money allocated for energy globally since the pandemic began has gone to fossil fuels. While the UK has allocated more funding to green sectors and less to fossil fuels than laggards such as Turkey, Indonesia and Saudi Arabia, it is reportedly committing just 6% of the amount of funding to the green recovery from Covid-19 pledged by the US, and just 13% of that promised by Italy, on a per-capita basis.