The Department for Business, Energy and Industrial Strategy (BEIS) has granted planning consent for one of the world's largest battery storage projects to be delivered on the banks of the Thames in Essex. 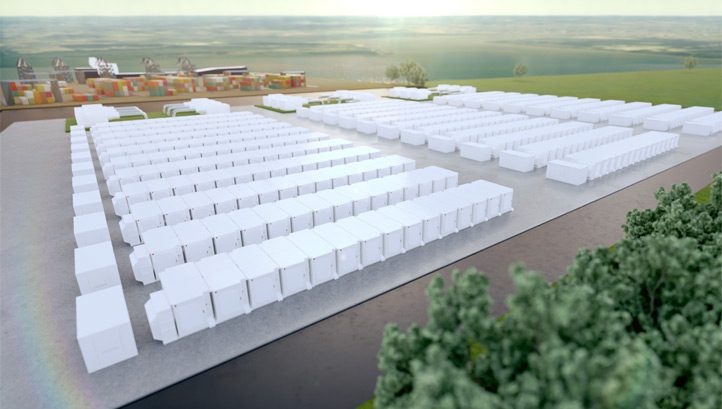 Construction on the project is set to begin in 2022

The project is being delivered by UK-based InterGen, jointly owned by Sev.En Energy and China Huaneng Group/Guangdong Energy Group, and would deliver 1.3GWh of power at full capacity. This would dwarf Gresham House’s 50MW, 75MWh battery storage array in Thurcroft, South Yorkshire, which went live in February this year.

The project will be used to support and stabilise electricity supply, with the UK aiming to add 12GW of intermittent renewables through its next Contracts for Difference (CfD) scheme.

Construction on the project is set to begin in 2022, with the battery becoming operational in 2024. When fully charged, the batter would be able to power 300,000 homes for around two hours.

InterGen’s chief executive Jim Lightfoot said: “We are delighted to have been granted consent by BEIS for the Gateway project. Our mission is to deliver the flexible electricity solutions that everyone relies on in a low-carbon world, and this project is a major statement of intent.

“We are excited to be entering a new phase in our growth as an organisation, and will continue to explore opportunities to develop projects which can support the energy transition.”

InterGen is also exploring a further battery project at its site in Spalding, Lincolnshire, which would be 175MW, 350MWh. Planning permission is already in place for this.

The planning consent is timely. New analysis from Wärtsilä Energy has claimed that if the Government were to back renewable generation and flexible energy technologies like battery storage instead of a new nuclear plant, some £660m could be saved through to 2030.

By Wärtsilä Energy’s calculations, the UK could invest in adding 7GW of flexible energy capacity through utility-scale battery storage, advanced flexible gas plants and technologies like vehicle-to-grid (V2G) by 2030, if it scrapped plans for Sizewell C nuclear power station. This would enable the UK to reach 62% clean power in the energy mix, mitigating two million tonnes of CO2e emissions annually from 2030.

The UK Government has moved to relax planning rules for large-scale energy storage arrays in a bid to help the sector recover faster. Under previous Nationally Significant Infrastructure Projects (NSIP) requirements, special approval was needed for arrays over 50MW. However, nuclear remains part of future Government clean energy plans, and was one of the 10 key pillars of the Prime Minister’s new plan for a green revolution.