English and Scottish local authorities representing one-third of the population have committed to reaching net-zero community emissions by 2045 - and are urging the UK Government to follow suit. 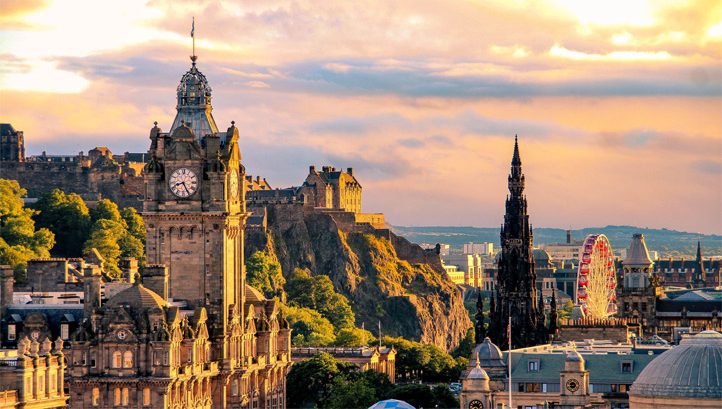 The commitment has been made as part of a new initiative coordinated by UK100. It requires local authorities to reach net-zero for their own direct emissions by 2030 and to deliver net-zero towns, cities or regions by 2045.

Cities including Edinburgh, Leeds, Leicester, Oxford, London, Bath, Bristol, Plymouth Newcastle and Nottingham have signed up, as well as the local authorities representing Cornwall, the Cotswolds, Gloucestershire and the West Midlands. In total, more than 100 local leaders are backing the initiative – mainly council leaders and mayors.

Many of the participants already have ambitions equivalent to, or more ambitious than, UK100’s requirements.

London Mayor Sadiq Khan brought the Greater London Authority’s net-zero deadline forward from 2050 to 2035 this year, for example. Nottingham City Council is targeting net-zero for its own operations by 2028. For Manchester, the aim is net-zero for the city-region by 2038. Bristol and Newcastle are both striving for net-zero communities within a decade.

And, just this week, Oxford City Council announced that it has helped the city-region to reduce absolute emissions by 40% since 2005, putting it on track to meet its own 2030 climate targets.

But UK100 said the value of the new initiative lies in influencing national policy as well as in helping local authorities to bolster their own climate targets.

The COP26 team’s high-level champion for climate action, Nigel Topping, will meet virtually with UK100 representatives and representatives from some of the local authorities to hear their recommendations ahead of the conference next November.

UK100 has said it will use the opportunity to recommend that councils are given more funding and powers to decarbonise rapidly. Key focus areas will be transport, the built environment and heat. For some local authorities, heavy industry will also be a priority.

“We are closer to the people who live and work in our communities, so we have a better understanding of their needs,” the initiative members said in a statement. “This means we can collaborate with them to build consensus for the solutions we need to transition to a net-zero society that delivers multiple benefits and is fair, just and works for everyone.”

In the coming months, Whitehall will be encouraged by the initiative members to consider moving its 2050 net-zero target to 2045.

It’s all in the timing

Speaking at edie’s Net-Zero Live virtual conference last month, Bim Afolami MP said that debates on net-zero in Parliament have broadly been “about the means and the speed rather than whether we should do something at all.”

At the 2019 general election, the Conservative Party was the only major political party to propose sticking with Theresa May’s original 2050 deadline. The Lib Dems promised a 2045 deadline; Labour said it would develop a deadline in the ‘40s and the Green Party called 2030 “the only acceptable target”.

The debate around the timing of the UK’s net-zero deadline had been rife before the election and has picked up again in recent months, in recognition of COP26 preparations and given that the UK Government has voiced support a “green” Covid-19 recovery.

The UK accounts for around 2-3% of global annual emissions and, unlike some top emitters including China, has completed its industrialisation and likely seen its emissions peak. Given that the IPCC has recommended that the world should reach net-zero by 2050 at the absolute latest, some have, therefore, doubted whether the UK can call its plans “world-leading” in earnest.

The Climate Change Committee (CCC) has repeatedly claimed that it would recommend an earlier deadline if it believed this was feasible and desirable in terms of technology, the economy and politics. CCC Chief Chris Stark had previously claimed that meeting a 2045 deadline would be highly costly and could negatively impact other environmental issues like biodiversity.

But the Committee this week updated its cost forecasts for net-zero as part of its Sixth Carbon Budget recommendations. The CCC had previously forecast costs of between 1% and 2% of GDP but has adjusted calculations to 0.5% to 1%, in light of cost reductions in sectors like offshore wind.