The UK Government is not on track to deliver its vision of improving the natural environment within a generation, due to "serious delays" implementing legislation and "disappointing progress" against existing goals and requirements on air, water and wildlife. 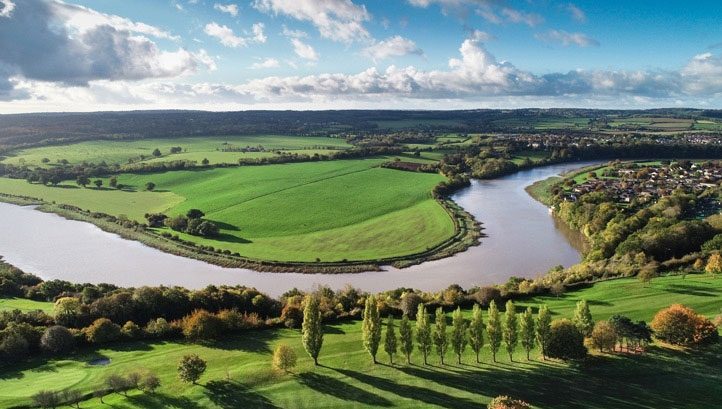 That is according to a damning new report from the Public Accounts Committee (PAC), published as part of its inquiry into the delivery of the government’s long-term environmental goals. The specific focus of the report is the 25-Year Environment Plan.

In the report, the PAC criticises the Department for Food, the Environment and Rural Affairs (Defra) for failing to build upon the Plan, released in 2018, with a coherent set of long-term objectives or interim milestones. While the Plan has ten goals, MPs have heard evidence from businesses, local authorities and NGOs to suggest that confusion remains around focus areas for delivery and tracking progress. Only 38 out of 66 indicators are in place to measure progress.

Defra last year announced that the Environment Bill would be amended to include targets on waste, water, air quality and biodiversity which, like the UK’s net-zero target, will be legally binding. Targets are due to span from 2022 to 2030, but the Environment Bill’s return to Parliament was recently delayed further. Green groups are concerned the delays could last for six months or more – a timeframe significant enough to push back implementation and delivery.

The PAC wants Defra to provide a written statement within a month of the Environmental Bill being passed, outlining its timetable for setting long-term, legally-binding numerical targets – and interim targets to back them up. The MPs also want to see a “complete set” of environmental outcome indicators developed rapidly.

The PAC additionally wants Defra to be more transparent as to how much funding it is allocating to the delivery of the 25-Year Environment Plan, how this money is being spent, and how it is being matched by the private sector. The 2020 Spending Review promised £1bn of additional funding for Defra but the PAC said it had trouble ascertaining how much is “genuinely new money”.

“These ‘generations’ will soon be coming of age with no sign of the critical improvements to air and water quality Government has promised them, much less a serious plan to halt environmental destruction,” PAC chair Meg Hiller MP said.

“Our national environmental response is left to one Department, and months from hosting an international conference on climate change, the government struggles to determine the environmental impact of its own latest spending round. Government must move on from aspirational words and start taking the hard decisions across a wide range of policy areas required to deliver real results – time is running out.”

The new report goes on to outline failings in Defra and beyond which span far beyond the Environment Bill. It argues that the Department “has the policy responsibility for the environment, but not the clout to hold other departments to account or manage trade-offs between policy areas”.

For example, it states that the Comptroller and Auditor General found no evidence of Departments beyond Defra taking shared ownership of the 25-Year Environment Plan or mentioning it in their plans since 2019. This includes the Treasury.

The danger here, the PAC argues, is a “patchy” and “piecemeal” approach to funding the initiatives needed to meet key goals and to tracking progress. MPs on the Committee specifically want environmental impacts to be considered as a priority for all major spending decisions – but Treasury representatives this week indicated that net-zero stress tests won’t be mandated for all major infrastructure projects.

The PAC is also concerned about skills gaps across Defra and warns that they could widen unless plans for the skills pipeline are firmed up now. MPs were told during hearings that Defra and the Environment Agency are having particular trouble recruiting and retaining nuclear energy and hazardous waste specialists due to competition from the private sector.

This means that the UK’s emissions have fallen by 44% since 1990, in one of the fastest decarbonisation curves of any major economy.

Nonetheless, the data reveals that specific challenges remain on the road to net-zero. Transport, for example, remained the top-emitting sector in the UK, accounting for 27% of emissions. The sector has seen its emissions decline by just 4.6% since 1990.

Moreover, BEIS had been expecting a 3.6% year-on-year decline. A far steeper decline is expected for 2020 due to Covid-19 related lockdowns – but bodies including the UN are warning that governments must do more to prevent an emissions rebound.