Climate negotiations ended in Bonn, Germany, Thursday (27 June), with Saudi Arabia questioning the scientific value of the UN's 1.5 °C global warming report. No agreement has been reached on the carbon mechanisms enshrined in Article 6 of the Paris Agreement. 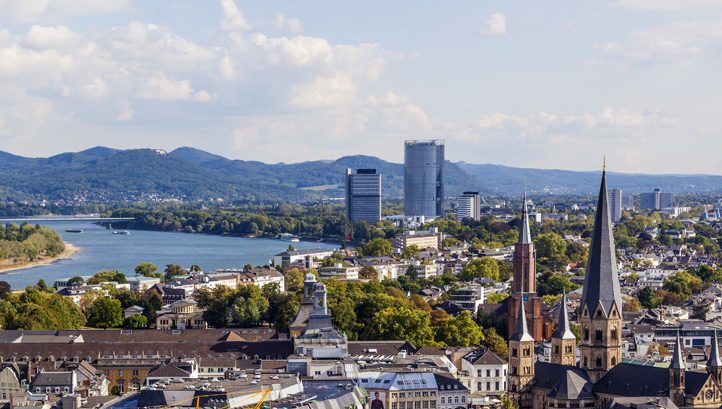 After 10 days of negotiation that saw Saudi Arabia rejecting draft phrasing that specifically noted the report’s findings over emissions levels, the negotiators ended up with a document that puts an end to the formal discussion on the report.

The text expressed “appreciation and gratitude to the IPCC (UN’s climate science body, the Intergovernmental Panel on Climate Change) and the scientific community” for providing the report that “reflects the best available science”.

It “noted the views expressed on how to strengthen scientific knowledge on global warming of 1.5 °C” and concluded that it agreed “its work under this agenda sub-item has been completed”.

In its landmark report published in October last year, the IPCC made clear that to limit global warming to the 1.5 level, global emissions must decrease by 2020 and be almost halved by 2030. This could only be done via a major transformation of our economies, it stressed.

The IPCC report was compiled by more than 90 of the world’s leading climate scientists and drew on more than 6,000 scientific references.

Already at COP24, held in Katowice, Poland, last December, Saudi Arabia, the United States, Kuwait and Russia refused to welcome the findings of the IPCC report.

Its far-reaching implication on fossil-fuel based economic activities, as well as the legitimacy of its findings among climate negotiators, explains this refusal to recognise its scientific value.

“Science is essential for the functioning of the negotiating process” set up by the UN Climate Secretariat (UFCCC), a diplomatic source explained, speaking on condition of anonymity. “The IPCC is the sister institution of the Climate Convention, it has been backing its work for years”.

For Yamide Dagnet, a senior associate at World Ressources Institute think tank, “regardless of the reference associated with this report in the UNFCCC documents, this report is the one that has received the most attention in the history of the IPCC,” she said.

“It really raised awareness of the differences between a 1.5 and 2°C global warming” and led to a mobilisation of young people like “never seen before”.

And even if it was carried out in record time, in less than three years, “it takes stock with the best data available and its conclusions are unequivocal,” Dagnet stressed.

Jennifer Tollmann, a policy adviser at think tank E3G’s Climate Diplomacy team in Berlin, stressed that “if this report wasn’t so influential, Saudi-Arabia wouldn’t have put so much effort into questioning its scientific validity”.

The country’s opposition to the report only underlined how overwhelmingly it is supported within the global community, she pointed out.

Indeed, the ambassador of the Aosis group (an alliance of small island states), Lois Young, published an opinion piece in the Financial Times on Thursday, accusing critics of the report of “sacrificing” small island states, for whom containing the rise in temperatures to 1.5°C is vital.

“Their refusal to formally consider the IPCC report, which was established as a critical next step in the Paris Agreement, undermines the basis on which the community of nations engages on and respond to climate change-induced challenges,” she wrote.

In the closing plenary on Thursday afternoon, several countries also went vocal to support the IPCC report. The representative of Costa Rica, the country that will organise the pre-COP next October, said the report “reflects a great triumph of science” while the representative of the Tuvalu Islands described the report as “historic”.

“We must accept it and not negotiate it”, he said, adding that climate change represents an “existential threat” for his archipelago. The diplomat representing Switzerland switched his suit for a T-shirt with the words “science is non-negotiable” on it. He invited all countries to use the special report as the basis for their policies to combat climate change.