Unilever's chief executive officer Alan Jope has said the business has found itself "at the centre" of discussions around redesigning capitalism with environmental and social sustainability in mind post-pandemic. 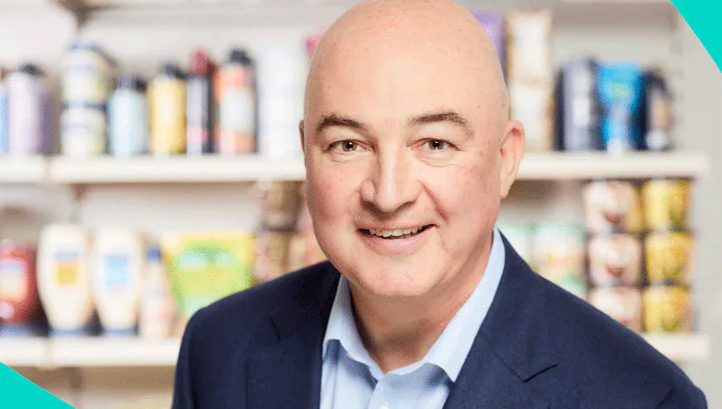 Speaking during an interview which marked the opening of the Economist’s Sustainability Virtual Week on Monday (5 October), Jope was asked to detail the trends which have helped businesses align sustainability and profitability over the past decade. He spoke to an increase in consumer and investor interest in environmental issues, low-carbon technologies reducing in price and ever-stronger national climate policies – particularly in the wake of the IPCC’s special report in October 2018.

Jope also acknowledged that Unilever had to act faster than competitors and get ahead of the legislation curve to earn its reputation for delivering results across the triple bottom line. It first identified “Sustainable Living Brands” – those which were addressing one or more social or environmental issues through their scale, partnerships and advocacy – in 2015.  It has since expanded this cohort rapidly and seen it grow 60% faster than the rest of the business, and, elsewhere, asked employees to co-create its post-2020 sustainability strategy. These moves mean it was ultimately able to merge its sustainability and business strategy within the past year.

Rather than bragging about the company’s achievements as a standalone, however, Jope used his platform to call for businesses and policymakers to “seize the opportunity” for system-wide change as a “convergence of crises” crystallises.

“The discussion we find ourselves at the centre of at the moment is the very future of capitalism,” Jope said. “Certainly, there’s a lot of good that has come from capitalism. It has been the economic system that has lifted hundreds of millions of people out of poverty. The innovation drive and the competitive spirit of capitalism are very important.

“However, the single-minded pursuit of profit is damaging. It has many unanticipated negative consequences.”

Traditional and modern forms of capitalism, Jope argued, have resulted in blind spots for multiple crises that have had devastating impacts in 2020. Aside from the twin climate and nature crises, he warned of the links between biodiversity loss and pandemics and emphasised the historic failure of the system to ensure racial justice.

Devil in the details

Calls for a rethink of capitalism have been intensifying amid the backdrop of Covid-19, which has left the world in the worst financial position since World War 2.

The World Economic Forum (WEF) launched its ‘Great Reset’ campaign while the UK was under lockdown earlier this year, calling all governments to reshape financial incentives and penalties with the low-carbon transition in mind. Prince Charles’ Davos speech for 2020 seems to have inspired the WEF here. The Financial Times’ ‘Capitalism: Time for a Reset’ campaign similarly calls on investors to play their part in preventing climate change by shifting away from a short-term, purely financial focus.

The Economist’s executive and diplomatic editor Daniel Franklin noted that despite growing interest, thought leaders and key organisations are yet to agree on a shared set of principles which should define ‘Capitalism 2.0’

Jope agreed with Franklin that it will be “quite difficult” to get an “agreed and confident set” of metrics. He then outlined four features he believes would “define” a new economic system: a multi-stakeholder approach; measures to ensure environmental and social externalities are priced in; mandatory ESG reporting for large businesses and a shift from linear models of production and consumption to a circular economy.

On the multi-stakeholder model, Jope argued that many businesses have historically justified projects and processes which harm communities and nature by presenting promising short-term returns to shareholders. A change could prevent this race-to-the-bottom and force accountability.

Mandatory reporting goes hand-in-hand with this model. While the trend towards legislative requirements for climate-related disclosures is growing, Jope would also like businesses to report – regularly and publicly – on their wider environmental risks and impacts, as well as the ways in which their operations and supply chains are impacting society, and the steps they are taking to protect employees.

As for pricing in externalities, Jope said that Unilever has repeatedly advised policymakers to adopt a “cap-and-trade” approach to carbon pricing. The EU’s Emissions Trading System (ETS) is an example of this but green groups have repeatedly called for higher prices and longer-term price trajectories. A carbon tax could “also work” for nations which are further behind on climate legislation, Jope said.

Less was said, however, about pricing in externalities like natural resource use and social impact – likely as metrics are less mature in this area. On the former, the Task Force for Nature-related Financial Disclosures (TNFD) is aiming to publish a reporting framework in 2021.

There’s just over a month to go until Net-Zero Live 2020. Taking place over three days (November 10-12) in a virtual format, this event includes high-level keynote talks, interactive panel discussions, facilitated networking sessions and educational masterclasses, as well as virtual exhibition booths showcasing the cutting-edge net-zero technologies and services that will shape the decade ahead.

Register now to hear from representatives of Unilever, the Committee on Climate Change, Inter Ikea Group and many more. Click here for registration forms and for the agenda.