With less than two months to go until COP26, the world's two largest emitters - China and the US - have both announced landmark agreements that look set to bolster climate finance availability and drastically reduce the pipeline for overseas coal projects. 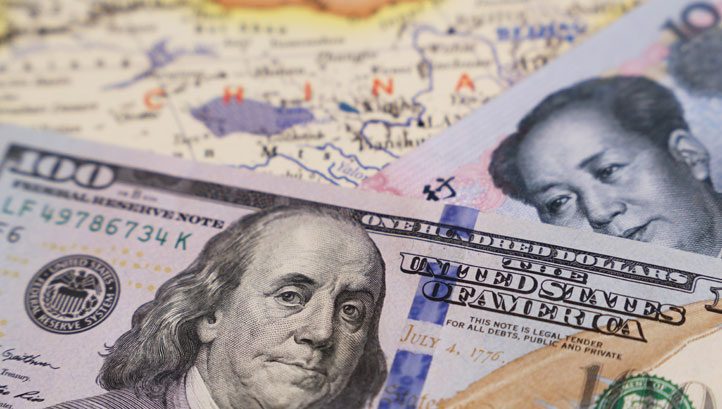 The two landmark announcements are a timely boost going into COP26

At the UN General Assembly (UNGA) this week, US President Joe Biden announced that he was doubling the country’s commitment to overseas climate aid to more than $11bn annually by 2024. Biden had previously pledged to commit another $5.7bn towards global climate finance and adaptation project, but has now re-strengthened those commitments following pressure from green groups and other nations in the build-up to COP26.

During his speech, Biden confirmed that the US’s climate finance would double to $11.4bn, as he called on all nations to “bring their highest-possible ambitions to the table when we meet in Glasgow for COP26 and then to have to keep raising our collective ambition over time”.

Research from Oxfam claims that wealthy nations are still failing to address a finance gap on the long-standing pledge to mobilise $100bn (£72.5bn) annually to help developing nations adapt to the climate crisis.

According to Oxfam, developed nations will offer up to £69bn annually by 2025 – five years after the goal should have been met. Oxfam states that developing nations could miss out on up to £57bn over a six-year period as a result.

The raised commitments are a welcome boost to global negotiations at COP26, and they were joined by a similarly seismic announcement from China.

Analysis from Carbon Brief suggests that the move could see more than 40GW of planned coal projects cancelled across 20 countries. China would refinance some of this overseas spending on clean energy.

“China will step up support for other developing countries in developing green and low-carbon energy, and will not build new coal-fired power projects abroad,” Xi said during his UNGA address.

Research suggests that if China is to meet its 2060 ambition of carbon neutrality, announced last year, it must shut hundreds of gigawatts of coal generation and reform emissions trading as a priority.

The analysis from TransitionZero outlines how the Chinese energy sector, dominated by fossil fuels at present, must transition to deliver the new long-term targets.

It states that some 364GW of coal-fired power generation will need to be closed – either permanently or on a reserve basis. Alternatively, plants could be retrofitted to include carbon capture technologies and improve efficiency, but this is not the preferred option.

Coal notably accounted for 57.7% of China’s energy consumption in 2019. Coal plants provide more than half (52%) of the nation’s electricity and heat generation capacity and 66% of its annual electricity output.

The Chinese government does not publish data on the collective capacity of its coal-fired power plants. However, a CarbonBrief report revealed that 40GW was added between 2017 and 2019 and that additions could continue to grow through to 2025. Future growth in the short term has been partly attributed to China’s 14th Five-Year Plan on climate and energy.

According to the TransitionZero report, the coal sector can be downsized in a way that generates economic benefits in the short term. It outlines how most coal plants are already loss-making and running at 50% of their capacity or less, due to a saturated market supported by subsidies. Replacing plants with cleaner alternatives at scale could generate savings of $1.6trn, the report states.

Commenting on the announcements, Sustainable Capital PLC’s director professor Kevin Haines added: “As we draw closer to COP26, the announcements from President Biden and President Xi Jinping around climate finance are encouraging. There is a massive green investment gap in developing nations so it is key that we find more ways of directing money to decarbonising these countries. With China ending its financing of foreign coal projects, we have a massive opportunity to step in across the world and fill the gap with sustainable energy projects.

“However, it is worth noting that while climate aid is clearly welcome, we will not get to net-zero through government spending alone. The leveraging of private capital is critical and to encourage private sector buy-in, we need to create the right conditions for capital to flow.”