Veganuary: Why meat-free meals could be the key to tackling climate challenges

It may be the time of year for celebrations and resolutions, but this week also marked the start of Veganuary - a month-long campaign encouraging meat-eaters to switch to plant-based foods. With this in mind, edie explores the full environmental and social impacts of the animal protein industry, and what the global business community is doing to reduce our reliance on it. 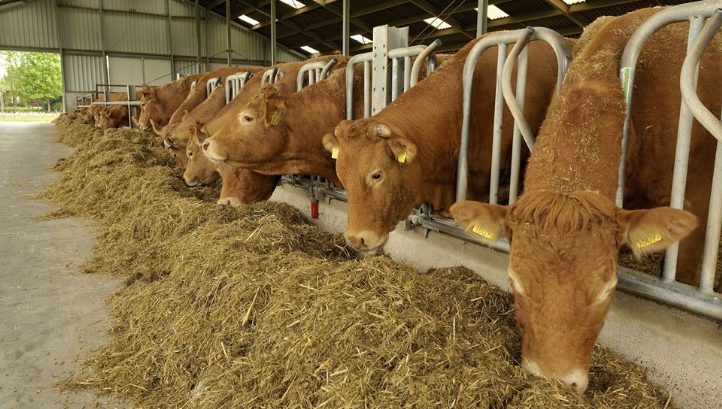 After a month of indulging in festive fare, thousands of us will have set a resolution to eat healthier this year. Indeed, LinkedIn chief executive Jeff Weiner has estimated that around seven in ten Brits will have resolved to diet this month.

For many, that will involve eating less meat and dairy and more fresh produce – but for others, January is a chance to ditch animal-based products altogether. Launched in the UK in 2014 by a team of environmentalists, the Veganuary campaign challenges participants to eat only vegan foods for 31 days, with a view that they will change their dietary habits in the long-term.

Never ones to miss a trend, business giants ranging from McDonald’s to Marks & Spencer (M&S) have launched new product ranges to coincide with Veganuary, but will moving into an emerging market create environmental benefits as well as economic opportunities for business?

In a drive to encourage members of the general public to join in, green campaign groups often push the ethical case for veganism, displaying footage of cramped conditions in factory farms and inhumane practices at slaughterhouses. But there is also a climate case for making the switch to plant-based cuisine.

Indeed, none of the industry’s major corporates have aligned themselves with the Paris Agreement’s flagship goal of limiting the world’s temperature increase to 1.5C, with only 28% of the world’s largest 60 intensive farming firms having to set any plans for climate risk mitigation.

Away from emissions, large-scale deforestation, fires, and human rights abuses in Argentina and Paraguay’s Gran Chaco region have been linked to meat producers across the globe.

With water requirements for food production set to reach around 10-13.5 trillion cubic metres per year by 2050 – about triple the current amount used annually by humans for all purposes – reducing our reliance on animal-based proteins has been posited by several experts as an effective way to combat water scarcity and preserve natural resources.

Globally, meat provides just 18% of the calories consumed by humans each year – but its production takes up 83% of all existing farmland.

As for the social sustainability piece of the puzzle, the World Economic Forum (WEF) has estimated that the amount of diet-related deaths could be reduced by 5% in developed nations if citizens eliminated beef from their diets.

It is perhaps not surprising, then, that Oxford University has dubbed veganism as the “single biggest way” for a person to reduce their negative impact on the planet.

Planting the seeds for a new vegan era

The good news is that, as consumer awareness of the environmental and ethical challenges posed by the global meat, seafood and dairy industry rises across the globe, the number of people identifying as vegan in the UK has increased by 350% since 2008, according to research by the Vegan Society.

Similar trends in consumption have been tracked across the world, with veganism having grown by 600% in the US over the past three years and the amount of Portuguese citizens identifying as vegetarian and vegan having quadrupled since 2008.

This shift in demand for plant-based food has led to a boon in the vegan milk market, which is estimated to have grown to reach $16bn in 2018, up dramatically from $7 billion in 2010.

The wider alternative proteins market is now on a similar trajectory, with Coller Capital’s FAIRR initiative estimating that the global market for alternative plant-based proteins could expand at an annual rate of 8.29% in the next three years and reach $5.2bn by 2020.

Unsurprisingly, several big-name food and drinks companies have moved to cash in on this trend towards meat-free diets in recent months. KFC, for example, has moved to research meat-free chicken alternatives, while US-based fast food chains White Castle and Carl’s Jr have both added Impossible Foods’ Beyond Burger – a ‘bleeding’ alternative to beef patties – to their takeaway menus.

In the supermarket sector, most of the UK’s key players have also launched new product lines, after Tesco predicted in 2017 that plant-based protein would be the fastest-growing food market of 2018. Since then, the retailer has launched a line of 30 plant-based meals called ‘Wicked Kitchen’ and recorded a 25% increase in sales of food-to-go products marked vegan or vegetarian.

Sainsbury’s, meanwhile, increased its vegan range by 10% last year, adding products such as beef-free mince and Tofurky – a tofu-based turkey substitute – to its portfolio. Similarly, Waitrose & Partners added dozens of new vegan lines to its stores in October 2018, including cashew-based mac and cheese, vegan fishcakes and egg-free mayonnaise.

Continuing on this trajectory, many businesses have unveiled new vegan-friendly dishes and drinks this week to coincide with Veganuary.

In the food-to-go sector, McDonald’s UK has begun selling a spicy veggie wrap as part of its main meal menu, with a smaller version available as a Happy Meal. The dish consists of a flour tortilla filled with salad and vegetable goujons, which are made using yellow split peas and tomatoes.

On Thursday (3 January), rival outlet Greggs launched a vegan version of its best-selling pastry – the sausage roll. The savoury treat, which is being sold for £1-1.20, had sold out in many of the brand’s 1,850 UK locations by lunchtime.

And after adding vegan cheese to its offering for the first time last year, Pizza Hut UK has debuted a vegan version of its BBQ pork pizza, which uses pulled jackfruit as a meat substitute.

As for supermarkets, Marks & Spencer (M&S) has launched a line of 60 plant-based chilled and frozen dishes to mark the start of the new year. Called ‘plant kitchen’, the own-brand line includes cauliflower-based popcorn ‘chicken’, mushroom stroganoff and pork-free sausages.

The future of food – or just a fad?

Looking to the future, the early signs suggest that veganism and vegetarianism are here to stay, with plant-based proteins on track to account for one-third of the protein market by 2054.

While veganism may seem widespread at present, the fact remains that just 1% of the US population – and 2% of the UK population – have sworn off of animal products for life. This means there is a huge scope for the trend to grow, as more social groups become informed about the environmental and ethical impacts of meat consumption.

Historically, the majority of plant-based eaters will have returned to eating meat before their death, with 84% of US-based vegetarians admitting to quitting their boycott of meat after a few years.

But the ongoing shift towards plant-based eating is now being driven by young consumers, with millennials aged 18-35 three times as likely to be vegan or vegetarian than their baby boomer counterparts. Moreover, individuals within this group are three times more likely to remain faithful to veganism than those who are older.

If consumer habits are changing, business will likely placate demands in order to retain consumer loyalty and keep economic opportunities strong. But for the sustainability leaders within the corporate sphere, the rise of veganism is a chance to revamp product offerings that can drastically lower value chain impacts and drive the world to a more resilient, sustainable and resource efficient economy.