Energy and Clean Growth Minister Claire Perry has today (3 April) launched four smart energy systems demonstrator projects across the UK, in a bid to help towns and cities become "hubs" to spur the low-carbon transition across the electricity, heat, cooling and transport sectors. 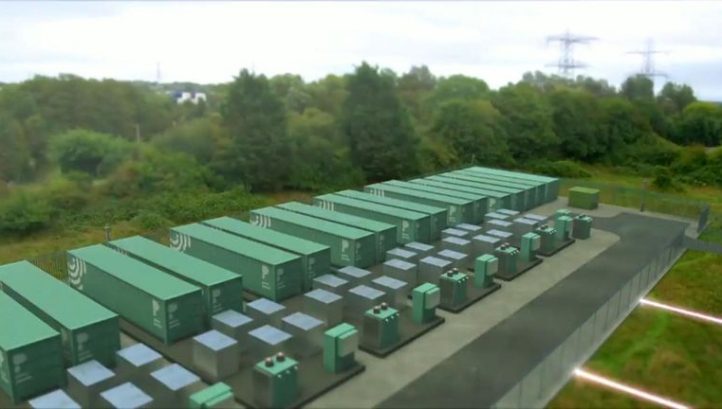 The first of the schemes is an “Energy Superhub” in Oxford, which will play host to the world’s first transmission-connected 50MW lithium ion and redox-flow hybrid battery systems as well as a network of 320 ground-source heat pumps.

The electricity and energy from the facility will be used to heat and power around 300 social homes, with Cloud software and Artificial Intelligence (AI) set to be used to help the facility optimise demand and supply. It is estimated that each property powered by the hub will see a 25% reduction in its annual energy demand.

The other two new projects are a Virtual Energy System (VES) in Orkney, which aims to interlink local electricity, transport and heat networks into one system, thereby optimising efficiency and lowering emissions, and a virtual power plant which will be used to manage energy across council housing, private residential properties, transport infrastructure and commercial properties in West Sussex.

“We are at the start of a green revolution, as we move to more digital, data-driven smart systems that will bring us cleaner and cheaper energy,” Perry said.

“These projects, backed by Government funding, are set to spark a transformation and change the way we interact with energy for the better as part of our modern Industrial Strategy.

“We’re excited to see how these businesses and project partners reveal how innovative technology, such as energy storage, heat networks and electric vehicles (EVs), can set us on the path to a smarter energy future.”

The four projects are all set to launch by mid-2020 and are being funded under UK Research and Innovation’s (UKRI) £102.5m Industrial Strategy Challenge Fund.

In order to have received a share of the fund, which is awarded on a competitive basis, each of the projects will have had to prove that their concept could be replicated, upscaled and invested in by the end of the 2020s. Fund applicants are also asked to prove that their concept is aligned with the idea of a “just” low-carbon transition, providing not only cleaner power and more desirable services but also cost reductions and more “prosperity and resilience” to local communities.

Perry recently said that she and her team of policymakers would only follow advice which would not exclude entire regions or social classes from the drive to reduce the UK’s carbon emissions by 80% by 2050, against a 1990 baseline. This target may soon be raised to “net-zero” by 2050, following advice which is currently being developed by the Committee on Climate Change (CCC)  in light of the Intergovernmental Panel on Climate Change’s (IPCC) landmark report on global warming.

Each of the new projects is being spearheaded by a private sector organisation with a specialism in its field, as well as a consortium consisting of other privately owned firms, local authorities and NGOs.

The “Energy Superhub” in Oxford is being led by battery storage firm Pivot Power, which made headlines last year for schemes such as its battery array at Arsenal FC’s Emirates Stadium and its grid-scale rapid charging network for electric vehicles (EVs), connected at the transmission system level. The other Oxford-based scheme, dubbed Project LEO, will be spearheaded by Scottish and Southern Electricity Networks, while the European Marine Energy Centre and deep Cloud experts Cloud Infinity Projects will lead the Orkney and West Sussex programmes respectively.