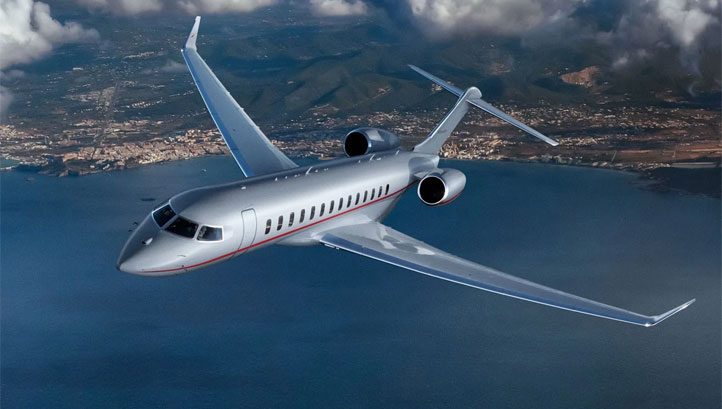 VistaJet operates a fleet of 70 jets, available for private hire by business clients. Its plans for reaching the 2025 goal come after the majority of members chose to voluntarily offset the emissions relating to their journeys in 2020.

To reduce emissions in the first instance, VistaJet will procure SAF from SkyNRG. The firm makes SAF using waste bio-oil, agricultural waste and ‘non-fossil CO2’, including captured carbon. It will also continue to work to optimise routes and fleet management using artificial intelligence (AI) to reduce fuel consumption. For on-ground operations, VistaJet is hoping to shift to renewable electricity wherever possible.

Residual emissions will then be addressed using offsetting through Vistajet’s partnership with South Pole. The firm has pledged to ensure that emissions from all scopes are accounted for.

“While offsets and SAF are the current and available options to reduce its carbon footprint, VistaJet, together with its partners, industry and clients, will continue to actively seek and invest in new developments to help push the current boundaries,” the firm said in a statement. Many SAF proponents point to the fact that it is likely to be a mature technology before, for example, commercial-sized electric aircraft.

In addition to the commitment on carbon neutrality, VistaJet has pledged to begin reporting climate risk in line with the Task Force on Climate-Related Disclosures’ (TCFD) recommendations this year. This framework includes ‘scenario analysis’ – mapping transition and physical risk at a range of warming trajectories, including the Paris Agreement’s ‘well below 2C’ pathway – and could soon be mandated for certain businesses in the UK and beyond.

In related news, IAG, which owns airlines including British Airways and Aer Lingus, has pledged to power 10% of flights with SAF by 2030.

“It’s clearly challenging to transition to a low-carbon business model but, despite the current pandemic, we remain resolute in our climate commitments,” IAG chief executive Luis Gallego said. “Government support is critical to meet this target by attracting investment to construct sustainable aviation fuel plants that will deliver enough supply for the airline industry, creating highly-valued green jobs and economic growth at a global scale.”

IAG had already pledged to spend $400m through to 2040 to develop SAF plants across the world. In the UK specifically, it is lobbying the Government to support up to 14 plants by 2030.