Welsh Government pushing for £8.1bn investment in green infrastructure by 2025

Welsh Ministers will today (8 February) push for the inclusion of more than £8.1bn for infrastructure that will support the nation's net-zero transition in this year's Budget, including new funding for buses, rail and woodlands. 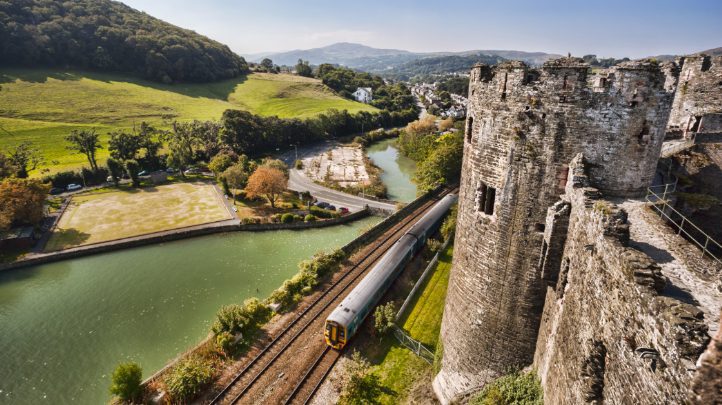 Ahead of a debate on the draft budget today, the Welsh Government is urging Members of the Senedd to support its Infrastructure Investment Strategy in full, on the grounds of Wales needing to deliver its 2050 net-zero target. The Strategy was first published on 20 December 2021 and sets aside more than £8.1bn for infrastructure through to 2025.

This funding package includes £585m of investment in rail and £185m investment in bus travel, which will be used to introduce new lower-emission buses and trains while also improving services. Some of the rail funding will be set aside for the South Wales Metro, which is due to enter operation in 2023. Wales notably has a commitment to ensuring that at least 45% of journeys are made using sustainable modes of transport by 2040.

On nature, the Strategy sets aside £153m. The headline project is the creation of a National Forest through the restoration of dozens of existing areas and the creation of new forest areas elsewhere. This was first announced in 2020, under the Welsh Government’s previous administration. Also detailed in the Strategy are plans to improve the Public Rights of Way Network, National Trails network and the Wales Coast Path.

“Within this Strategy, we are taking as broad a view of “infrastructure” as possible, ranging from the traditional built environment, to “green” and “blue” infrastructure, such as our woodlands and natural flood management investments,” the Strategy states.

On flood management, the Strategy sets out £100m of funding for flood defences, which is forecast to benefit more than 45,000 homes in the next three tears.

Not all funding included in the Strategy is explicitly “green” or “blue”. There is, for example, funding set aside for road expansion. However, Welsh Minister for Finance and Local Government Rebecca Evans has stated that the “overarching ambition” of the package is to “tackle the climate and nature emergency”.

The Strategy documents highlight the importance of ensuring all major projects financed now contribute to the delivery of a net-zero future. They also emphasise the need for the Welsh Government to consider social justice and to measure and address any environmental “trade-offs” – for example, when a coastal or flood defence system will impact biodiversity, net gain must be delivered.

Evans said: “Our budget set the foundations to strengthen public services, tackle the climate and nature emergency, and support a zero-carbon economy. Investment in the right infrastructure, in the right places, will be vital in achieving this.

“Investment will differ from sector to sector and from programme to programme, but we will look to position all future investments so they play their part in helping Wales reach net-zero. All areas of spend will consider environmental outcomes, even those which may have a different primary focus.”

Welsh Deputy Minister for Climate Change Lee Waters has called the measures included in the Strategy “a step in the right direction”.

The Budget debate in the Senedd is tabled for this afternoon. The draft Budget was published just before Christmas.

The Welsh Government notably formed a new Climate Change Ministry last May and, according to Cardiff University, the department received more than 59% of its overall capital spending allocations for financial year 2021-22. The Ministry does cover infrastructure including buildings and transport networks – a set-up designed to ensure net-zero-compatible infrastructure planning.