The National Trust, which turns 125 this year, has joined the likes of Yorkshire Water, The Body Shop and The Grosvenor Group by pledging to be net zero by 2030, two decades earlier than the Government’s own carbon emission targets. 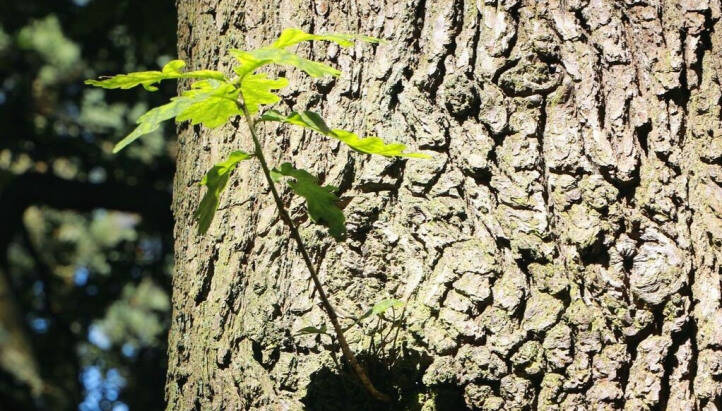 With the support of sustainability expert Carbon Intelligence, (formerly known as Carbon Credentials) the National Trust is one of the first organisations to commit to achieving net zero without relying on the purchase of carbon offsets. It is also one of the first to commit to a net zero future that encompasses deep reductions in emissions across its value chain, and significantly enhance carbon sequestration on the land they own.

Working with Carbon Intelligence, the charity has defined its net zero pathway, and is driving carbon reduction and removals activities across its value chain. This includes one of the UK’s biggest woodland creation projects with 20 million trees to be planted over the next 10 years.

More than 18,000 hectares of woodland – an area roughly one and a half the size of Manchester – will be strategically established across the nation to remove 300,000 tonnes of carbon which is equivalent to the annual emissions from 37,000 UK households.

Will Jenkins, Associate Director at Carbon Intelligence, said: “The ambition and credibility behind National Trust’s net zero target puts it in a position of leadership. The charity has chosen to take responsibility to reduce and mitigate all carbon emissions that occur right across its value chain, from its supplier’s operations, the companies it invests in and the properties it leases to its tenants. It has the rare opportunity to balance any remaining emissions by removing carbon from the atmosphere using the land it owns and manages.”

Phil Warren, Senior Consultant at Carbon Intelligence adds: “Through climate conscious agriculture, land management and conservation we mapped out how improving the quality of the National Trust’s land can ensure it acts as a carbon sink as well as providing many other environmental, social and economic benefits.”

17 per cent of the land the charity cares for will be woodland – an increase from 10 per cent. 17 per cent is the figure required nationwide if the Government is to hit its own net zero target by 2050.

The National Trust’s emissions and removals will be calculated on an annual basis according to the Green House Gas (GHG) Protocol International standards, the world’s most widely used GHG accounting standards. The Trust and Carbon Intelligence used the GHG Protocol to ensure all entities that make up the charity are accounted for within its carbon footprint, and to agree on the operational boundary – the charity’s activities that directly and indirectly generate emissions.

Its 1.5°C aligned science-based target will also be submitted for independent validation by the Science Based Targets initiative (SBTi).

Lizzy Carlyle, Head of Environmental Practices at the National Trust said: “The National Trust protects and cares for places so people and nature can thrive. But these places are under threat from climate change and responding to this threat is a top priority for the Trust. Our carbon target, which underlies our climate change programme, is ambitious, taking into account emissions across the entire value chain. With the support of Carbon Intelligence, we’re now working towards our ambition to be net zero by 2030 in a transparent and collaborative way. Our programme includes setting and achieving 1.5°C aligned science-based targets, and plans to unlock investment, drive innovation and implement best practice across our operations.

“With our 9,000 staff, 65,000 volunteers, close to 6 million members and 27 million visitors last year, we are the biggest conservation charity in Europe. We want all of our supporters to get involved in conserving those things that are under threat from climate change – nature, beauty and heritage, everyone can make a difference. We want to use our experience in moving to net zero to inspire others to follow suit.”

Net Zero: The Guide for Business

“It’s about matching your strategy to your ambition”.

What is your organisation’s level of ambition? Download our guide today.