The Business End of Climate Change 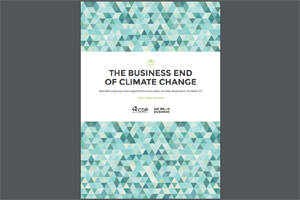 In the first edition of this study, researchers look at five initiatives that companies have joined to limit climate change: Science Based Targets, EP100, RE100, Zero Deforestation and the Low Carbon Technology Partnership initiative (LCTPi).

The researchers have also estimated what the impact on reducing emissions would be if all relevant companies that could join the initiatives actually signed up. And finally, the report assesses the overlap in impact across the analysed initiatives.