Chief executives from the likes of Unilever, Microsoft and Apple are among the 310 business leaders urging the Biden administration to back up its 2050 net-zero target with a strong interim emissions goal. 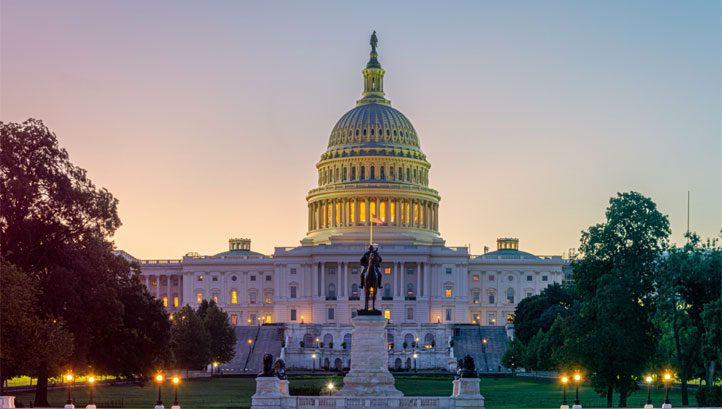 In an open letter co-ordinated by the We Mean Business Coalition and Ceres, the executives praise the administration’s decision to re-commit the US to the Paris Agreement and to table a climate bill including a 2050 net-zero target. Since the bill, known as the CLEAN act, was first introduced to the House of Representatives last month, Biden has built on his pledge to create 10 million clean energy jobs with sweeping jobs and infrastructure plans.

The letter argues that, for the US’s pathway to net-zero to be “credible” and for the full economic potential of the low-carbon transition to be realised, a legally binding climate target for 2030 should be developed. The target should require the US to reduce annual emissions by at least 50% by 2030, against a 2005 baseline, after the Intergovernmental Panel on Climate Change’s (IPCC) landmark 2018 report stated that global net emissions should be halved by 2030 to deliver the Paris Agreement’s 1.5C pathway.

“A bold 2030 target is needed to catalyse a zero-emissions future, spur a robust economic recovery, create millions of well-paying jobs, and allow the US to build back better from the pandemic,” the letter states.

“A 2030 target will also guide the US government’s approach to more sustainable and resilient infrastructure, zero-emissions vehicles and buildings, improved agricultural practices, and durable carbon removal.

“Finally, the commitment would inspire other industrialized nations to set bold targets of their own.”

These arguments are similar to those facing Ministers in the UK as they mull the Climate Change Committee’s recommendations on the Sixth Carbon Budget, including new targets for the 2030s.

Signatories of the We Mean Business Coalition and Ceres letter represent 310 businesses spanning virtually all major sectors and all 50 states.

“Businesses of all sizes recognise that reducing emissions is vital to keeping the US competitive and protecting the health and wellbeing of people and the planet,” Ceres’s vice-president for government relations Anne Kelly said. “By setting a strong target, the Biden administration can ensure the US is ready to return to its role as a global climate leader and spur further action from the private sector.”

The open letter comes as the UK Government faces mounting pressure to clarify its own net-zero pathway as MPs return from the Easter recess.

Ministers have long been accused of failing to ‘join up’ policy approaches between departments and recent months, in particular, have seen departments face accusations of hypocrisy over headlines regarding oil and gas investment, coal mining in Cumbria and the closure of the Green Homes Grant.

These accusations are now being added to with concerns that the UK will not credibly be able to encourage other nations to set strong net-zero pathways at COP26. An article in the Guardian this week summarises the concerns of major figures in the climate space, including former Irish Prime Minister Mary Robinson and Paris Agreement architect Christiana Figueres.

The UK’s COP26 unit is understood to also be debating the best format in which to host the conference in light of Covid-19. While the UK expects to fully lift lockdown restrictions domestically by 21 June, questions remain about international travel. Figures including Greta Thunberg and Yvo de Boer have stated that it may be preferable to postpone the conference once again.

At present, the Government’s approach to joining net-zero policy gaps largely lies in the development of a net-zero roadmap, outlining sector-specific targets and advice for meeting them. The roadmap is due this autumn.