The world's largest investor BlackRock has secured more than $250m from global investors and governments to support clean energy uptake and climate infrastructure across countries in Asia, Latin America and Africa. 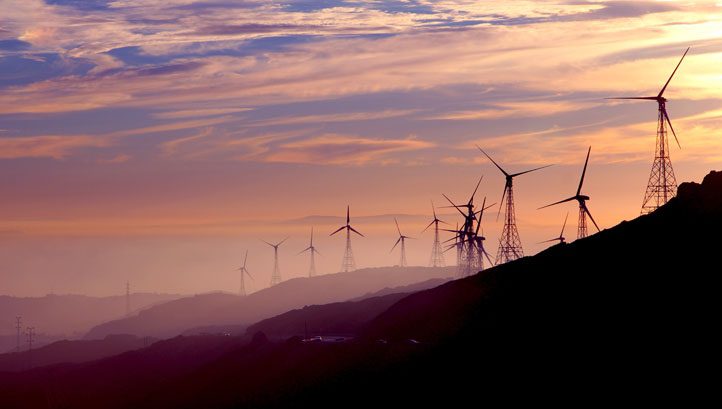 The CFP is aiming to generate at least $500m

BlackRock has secured more than $250m for the Climate Finance Partnership (CFP), which was introduced at the One Planet Summit in September 2018 under the leadership of French President Emmanuel Macron.

The CFP is designed to invest in climate solutions in emerging markets that will help communities that are most vulnerable to the impacts of the climate crisis. Investments are being prioritised across Asia, Latin America and Africa.

The Governments of France, through the French Development Agency (AFD); Germany, through KfW Development Bank (KfW); and Japan, through Japan Bank for International Cooperation (JBIC) have all committed to the CFP, alongside the Grantham Environmental Trust and the Quadrivium Foundation. These entities have issued a combined $112.5m to the CFP.

Commitments have also been secured from European pension funds, including Dai-ichi Life Insurance and banks such as Standard Chartered and the MUFG Bank.

BlackRock’s head of alternative investors Edwin Conway said: “We are honored to collaborate with this group of like-minded organizations from the public and private sectors to raise initial capital that will be used to help unlock the energy transition in emerging markets through the CFP.”

The CFP is aiming to generate at least $500m and is now halfway to that target.

According to Bloomberg NEF (BNEF) analysis, around $9trn is required to enable emerging markets to derive two-thirds of their energy demand from renewables by 2050.

BNEF also found that Covid-19 had slowed renewable energy investment globally in 2020 – but developed nations are likely to see similar levels of investment to 2019, which was a record year, while developing nations will take a bigger hit.

Some $150bn was invested in clean energy in developing economies last year, according to new International Energy Agency (IEA) analysis. But the Agency believes this figure must hit $1trn by 2030 to deliver a net-zero world.

Commenting on BlackRock’s announcement, the French Development Agency’s chief executive Rémy Rioux said: “This ambitious partnership, forged with Germany, Japan and leading global foundations, will help redirect financial flows toward sustainable development investments across the emerging world, with a priority to Africa as a key continent to France and Europe and one of the most vulnerable regions to climate change despite contributing the least to global warming.

“Our partnership illustrates the power of the Finance in Common (FiCS) movement, regrouping all Public Development Banks (PDBs) to co-invest with private financiers.”

edie’s Sustainable Investment Conference is returning in a virtual format for the second consecutive year on 13-14 July, with hundreds of professionals already registered to attend.

The conference will unite sustainability professionals from businesses and financial experts from investors to discuss the array of challenges and opportunities that embracing the green recovery can bring. Experts from the likes of BlackRock, UKSIF, UBS Asset Management, CDP and WWF feature on the event’s high-level speaker list.

Click here for a full agenda and to register for tickets.