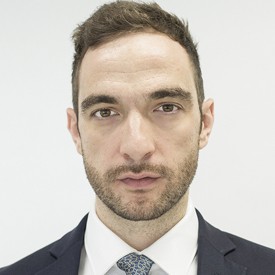 A powerful man wants purpose. What next?

Larry Fink's celebrated purpose letter has left many CEOs asking how much social benefit they should deliver.

What happens when the man charged with investing in the world’s largest companies says jump?  Such was the ripple that ran through markets last week from Blackrock CEO Larry Fink’s ‘purpose’ letter that many executives were left asking ‘how high?’

Wall Street’s respected scion signalled his desire to see companies ‘serve a social purpose’.  It is difficult to argue with $6 trillion of financial might, and those of us who want to see boardrooms consider more than just profit will be hard pressed not to welcome this move. Yet a Catholic education has taught even this author that, like an allegory from the Bible, exalted declarations on purpose have many interpretations.

In the 67 years of his life Fink has lived through 10 recessions in the United States, one impeachment and an eye watering distension of top corporate pay. You could say he knows a few things about the social contract gifted to the powerful from the societies in which they operate.

Fink’s pronouncements add weight to the growing momentum behind purpose-driven investment. Figures published last week by Barron’s suggest the number of institutional investors rating ‘ethical business practices’ as a key consideration has grown from 10% to 30% in the decade since 2005.

And yet whilst corporate website copy for thousands of companies articulate a form of ‘purpose’, CEOs were left asking two questions – how much and to what end?

Fundamental to cracking purpose is understanding it is a combination of drivers rather than merely an expression of intent.  Creating shared value, authentically anchored in the company’s mission that is delivered through action, underpins the purposeful company.  (Purpose = shared value + authenticity + action).

A difference needs to be drawn between exercising ethical business practices, and a social purpose.  The first, whilst ‘doing right’, only mitigates the exigencies of corporate behaviour.  The latter seeks to guide them.

The paper plant that does not spew effluent into nearby rivers is ethical.  But unless steered by a deeper mission to create social value, let’s say through a belief that it exists to make materials that give back to the planet rather than take away from them, it lacks a purpose.

The mission needs to come from the top, and be grounded in where the company can have greatest impact, otherwise it lacks authenticity.

In a letter to Facebook’s users, Mark Zuckerberg sought this month to reorient his tech giant to be more focused on delivering ‘more meaningful social interactions’ for its global community of users. Google has a mission to organise the world’s information, and make it universally accessible and useful.  Even little known detergent makers Seventh Generation aim ‘to inspire a consumer revolution that nurtures the health of the next seven generations.’

What connects these companies is that they have articulated a mission for not only how they operate, but fundamentally how they make money.

They are in stark contrast to those who publish punctuated purpose statements - an expression of what the company does, followed by a preposition on how they do it.  This we might call ‘lazy purpose’.  The car company that wants to ‘make driving smooth, safe and support families’ has questions to ask about whether it has a ‘purpose’ beyond a marketing slogan to sell more cars.

And finally it needs action, and measurement. How is Facebook going to create meaningful connections that bridge difference in an increasingly divided world? How can the world’s leading corporates ensure they pay the tax share many of their consumers and citizens believe they should?

What’s the playbook for when investor pressure outweighs obligations from a company’s purpose commitment? If Ben and Jerry’s social oriented mission, which has seen it support gay marriage in Australia, starts to harm sales in America, does profit trump purpose? Financial results from Unilever’s annual report suggest the ice cream maker yet to face this conundrum, but many will.

If Fink has sounded the gong for purpose, CEOs should be asking their leaders for the manual. And if companies want employees and their consumers to buy into purpose, tough questions need to be answered.