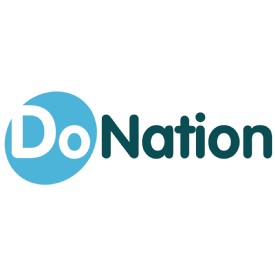 The Do Nation Blog
by Hermione Taylor

Do Nation is here to make sustainable living fun, social, and mainstream. The organisation believes that making the world a better place is about actions - so it helps people to make small changes and inspire others to do the same.

@The_DoNation More from this blogger Create your own blog

Behaviour change on scale: 10 tips to create habits that stand the test of time

Behaviour change can be a complex thing, especially when you're trying to encourage it on scale. If it was easy, then half the world's problems wouldn't ever have arisen.


But if it were impossible, many of the world's past problems would still linger. We'd still be poisoning ourselves with lead-based make up; squashing our organs with tight corsets; gambling with lives as we drive home drunk.

So change is possible. It’s time to make it happen for sustainability.

That's our mission at The DoNation, but while we keep chipping away, I thought I'd share ten tips for running behaviour change campaigns that we've learned along the way, so that you can drive even more change in your own community.

Humans are social animals. Our behaviours are heavily influenced by those around us, particularly people we respect and admire. So make sure you carefully choose some leaders to inspire the crowd to come on board.

We’re social, and we’re complex. We are barely ever driven to do something by just one pure motivation. Whether it’s to save money, for our personal health, the greater good, or to keep up with the Joneses, it’s important to play to a multitude of motivations when encouraging people to change behaviours.

When it comes to deciding what behaviours you want your campaign to focus on, theres a fine balance to strike. Don’t be so prescriptive that you exclude the many, perhaps by solely focusing on cycling, but equally, don’t offer such an overwhelming range of choice that people turn and run.

Instead, curate a selection of actions tailored to the circumstance of your campaign, so that there’s something for everyone.

If we want to make sustainable living mainstream, we’ve got to make it aspirational. Instead of filling people with fear, fill them with hope - selling the positives of a sustainable lifestyle (of which there are many).

If you proposed to someone on a first date, you’d almost certainly scare them off for good. Likewise, if you ask them to change a habit for life without ever having tried it out, you’re probably not going to get very far. Ask people to give their new actions a go for a couple of months instead - chances are that in this time they’ll form habits that stick.

Public commitment is one of the most underrated tools in our armoury. But in order for it to really work, the commitment or pledge needs to be shared with a community of people who you know and associate with - your colleagues, neighbourhood, college, sports club.

Sustainability can be a pretty intangible concept. Ask people to live more sustainably and they probably won’t know where to start. But if you break it down into really simple actions it becomes surprisingly straightforward: cycle to work, eat less meat, walk up the stairs, turn the lights off. Where necessary, give advice and tips.

Show people that that not only do their actions have a direct impact, but together, they can be far greater than the sum of their parts.

If you can show people that they’re not alone in taking action, that they’re part of a movement, it’ll really empower them. But it’ll also help to show the decision makers higher up that people care, that they have a license to push for change on a bigger scale.

Life is busy and there are lots of things fighting for our attention. So if you want people to remember about their commitment to try a new behaviour, you’ve got to follow up and remind them, to help them keep it front of mind, whether in person or using digital tools.

Last but not least, once new habits have been formed, no matter how big or bold, acknowledge them. There may be a debate around the effects of direct personal rewards, but there’s always a role for a simple ‘well done’ and a bit of cake. It’s amazing what people will do for cake.

These tips are taken from our recent report - Behaviour Change on Scale: ten tips to create habits  that stand the test of time.