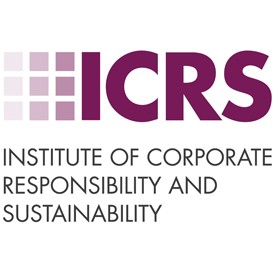 The ICRS Blog
by ICRS

The Institute of Corporate Responsibility and Sustainability (ICRS) is the UK’s professional body for everyone committed to responsible and sustainable business.

@WeAreICRS More from this blogger Create your own blog

How strange it might be for the people of Britain to arise from their beds on Friday, 24 June to find that, for the first time in a generation, they are part of a country that stands outside of the European Union (EU).


EU Referendum campaigning to either leave or remain as part of the 28-nation bloc of countries has been spiky and divisive these past few months, enlivening fierce debate across the generations. Which way the electorate will go, nobody knows.

What is certain is that the referendum poses a number of questions for those of us working in corporate responsibility and sustainability (CRS) to consider.

Whether David Cameron and his Remain campaign are right or not, Brexit does bring with it economic uncertainty. Many believe that the last time the UK’s economy faltered, back in 2008, the corporate sustainability movement won the day. Keen to cut costs, more and more companies sought new and creative ways to build efficiencies and reduce their reliance on commodities most at risk of price shocks – practices that continue to this day.

But whether the work of CRS teams might have to take a back seat, at least in the short term, while business grapples with the implications of being outside of the European Single Market, is a major question.

The fear amongst green activists is that the EU laws which they have worked tirelessly to secure these past few decades – and which provide solid foundations for wider corporate sustainability strategies and targets – will fall by the wayside in the event of Brexit.

The collective action of EU nations that championed a strong climate change deal in Paris last Christmas, encouraging other countries to take a similarly ambitious position, provides a snapshot of evidence of what can be achieved at an EU level.

Like many professions, the CRS sector benefits from the free movement of employees in the EU, enabling us to recruit efficiently from a larger talent pool. Will leaving the EU mean less access to great people from the EU or might it encourage employers to cast their net more widely beyond the confines of Europe?

Of course, companies are in a much better place to be creative, nimble agile and innovative than governments ever can. In this context, perhaps the fears over Brexit are needless given the propensity for business to taker a much bolder stance on sustainability and environmental issues than governments anyway.

The sustainability profession has become a crucial cog in the wheel of business success these past ten years, providing an important function for mitigating environmental and social impacts and reducing risks that could impact long-term growth.

Whether we choose ‘in’ or ‘out’ on the ballot paper this week, it is up to the CRS profession to continue to make headway in businesses up and down the country, helping to build resilient and sustainable organisations, now and for the long-term, whatever that might look like.