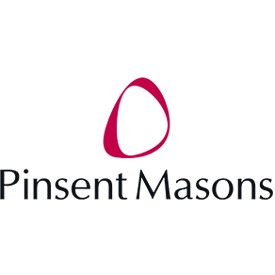 Ellie Watson is an energy and environmental lawyer at international law firm Pinsent Masons, which guides a diverse range of multi-national clients through transformational change.

@PinsentMasons More from this blogger Create your own blog

How will Brexit impact our involvement in the Emissions Trading Scheme?

The UK's vote to leave the EU has prompted a period of turbulence in British politics. Amid the political upheaval and heated debate, concern is mounting about the future of UK's involvement in the EU Emissions Trading Scheme (ETS).


The flagship European initiative often held out as a shining example of effective greenhouse gas  reduction, is the world's biggest emissions ‘cap and trade’ scheme operating across 30 countries.

In the UK, more than 700 UK-based energy intensive installations, including power stations, manufacturing facilities and oil refineries, participate in the EU ETS. Operators of such installations are required to surrender allowances equal to total emissions of carbon dioxide (and some other greenhouse gases) emitted from the installation each year. Annual emissions reports are required with companies incentivised to reduce output by actively trading allowances.

While it’s a well-respected initiative, the EU ETS is by no means perfect. In 2014 over allocation prompted criticism after a market crash had to be tackled with back-loading of allowances and the introduction of a new market stability reserve.

Despite the occasional challenges, the scheme is an important instrument for the UK in the pursuit of greenhouse gas reduction. As such there will be pressure from some quarters to continue to work within the European-led initiative. For now at least, it is business as usual and the operators of UK installations must continue to comply with the EU ETS or risk large financial penalties.

But what are the options for emission trading in post-Brexit UK? And what could any change mean for businesses which have invested significant time and money in complying with the EU ETS?

Unlike our departure from Europe there is an option for the UK to continue to participate in the scheme. Indeed, Iceland, Lichtenstein and Norway all do so despite not being members of the EU. Given the UK's instrumental role in devising and negotiating the mechanics of the EU ETS and subsequent reforms since its launch in 2005 this seems a likely scenario.

To date, UK Government has been a keen driving force behind climate change in Europe. Furthermore, domestic environmental policy including the Climate Change Act 2008 and the five yearly carbon budgets have been the bell weather for carbon reduction demonstrating a strategic and hands-on approach to controlling emissions.

Maintaining the status quo may be the obvious outcome. But if we've learnt anything from recent political upheaval, banking on the obvious can be risky.

Of course a break from Europe could mean a divorce from all EU-linked climate change initiatives. No doubt this strategy would be favoured by some Brexiters.

In this case, UK officials may plump for an independent domestic emissions trading scheme with potential transitional links to the established EU system. While such a plan sounds straightforward it's worth noting the recent Swiss-experience of launching a scheme based on this structure.

A complex and lengthy five year negotiation period concluded in January with plans for the Swiss scheme now finalised. The date for implementation is yet to be set, signalling a tough road ahead if UK officials opt for this route.

For those businesses covered by the EU ETS, an overhaul would no doubt bring a heavy burden of red tape and significant costs to ensure compliance to a new system. Such a move would add an unhelpful layer of complexity during times of political and economic instability.

EU ETS has reached the halfway mark of its third phase. With negotiations for the fourth (scheduled for a 2020 launch) already underway, the UK's exit from Europe comes at a challenging time for UK carbon reduction policy.

While UK businesses are left in limbo waiting for the impact of Brexit to be fully realised, it's clear that the future of emissions trading in the UK will shift in some way.

Although the UK legally has a right to be an active participant in the negotiations of next generation and the reforms of the EU ETS, its divorce from Europe will mean its influence on the next phase and the final carbon allocations will be diminished.

For those instrumental in the launch of EU ETS and those businesses grappling with reducing carbon, this will be a bitter pill to swallow.