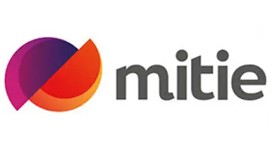 The Mitie Blog
by Mitie

Mitie Energy are an award-winning, UK-based energy, utilities and sustainability solutions business. Our end-to-end capabilities mean that we can advise, implement, deliver and manage everything from standalone services to a fully outsourced and integrated solution. We offer these through our Buy>Reduce>Comply framework. This framework covers everything you might need to procure and reduce your consumption of energy and utilities, all while complying with relevant environmental legislation.

@mitie More from this blogger Create your own blog

Planning for the next power outage

Lee Stokes, head of sustainability solutions & innovation for Mitie Energy, looks back at August's UK-wide power outage and reveals how businesses can build resilience should the worst happen.


On the evening of Friday 9th August, a major blackout cut the power to a million homes and businesses in England and Wales. In the resulting chaos, thousands of people were left stranded in train stations and airports, while traffic light failures ground some of the country’s busiest roads to a halt. Energy regulator OFGEM has launched an investigation into whether the National Grid and 12 local electricity network companies breached their licence conditions in the event of the power outage.

But regardless of who’s to blame, the UK’s biggest blackout in more than a decade should serve as a wake-up call to businesses and the UK’s energy industry. The power outage exposed the fragility of our electricity network. At 4:58pm on Friday, a 740MW gas-fired power station in Bedfordshire stopped feeding the grid. Less than two minutes later, a windfarm producing 1.2GW off the Yorkshire coast also ceased its supply. This quick succession of failures meant that the grid no longer had enough power to meet demand. UK grid frequency dropped from the normal range of around 50 Hz, to a dangerously low 48.8 Hz.  National Grid aims to keep the frequency above 49.2 Hz, and the UK risks a total blackout if the needle hits 48.5 Hz.

National Grid did all it could to keep the power on. Automatic recovery processes including Demand Side Response (DSR) all kicked into action as planned, these should be able to compensate for a loss of supply a little over 2GW.  However, the UK still saw significant loss of power for end-users as these measures were not enough to rectify the 1.9GW problem we experienced. Businesses who participate in the DSR scheme, such as Mitie’s clients, are committed to reducing their power usage from the grid in cases where demand for power exceeds supply. The capacity from these fast-responding schemes is around 900MW, with power stations held in reserve increasing production to provide additional resilience.

The worry is that this could happen again. National Grid is reported to have experienced three separate blackout “near-misses” in recent months, while the Grid Operator has also warned that greater dependence on renewable power sources could risk the network’s stability in the future.

There are, of course, steps the UK can take to mitigate future disasters. One option is to increase the reserve capacity through initiatives like DSR. But this solution is likely to be unpopular as it would increase energy costs for businesses and residential customers.

Alternatively, businesses now have a range of opportunities to take the matter into their own hands. UK demand for power is increasing, but how much more stress this puts on the grid is up for debate. Ultimately, it all depends on a company’s personal risk appetite.

Businesses could negotiate a ‘private wire’ Power Purchased Agreement (PPA) that is not grid-dependent. This would allow the user to share savings with the generator, avoid grid charges, and protect itself in the event of another blackout.

Another option is to deploy grid resilience by installing equipment such as an uninterruptible power supply or a battery energy storage system (BESS). This type of kit is a good way to protect a site should the grid’s power supply fail.

Companies that desire an even greater level of resilience have the option to create their own power and should explore on-site renewable energy. This includes solar, wind power, and ground source heat pumps. Renewable solutions like these could give businesses total independence from the grid if implemented correctly.

Now is the time to act. The latest blackout may not have been a stand-alone event and creating a resilient system is the only way companies can ensure they are protected.

If you would like to learn more about how you can build greater resilience into your organisation’s energy provision, why not contact us.