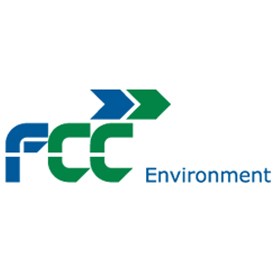 With the Repeal Bill set to go through Parliament when MPs return from recess, we now have a once-in-a-lifetime chance to create a waste sector that works for the UK.


We now know that The European Union (Withdrawal) Bill, otherwise known as the Repeal Bill, will start its potentially bumpy passage through the House of Commons on the 7th September.

The Bill – a hugely significant piece of legislation - aims to transpose existing EU legislation into UK law, whilst also repealing UK membership, as enshrined in the 1972 European Communities Act. Once this process, which will no doubt be fraught with difficulties, is complete the UK will be able to amend its own laws.

For the first time in many years, we will now have a chance to have a frank discussion about what the UK’s own laws look like. For the waste sector, the opportunity is unprecedented. Waste policy has been long ignored by the UK Government, which has meant that laws and regulation that we currently have in place is outdated and not reflective of the current economics.

Post the Repeal Bill, the government will, in theory, have the power to make the legislation governing our sector fit for purpose. We have long been calling for a root and branch review, followed by comprehensive reform to move away from the EU models that have been holding the industry back from reaching its full potential. With reform, the UK could realise the productivity and efficiency gains to be had from waste as an economic resource.

EU policy has long failed to provide an appropriate framework to utilise UK resources. We would like to see Defra look again at the Circular Economy Package which outlined a number of policy ideas that, while admirable, are increasingly unattainable for the UK. This has been strongly highlighted by a new report published by Policy Exchange in March, which shows that the UK continuing to adhere to EU Circular Economy legislation would impose an additional cost on UK businesses of £1.9 billion (in the period 2015-35).

Given these shortcomings, it is clear to us that the UK Government should not simply settle for the ‘one-size-fits-all’ approach previously adopted by EU environmental directives, and make sure that after the Repeal Bill the Government makes altering environmental legislation a priority. We would like to see the UK create a more coherent set of policies which better suit the UK’s fiscal environment.

The Bill absolutely needs to provide certainty and continuity to business and organisations. But it also needs to consider what opportunities there are to introduce new measures that could contribute to the kind of Great Britain we want to be post-Brexit.

Specifically this means creating a legislative environment which recognises the importance and potential of Energy from Waste (EfW). EfW - burning waste to create clean energy – is well-established within the global waste hierarchy. However, in the UK it has suffered from a poor historical image which is not only persistent but outdated.

In reality, EfW is a far superior alternative to landfill, and in northern continental Europe, Scandinavia and Germany in particular, EfW is viewed as playing a crucial role in its energy supplies. In light of Brexit, there is now an opportunity for the UK to fully embrace EfW as a viable, sustainable and cost-efficient method of not only managing our waste but helping safeguard the UK’s long-term energy security. Energy security will become increasingly vital in the future, especially with the Government announcing a move away from petrol and diesel cars by 2040. EfW is a forward-looking method, fit for the UK’s future energy consumption needs.

Waste is not just an environmental issue. It is an economic one too. Increased investment and a more favourable regulatory regime from the UK government could enable the waste industry to deliver 50,000 new British jobs and boost UK GDP by an additional £3bn through additional infrastructure. It could also replace ageing infrastructure and address a waste capacity gap of around 20 million tonnes. If this was specifically diverted to EfW plants, it could significantly boost productivity and performance in both the energy and waste sectors.

I strongly believe our industry will prosper in a post-Brexit Great Britain. Good waste policy is essential to create a truly ‘Global Britain’, and we need the new Secretary of State, Michael Gove to champion this cause. We look forward to working with him to make the UK match-fit for the global challenges to come and to make the most of the Brexit opportunities. After the Repeal Bill passes, we now have the chance to do this.