Germany's vice-chancellor Robert Habeck has stated that Berlin will examine a contentious proposal by the European Commission to include nuclear power and fossil gas in the EU's sustainable finance taxonomy before considering a potential lawsuit. 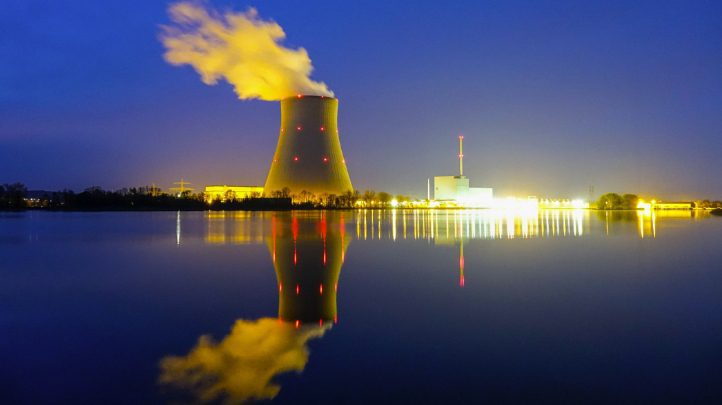 Pictured: Nuclear power generation next to the Isar river in Bavaria

The EU’s proposed green investment label for nuclear and gas has attracted scathing criticism, with Austria and Luxembourg saying they would challenge the proposal before the European Court of Justice.

Now, Germany is also considering legal action against the proposal. “We will observe the vote in the European Council, and then we will check whether everything is legally correct and clean,” said Robert Habeck, Germany’s minister for the economy and climate protection, adding that “this is not an announcement or an exclusion.”

“The position of the federal government is that it would not have needed the second delegated act,” Habeck told journalists, referring to the legal form of the proposal, a fast-track procedure whereby EU countries delegate legislative powers to the European Commission.

“We will see what kind of majority will be formed in the Council,” Habeck said during a visit to Paris where he met with French economy minister Bruno Le Maire and ecological transition minister Barbara Pompili.

“And after that, it will be necessary to decide whether the legal examination will lead us to a lawsuit or not,” he added.

The German government is split on the inclusion of fossil gas in the EU’s green finance taxonomy. While all parties are united in their rejection of nuclear, Habeck’s Greens are opposed to the inclusion of gas while the socialist SPD party of Chancellor Olaf Scholz is in favour.

Steffen Hebestreit, the chief spokesperson of the German government, admitted that the question of a lawsuit was now on the table but suggested it had little chance of succeeding.

“So does the EU Commission have the right to regulate something like this or not?” he wondered. “As far as I know, a lawsuit could not be directed against the content of such a regulation, but only against the legal basis,” he explained. The European Commission, tasked by EU member states and the European Parliament, “seems to be on safe legal ground,” he told journalists on 3 January.

However, Habeck and his fellow Green ministers in government, have little choice and are bound by a resolution adopted at the Green party convention in January.

The resolution, adopted on 28-29 January, asks Green ministers to “examine whether the delegated act is tenable and, if it is not, to initiate its own lawsuit against the classification of nuclear energy and natural gas in the EU taxonomy or, alternatively, to join the lawsuit of Austria and Luxembourg in the matter”.

Will Spain join the lawsuit?

While Austria and Luxembourg have clearly stated their intention to challenge the EU taxonomy in court, Spain has been sitting on the fence.

Teresa Ribera, the country’s Ecological Transition Minister, said the European Commission made a “big mistake” by labelling nuclear and gas as “green investments”. Speaking to the Spanish public TV broadcast ‘El Cafè d’idees’ on 4 February, she advocated investment in renewables instead to achieve the EU’s goal of carbon neutrality by 2050.

However, she did not explicitly back legal action, saying any decision to join the lawsuit filed by Luxembourg and Austria would require, above all, a clear legal analysis before taking action.

Others, meanwhile, seem confident about Spain’s readiness to go to court.

“Spain shares Austria’s position one-to-one. Spain sees neither nuclear energy nor fossil gas in the taxonomy and has made this very clear before,” Austria’s environment minister Leonore Gewessler told EURACTIV in November 2021.

A legal analysis by Austrian lawyers last year found that the inclusion of nuclear and gas in the taxonomy had no legal basis.