Representatives from more than 200 businesses, housing associations, local authorities and trade bodies are urging Ministers to ensure that the upcoming Heat and Buildings Strategy mobilises enough finance to address "major" barriers to decarbonisation. 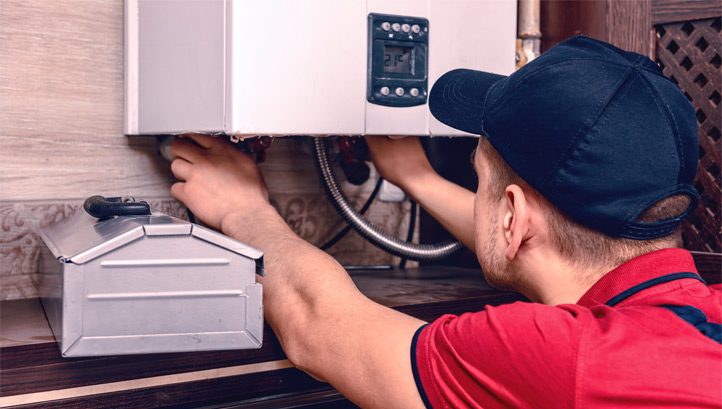 The Coalition for the Energy Efficiency of Buildings (CEEB), which was established last year by the Green Finance Institute and now represents more than 200 organisations across the built environment value chain, has issued the call to action in a new report. CEEB members include Centrica, SSE and Worcester Bosch from the private sector, alongside ten local councils and a string of major financiers.

Entitled ‘financing zero-carbon heat: turning up the dial on investment’, the new report identifies a string of barriers to scaling up investment in low-carbon heat across the UK – particularly for domestic properties, which are responsible for two-thirds of annual emissions from the built environment.

According to the CEEB, some £65bn of investment is needed to ensure that all homes in the UK meet an Energy Performance Certificate (EPC) rating of ‘C’ or higher. While the Future Homes Standard will mean that homes built in the future will meet this standard, most of the homes that will exist in 2050 already exist – and 85% of homes are connected to the gas grid at present. Moreover, Ministers are facing pressure from green groups and their own Climate Change Committee to bring the implementation of the new standard forward.

Beyond improving efficiency, multi-billion-pound packages will be needed for district heating, electric heating and alternative fuels, including hydrogen and energy-from-waste (EfW).

While the CEEB has welcomed the multi-billion pound pots allocated to energy efficiency through the Summer Economic Update, and to renewable electricity and hydrogen in the Ten-Point-Plan, its members are ultimately looking for longer-term policy certainty and a broader range of supports.

The Coalition is recommending that the replacement for the Renewable Heat Incentive (RHI) should offer help towards up-front systems costs – and that it should be complemented with new mandates for developers and housing associations, intended to phase-out high-carbon heat systems. It also notes that the private sector has moved more rapidly than policy in some cases, with the growing markets for green mortgages and retrofit products likely to benefit from central government support.

Overall, the report cautions against a “one-size-fits-all” approach – or of waiting for a “silver bullet” in terms of technology, like blue hydrogen. It outlines the climate, economic and social benefits and drawbacks of heat pumps, district heat networks, biogas and hydrogen.

“In the run-up to COP26, the UK has an opportunity to show global leadership and deliver a green economic recovery with rapid, coordinated action on zero-carbon heating,” the report states. “Heat decarbonisation presents an opportunity to spur near-term economic growth and support the Government’s bold ambition to create two million green jobs by 20304, with a high jobs multiplier effect. Recent studies have estimated that nearly half of all green jobs by 2030 will be in clean electricity and low-carbon heat.”

The Heat Strategy has faced multiple delays due to Covid-19 and Brexit. BEIS and the Treasury have confirmed in recent weeks that it has been merged with the Buildings Strategy, due to the interconnected nature of the energy and built environment sectors.

BEIS Secretary and COP26 President Alok Sharma previously told MPs and media representatives that the Strategy would be published by the end of 2020. But with three weeks left in the year and with Brexit negotiations with the EU ongoing, the chances of this happening are growing slimmer by the day.

Businesses, green groups and trade bodies have been urging the Government to accelerate action on heat for some time now. Indeed, it has been repeatedly raised by the CCC’s chair Lord Deben.

Heat is often cited as a key area for policy gaps on the road to net-zero by 2050. Low-carbon sources accounted for just 5% of the UK’s annual domestic heat demand in 2019 and the rate of government-supported upgrades for home heating is just one-fifth of the level needed.

The Government’s current proposed solution for increasing uptake its Clean Heat Grant – the replacement scheme for the RHI. But some have claimed that the support will reach just 12,500 homes per year, when up to one million properties will need to be abated annually.

The CCC’s Sixth Carbon Budget advice, published this week, places more pressure on policymakers. The Committee is recommending that net annual emissions should be 78% lower in 2035 than they were in 1990.

“Around one million heat pumps need to be installed per year to make an impact on that figure – up from just 32,000 a year at the moment – so it’s an exponential leap,” Delta-EE’s head of heat research Lindsay Sugden said.

“The challenge is greatest in existing buildings, where currently less than one in 100 boilers are replaced with a low carbon alternative – this needs to increase to one in three to get near the target. Customer and installer adoption are strong barriers, and incentives alone have struggled to overcome this.  The combined stick and carrot approach now proposed, with a possible ban on natural gas boilers by 2033 combined with subsidies and grants, will be vital to increase uptake of low carbon heating. A long-term plan with stable support is critical for the industry to have the confidence to invest in the supply chain and labour force needed to make this exponential leap in low carbon heating.”