Lawmakers in the European Parliament have voted to pass the EU's €672.5bn recovery and resilience facility, unlocking unprecedented funding aimed at helping Europe "build back better" after the COVID-19 crisis. 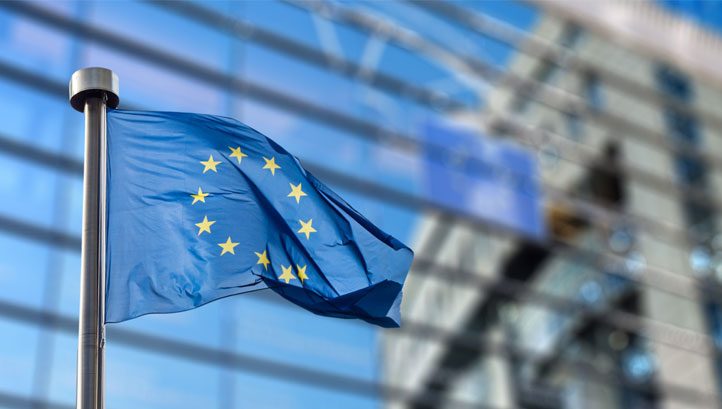 The fund – approved by 582 votes in favour, 40 against and 69 abstentions – confirms a political agreement reached by EU leaders in December, which reserves 37% of the fund for spending on climate-friendly measures.

With the Parliament’s green light, €265bn from the total will be made available for the green transition in the form of grants and loans handed out to EU countries. The regulation establishing the new facility will come into force later this month.

“This agreement marks an historic step for Europe,” said Ernest Urtasun, a Spanish Green MEP who was negotiator for the fund in the Parliament’s economic affairs committee.

“We have shown that we can build this route to recovery together and support member states worst hit by this crisis,” he said.

The facility, made up of €312.5bn in grants and €360bn in loans, is designed to help countries recover from the COVID pandemic and navigate the green and digital transition.

“Defeating the virus thanks to vaccines is essential. But we also need to help citizens, businesses and communities exit the economic crisis. The Recovery and Resilience Facility will bring €672.5bn to do just that,” said Commission President, Ursula von der Leyen.

While 37% of the money is set aside for climate-friendly investments, 20% will be allocated to digital spending.

Even though Green MEPs were disappointed that biodiversity protection won’t be covered by the fund, they said the new facility will be “a game-changer” and “an unprecedented sign of EU solidarity” in response to the COVID crisis.

“For the first time ever, funds are raised collectively at the European level and directed to Member States based on the economic impact of the COVID-19 crisis,” said Damian Boeselager, a German MEP who was a negotiator for the Greens in the Parliament’s budget committee.

“This money will allow countries to respond to the fiscal pain caused by the pandemic, while maintaining or even increasing public investments in European priority areas, and channelling €250bn into the green transition, as well as €134bn in the digital transformation,” he added.

The recovery and resilience facility is the biggest component of the EU’s €75bn Next Generation EU recovery package, the largest EU programme ever developed.

The 37% set aside for the climate will be tracked with a new, hybrid methodology, partly based on criteria developed under the EU’s green finance taxonomy.

Still, environmental NGOs said it could have gone further. WWF, the global conservation group, said the fund includes the obsolete criteria from the “Rio Marker” methodology, which inflated climate figures and was heavily criticised by the European Court of Auditors.

Lots of work still to do

EU countries now have to submit their national recovery plans to the European Commission for scrutiny by April at the latest. Once validated by the Commission, EU member states and the European Parliament, countries will have until 2026 to implement them.

But there is still a lot of work to be done, warned Ana Paula Zacarias, Portugal’s secretary of state for European Affairs. During a debate in Parliament, she said countries need to submit plans as soon as possible and ratify their decision allowing the Commission to go to markets and finance the recovery package.

According to the Portuguese Presidency, the Commission is in “intensive dialogue” with member states about their plans and has received drafts from 19 countries. Eight countries – Luxembourg, the Netherlands, Ireland, Austria, Lithuania, Poland, Malta and Estonia – are yet to submit plans.

There are also concerns that some of the national plans have not come under sufficient public scrutiny. According to research by green NGO Bankwatch, 20 countries had almost no public scrutiny on the elaboration of their plans while projects were not subject to environmental impact assessments, which are both required under EU law.

“Member states are making investment decisions today which will shape our economies for decades,” said Markus Trilling, a campaigner at Climate Action Network (CAN) Europe.

“This cannot happen with citizens left outside, which is why public consultation processes are part of Europe’s legislative framework,” he added.

One key concern from environmental groups is that EU money will go to fossil gas projects, a possibility which the Commission has indeed not ruled out.

A proposal from the Greens to exclude all fossil investments was not supported by Christian Democrats and liberals in the European Parliament as well as national governments from central and eastern EU member countries, which are planning investments in gas in order to phase out coal.

Gas needs to meet the ‘do no significant harm’ criteria to be eligible for funding, which excludes normal gas-fired power plants, but allows gas plants with cogeneration or district heating to receive EU money.

For those reasons, the overall picture is mixed, the WWF said.

“The 37% climate target is positive but too low, and it does not include biodiversity explicitly, which is inconsistent with the European Green Deal and its 2030 Biodiversity Strategy,” said Sebastien Godinot, an economist at the conservation NGO.

According to MEPs, Parliament must now closely monitor the plans and how the Commission assesses them in order to ensure that environmental requirements are met.

“A sustainable recovery is the precondition for staying below 1.5C of warming,” said Bas Eickhout, a Green MEP on the environment committee and a leading figure in the European Parliament.

“The basis for getting out of this crisis greener is there. It is now up to the EU countries to actually submit sustainable plans and to the European Commission to monitor them closely,” he said.