Michelin to expand hydrogen focus on road to net-zero

Tyre giant Michelin has unveiled a new strategic vision that will see it scaling up its smart technology and hydrogen fuel cell businesses while halving emissions from operations and transport by 2030. 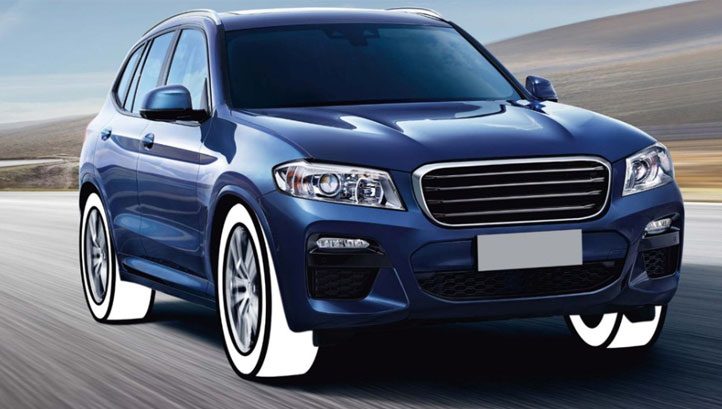 Confirmed at the company’s Capital Markets Day late last week, the vision links the ‘All Sustainable’ sustainability strategy through to 2030 with Michelin Group’s business plan for growing non-tyre parts of its business. It states that “post-Covid mobility trends and the accelerating growth of the electric vehicle (EV) market represent genuine growth opportunities for the Group, which has developed unrivalled technological leadership in the design and manufacture of tires purpose-engineered for EVs”, adding that Michelin will use sustainability as a differentiator for products and services.

Aside from tires for EVs, the Group is planning to scale up its medical devices, 3D printing and hydrogen fuel cell businesses this decade. On the latter, it has forged a joint venture with French automotive firm Faurecia called Symbio, and hopes for it to be a “world leader” in the field.

“Though we’re staying true to our core mission, we plan to strongly alter the Group’s identity by 2030 by expanding to new high-added-value activities around and beyond tires,” Michelin Group’s chief executive Florent Menegaux said.

The Capital Markets Day saw members of the C-suite explain how these strategic aims are linked to existing targets across the triple bottom line of people, planet and profit, which were recently updated.

On the ‘planet’ pillar, Michelin’s strategy includes an ambition to halve Scope 1 (direct) and Scope 2 (power-related) emissions, as well as Scope 3 (indirect) emissions from transport by 2030, against a 2010 baseline. The business will focus on renewable energy procurement and procuring raw materials that are recycled, renewable or certified as sustainable. Michelin Group believes this will put it on track for carbon neutrality and 100% sustainable raw materials by 2050.

The news from Michelin comes as Toyota Motor Europe is announcing that it will supply and integrate hydrogen fuel cells for one of Europe’s major hydrogen railway projects.

Called the FCH2RAIL project, the €14m scheme launched in January and is due to begin real-world prototypes in Spain and Portugal in the coming months. The prototype train will draw electricity from overhead lines where they are present, but on stretches of line with no power supply, the energy will come from the on-board fuel cell and battery system – the fuel cell hybrid power pack.

FCH2RAIL has secured €10m in funding from the European Commission and is being spearheaded by Germany’s Centre for Air and Spaceflight’s EV division. Many European nations are notably planning to completely phase out diesel trains in the coming years.

In a statement, Toyota Motor Europe said that hydrogen trains are not yet cost-competitive with diesel, but that this should change in the near term as major challenges are solved.

“The international project team still has a number of technological challenges to solve before the first trial runs can take place: in design terms, the fuel cell and battery modules must be combined and controlled in such a way that the system meets all requirements and can be implemented cost-effectively,” the statement reads.

“In addition, it should be possible to use the waste heat from the fuel cell modules in an efficient way to heat and air-condition the train. As part of the project, the air conditioning manufacturer Faiveley/Stemmann Technik (STT) and DLR are investigating innovative solutions to reduce the energy demand for heating, ventilation and air conditioning.

“The project is also examining norms and standards in the fields of hydrogen and rail transport and attempts to bring the two together, assuring safe interaction between the hydrogen technology and overhead catenary at all times. Based on this, the project team is developing proposals for EU authorities to ease the approval process for these trains in the near future.”

A recent report from Boston Consulting Group states that the global hydrogen sector could reduce annual global emissions from sectors including transport and heavy machinery by six gigatones by 2050. In transport, the report predicts that the market will grow to $45-500bn by this time.

For these benefits to be realised, the report states, Governments and the private sector will need to work together to scale up infrastructure and accelerate innovation, which will reduce costs. There is also a great deal of work to be done in scaling up clean hydrogen. In 2019, more than 95% of the hydrogen produced globally was “grey” – i.e. its production relied on fossil fuels.

Here in the UK, the publication of the Hydrogen Strategy and Heat and Buildings Strategy is imminent. These policy strategies will build on the £500m earmarked for hydrogen in the Ten Point Plan from last November. This initial funding pot will support the delivery of 5GW of low-carbon hydrogen production capacity this decade. Projects are underway in locations including Teesside, the Humber and the Isle of Wight.