Race to Zero: What’s set to be included in the UK’s green Covid-19 recovery package?

The UK Government's landmark global campaign for mobilising net-zero support ahead of the postponed COP26 summit - 'Race to Zero' - was launched late last week. But what decarbonisation activities are the likes of Boris Johnson, Rishi Sunak and Alok Sharma backing for inclusion in national recovery planning? 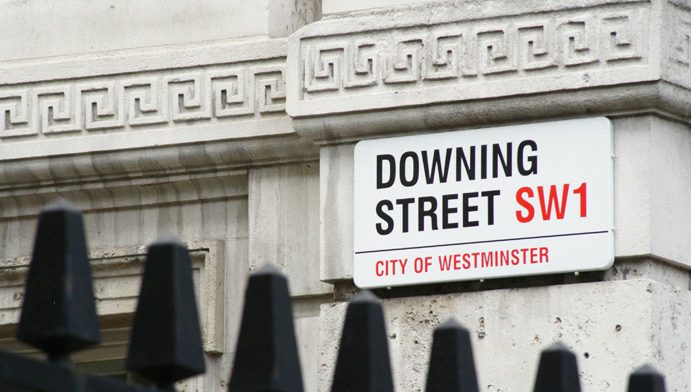 Launched on Friday (5 June) to coincide with World Environment Day, Race to Zero is designed to mobilise renewed levels of leadership from businesses, cities, regions and nations to spur a zero-carbon recovery. Net-zero targets should then be translated into more ambitious nationally Determined Contributions (NDCs) to the Paris Agreement, to be submitted at the postponed COP26 summit in November 2021, the campaign urges.

It is being led by the UK and Chile, dubbed the UN’s “High-Level climate champions”, with the aim of delivering the largest global coalition of climate leaders in UN history – dubbed the ‘Climate Ambition Alliance’.

Speaking after the launch of Race to Zero, Business, Energy and Industrial Strategy (BEIS) secretary Alok Sharma confirmed that more than 1,000 businesses, more than 500 universities and nearly 500 cities and regions are now Climate Ambition Alliance members, along with 120 countries and 36 major investors. This cohort covers around one-quarter of global annual greenhouse gas (GHG) emissions, Sharma said.  But he concluded that “we must go further” and “unite behind a green global recovery” from the socio-economic impacts of the coronavirus pandemic.

Over the past fortnight, several of the UK’s key figures have either confirmed or alluded to the green recovery measures which the Government is set to commit to later this month. Here, edie rounds up which measures the UK is betting on to deliver a domestic ‘Race to Zero’.

Prime Minister Boris Johnson is facing mounting pressure on all fronts to deliver a “green” coronavirus recovery plan, with calls to action having been made by actors ranging from charities and corporations, to community groups and MPs, and even his own advisors and Cabinet members.

Speaking at Prime Minister’s Questions last week, Johnson assured listeners that policies to boost the manufacture of low-carbon goods and to decarbonise the nation’s most-emitting sectors would form a “vital” part of the Government’s recovery strategy.

“I want to see a lot more going into green technology, green batteries, green motor vehicles, low-carbon motor vehicles of all kinds,” he told reporters after the session, in which Conservative MPs proposed the creation of “green enterprise zones” in areas worst hit by the financial fallout of the pandemic.

Johnson is expected to deliver a speech during the latter half of June, in which specific plans for the UK’s economic recovery strategy will be laid out in full.

He has previously pledged support for emerging technologies such as carbon capture, use and storage (CCUS), hydrogen and nuclear fusion – to much controversy – as well as tree planting, plastics recycling and new low-carbon housing. But electric vehicle (EV) networks and chargers are full-fibre broadband are expected to be areas where Johnson will begin action first, along with the kick-starting of major transport projects.

More broadly, Johnson has said that his Government’s efforts to create a “fairer, greener and more resilient global economy” after Covid-19 should be centred around “working together to get shared goals back on track, including the Sustainable Development Goals”. A landmark report by UK Stakeholders for Sustainable Development in 2018 found that the UK was only performing well against 24% of its relevant SDG targets and indicators. The Government has since launched a voluntary national review into the SDGs.

During one of the Government’s daily press briefings earlier this month, Sunak was asked by a member of the public how the Treasury is planning to keep emissions down while rebuilding the UK economy from what is widely expected to be the worst recession since the Great Depression.

He said his team were making “lots of exciting plans for the future” and would “absolutely” ensure that environmental concerns – spanning beyond decarbonisation and also touching upon air quality and biodiversity – are “central” to these plans.

Sunak’s first Budget, delivered a multi-billion-pound package of environmental measures, with significant sums allocated to CCUS, EV infrastructure, tree planting and flood resilience. But it also included a number of measures which have been heavily criticised by key members of the UK’s green economy, such as continued fuel duty freezes and £27bn for roads.

News reports indicate that Sunak is planning to build on his Budget with additional measures to create a “green industrial revolution”, led by workers who have lost their jobs in recent months. He is reportedly set to launch a dedicated fund for reskilling Brits to work in the renewable energy, cleantech and built environment sectors, coupled with additional investment in these sectors to assist with their expansion.

The Government is notably targeting two million “green-collar” jobs in the UK by 2030 as part of the nation’s 2050 net-zero target. Pre-pandemic, Government figures revealed that turnover in the UK’s green economy accounted for just 1% of national non-financial turnover. Similar investigations into official jobs figures found that while domestic jobs in the renewable energy sector rose year-on-year in 2018 and 2019, they were ultimately down by around one-third on 2014 levels.

Sunak has previously stated that the Treasury will continue its reviews into net-zero and biodiversity throughout the pandemic and recovery. However, delays are widely expected.

Under Sharma, BEIS has defined five key focus areas which “need particular attention” ahead of COP26: Clean energy, transport, nature-based solutions, adaptation and resilience and finance. He said that finance was particularly essential to “bring all [of this agenda] together”.

As such, he is currently facing criticism amid reports that the BEIS and the Treasury have not blocked the Bank of England from allocating emergency funding – and planning to allocate more – to key corporates in the aviation, road transport and fossil fuel sectors. The central bank is also under fire for its decision to lend £1bn to chemicals giants BASF and Bayer, major producers of pesticides.

More positive attention, however, has been directed at Sharma’s move to create five new business-focussed, ministerial-led groups which will contribute to his department’s recovery planning. One of the groups will be solely focussed on green recovery. The others will work on the future of industry; backing new businesses; increasing opportunity and keeping the UK “open for [international] business”. Lists of members will be published in the coming weeks.

“These roundtables are a redoubling of our efforts to listen to and work with the business community and academic experts as we consider the measures needed to support our economic bounce-back,” Sharma said. “This will undoubtedly lead to a cleaner, greener, more resilient economy which will create new jobs.”

When further delays to the Government’s long-awaited 30-year National Infrastructure Strategy (NIS) were confirmed back in March, key figures across the green economy were understandably concerned about delays to action to decarbonise some of the UK’s most-emitting sectors, such as transport and the built environment.

But the Treasury and National Infrastructure Commission (NIC), spearheaded by Sir John Armitt, both asserted that the delay would give Sunak and his team the time necessary to align the NIS with the UK’s net-zero target, developing a timeline of funding and delivery.

Armitt this month told The I that Johnson has heeded his Commission’s recommendations and will look to major infrastructure schemes to deliver much economic stimulus in the coming months and years.

“There still seems to be a real appetite in both No 10 and the Treasury to harness the potential of infrastructure for short term economic stimulus and, crucially, longer-term outcomes which spread benefits across the whole country,” he said.

The NIC is specifically urging Johnson’s Cabinet to restart the biggest road (Highways England) and rail (National Rail) projects which are already underway in the first instance. However, many of these projects have faced delays or controversies on climate grounds, including HS2. Moreover, a recent New Civil Engineer investigation revealed that of the 64 major infrastructure projects at pre-examination or pre-approval stage in February 2020, 47 could be subject to legal challenges on environmental grounds, given that they were not developed in line with the UK’s 2050 net-zero target.