Report: 2018 was ‘most successful year yet’ for UK’s EV market

The UK's electric vehicle (EV) market grew by a record-breaking 19% in 2018, with one EV being registered every nine minutes. 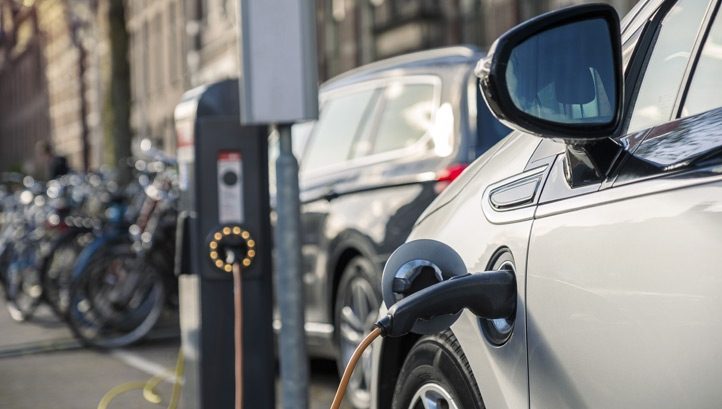 That is a key finding of a new research paper from pro-EV campaign group Go Ultra Low, which found that almost 60,000 fully-electric and plug-in hybrid electric vehicles were registered in the UK last year.

Published today (21 January), the research draws on the latest official Government figures, revealing that the uptake of EVs grew at a similar rate between the UK’s business and domestic car users throughout 2018.

In total, 59,911 EVs were registered in the UK last year, of which 74% were plug-in hybrids, the paper claims. While only 26% of EV registrations were for fully-electric models, this was still an increase on 2017’s 14% proportion.

Go Ultra Low has predicted that the EV revolution will continue to take hold in 2019, as carmakers launch new electric models and the Government begins distributing the first string of funding set out in its Road to Zero strategy.

“In the context of the wider new car market, it is fantastic to see plug-in car registrations continue to go from strength-to-strength” Go Ultra Low’s head, Poppy Welch, said.

“With even more new models being released, coupled with the introduction of initiatives such as London’s Ultra Low Emission Zone, we’re confident that the next 12 months will be a landmark year for the nation’s switch to electric.”

According to Go Ultra Low, some of the more noteworthy EV releases in 2019 will be the all-electric Kia e-Niro, Audi e-tron and Nissan LEAF. The Nissan LEAF 3.ZERO e+ Limited Edition – of which only 5,000 units will be produced for the European market – is expected to deliver a driving range of up to 239 miles on a single charge of the 62kWh capacity battery.

The publication of Go Ultra Low’s report comes shortly after a similar study from professional services firm PwC found that the UK’s EV stock grew by more than 50% between 2016-2017, with consumer demand for electrified transport beginning to outstrip the installation of charging infrastructure.

PwC concluded that the nation’s EV stock has almost doubled each year between 2011 and 20117, with figures growing at a compound annual growth rate of 89% during this six-year period. The majority of this growth was found to be accounted for by plug-in hybrid-electric vehicles, rather than fully-electric models.

However, several experts have predicted that this trend towards the hybrid vehicle uptake could slow down in the coming months and years, after the Department for Transport (DfT) changed its plug-in grant scheme last October. Under the changes, which were announced shortly after the Government published its Road to Zero Strategy, grants for some EV buyers have been slashed by up to £1,000 per customer. Some plug-in hybrid-electric models have also been removed from the scheme altogether.

The DfT said the move was designed to ensure that its budget was used to spur the uptake of the cleanest new cars after critics of the grant scheme argued that hybrids purchased under the initiative may never have been charged.

Ministers sitting on the Business, Energy and Industrial Strategy (BEIS) Committee have disagreed, however, arguing that the change was “inconsistent” with the Government’s wider decarbonisation ambitions.