Ongoing tax relief for the UK's oil and gas sector has been branded "uneconomic" by the think tank Green Alliance, which argues that taxpayer money could be wasted on stranded assets by continuing to drill in the North Sea. 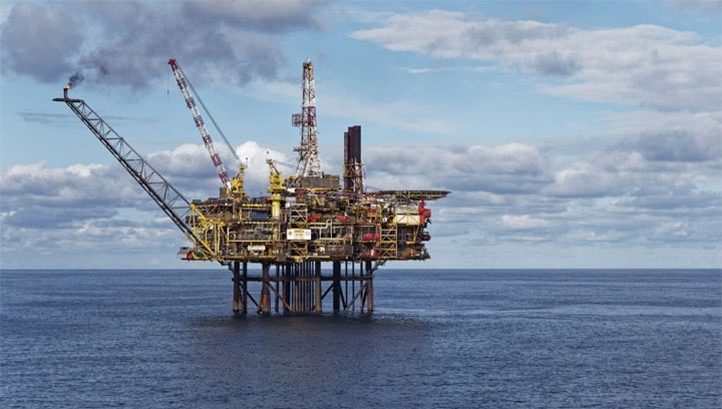 The Green Alliance has today (22 February) published a new report warning that tax reliefs and subsidies that are paid to gas companies operating in the North Sea are wasting taxpayer money.

“We highlight how tax relief, given to support UK oil and gas exploration, is skewing the market in favour of opening new fields for extraction, presenting a significant risk of stranded assets and a high cost burden for taxpayers and investors,” the report states.

The report notes that the UK has one of the lowest taxes on oil and gas production, at around $2 per barrel in 2019, compared to $22 per barrel for nations like Norway. As such, major oil giants including BP and Shell are incentivised to drill in the North Sea. The Green Alliance notes that between 2016 and 2020, oil and gas companies received around £10bn in tax relief for exploration and production and £3.7bn in tax relief for decommissioning costs.

As such, the Green Alliance predicts that oil and gas production will become a significant annual expenditure, with taxpayers set front the costs of an estimated £18.3bn in decommissioning figures.

Green Alliance’s policy analyst Heather Plumpton said: “North Sea oil and gas extraction no longer makes economic sense for the Treasury, taxpayers or consumers. The North Sea is operating under a tax regime that hides market signals from investors. It’s time for the UK to stop the oil and gas subsidies, and instead support the transition to a zero carbon North sea.”

The Government’s continued support of new oil and gas in the North Sea has attracted criticism from green groups and from other nations, who argue it undermines the UK’s credibility as COP26 host and could undermine its 2050 net-zero target and 2035 commitment to end unabated gas-fired electricity generation. The International Energy Agency (IEA) has recommended that no new oil and gas exploration and extraction capacity be brought online to give the world the best chance in the transition to net-zero.

A BEIS spokesperson told edie the six fields in question already had their licenses approved pre-2022.

Last year, the Government unveiled its North Sea Transition Deal, much to the disappointment of campaigners. The deal promises to support oil and gas industry workers and businesses by introducing low-carbon solutions such as hydrogen production, Carbon Capture Usage and Storage, offshore wind and decommissioning.

However, no timeframe has been set for when this decarbonisation process will be completed, with the Government stating that it will be in line with its own national net-zero aspirations. Additionally, the Government has failed to rule out that oil and gas projects, largely based in Scotland and the North East, will be licensed in the future.

A number of interim targets have been set, namely for the sector to reduce emissions by 10% by 2025 and 25% by 2027 before delivering a 50% reduction by 2030. In the same timeframe, the sector will voluntarily commit to ensuring that 50% of all offshore decommissioning and new energy projects are provided by local businesses, which will support job growth.

Decarbonisation will be supported by up to £16bn in government and sector investment by 2030. This includes up to £3bn to replace fossil fuel-based power supplies on oil and gas platforms with renewable energy, up to £3bn on Carbon Capture Usage and Storage, and up to £10bn for hydrogen production.

Commenting on the Green Alliance report, Chris Skidmore MP and former energy minister, said: “The North Sea is a mature basin with declining reserves – and it’s vital the UK taxpayer is not left to carry the risk of stranded assets as we transition to net zero. As the former government energy minister who signed net-zero into law, I think we need to look again at the tax regime oil and gas companies are operating under to see if the balance is right.”

“As this new Green Alliance report points out, without tax reform, proposals to open up new North Sea fields and grant licences will lock in further costs to taxpayers. The tax regime is failing to reflect the need to transition to lower carbon sources of energy.”