The Global Goals: Can the ‘long-term North Star’ guide businesses to value creation?

At edie Live, experts from the private and public sectors discussed business progress on the Sustainable Development Goals (SDGs). Here, edie explores whether there's still time left for sustainability and energy professionals to harness the Global Goals to truly transform business, for good. 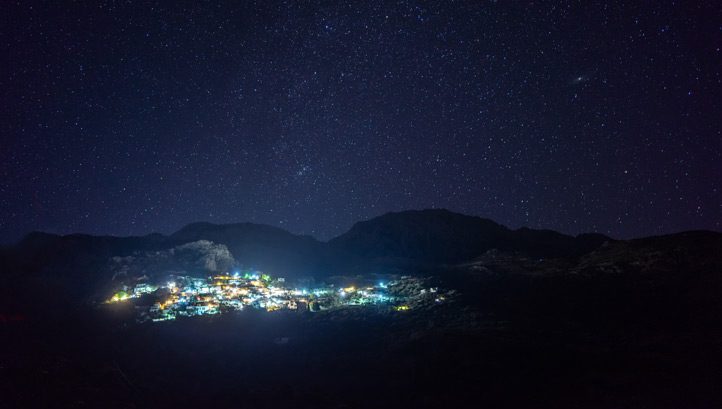 Those are the words spoken by Pernod Ricard’s vice-president for global sustainability Vanessa Wright as she takes to the stage for the first session at Day Two of edie Live 2019 (22 May).

Amid a backdrop of school strikes, Extinction Rebellion protests and ‘Climate Emergency’ declarations, her words instantly captivate the attention of the audience at the Sustainability Keynote Theatre, who are all asking themselves the same question: with sustainability finally in the spotlight, how do businesses act rapidly, ambitiously and collaboratively to tackle the biggest challenges of our times, before it’s too late?

The panellists at the session are all here to debate whether the SDGs could be the answer to that question. Launched in 2015 by the UN, the 17 Global Goals and the 169 targets that sit beneath them were developed to unify and accelerate progress towards minimising some of the world’s most pressing social and environmental issues and, with this promise, have attracted the commitment of 193 countries, more than 10,000 companies and investors with more than $4trn in assets.

The prizes to be won from meeting the SDGs are priceless – a world without hunger, a fully gender-equal word, a world with minimal pollution on land and in water. But research has repeatedly concluded that the wider business community are largely still struggling to develop and implement a holistic and embedded approach to the SDGs – whether due to a lack of metrics for tracking progress, the absence of case studies detailing financial gain or the pull of greenwashing.

According to UKSSD’s network director Emily Auckland, these findings – compounded by her own organisations’ damning conclusions on the UK’s slow progress – are not proof that business should abandon the SDGs, but evidence that they must now go further, and faster, than ever before.

“There is a financial and moral imperative for us to act on this agenda, not just here in the UK, but around the world,” she argues.

“If we can learn anything from the current [Brexit] situation here in the UK, it’s that people are feeling frustrated – there’s an absence of trust and a sense that we aren’t doing enough to address the issues that really mean something to people. The SDGs give us a chance to rebuild this trust, because they represent every single facet of our life and give us the opportunity to collectively act.”

Auckland’s comments come at a time when more than two-thirds (69%) of corporates globally are estimated to be integrating the SDGs into their business strategy, up from less than half (46%) in 2016.

Nonetheless, there has only been one large-scale study measuring the financial benefits of doing so to date and, needless to say, not every C-suite-level executive is going to act on the SDGs just because it’s “the right thing to do” or because of the intangible and long-term nature of trust.

It is, therefore, UN Global Compact’s UK Network director Steve Kenzie explains, time for a business case for SDG alignment to be created – either “by Governments through regulation, by customers through changing demands or by supply chain sets through contract requirements”.

Recent evidence suggests that the latter of these two shifts are already underway. A survey of 2,000 UK adults this spring found that 57% are emphasising low-carbon actions and 45% are seeking products or services from businesses that have a good track record when it comes to climate change, while the number of corporates requesting emissions and other environmental information from key suppliers has increased eight-fold in the past decade. Moreover, the UK Government has already begun its first voluntary review into the nation’s overall SDG-related progress.

Couple these growing stakeholder expectations with megatrends such as population growth, digitisation, biodiversity loss, increasing global temperatures and mounting social inequality, and you create the ideal conditions for business to use the SDGs as a tool to go beyond incremental improvements and greenwashing, to driving radical transformations.

That is the key point made by Cambridge Institute for Sustainability Leadership’s (CISL) director of business strategy Ben Kellard, who notes that the expiration of many corporate sustainability strategies next year is likely to pave way for a “new wave” and “new breed” of leadership.

“I think the shift is from an ‘inside-out’ approach to an ‘outside-in’ approach, which starts with the question ‘what does the world need? What would the systems we work within look like if they were following the SDGs?’.”

One of the companies to have made the shift to the ‘outside-in’ approach is multinational beverage giant Pernod Ricard, which began developing its newly launched 2030 sustainability strategy in line with the Global Goals shortly after they were published.

Led by its overarching purpose “to create a more convivial world, without excess or deficits”, the “Good Times from a Good Place” strategy commits Pernod Ricard to ambitious targets regarding regenerative agriculture and biodiversity, recyclable packaging and reducing emissions in line with the Paris Agreement.

The three-year process of developing the strategy, Wright explains, was a “very gradual approach” which saw the company join the UN Global compact; review 1,000 materiality indicators; build an 18-month social media campaign centred around sustainability and host an SDG-themed day of action for its 18,000+ employees.

Crucially, all chief executives and management teams within the business were allocated financial objectives linked to progress on the strategy, which, Wright explains, has helped to make the long-term benefits of SDG alignment more immediate from the top down.

“Our strategy as it was before had to evolve for the future, primarily because of the social and environmental challenges we are all increasingly aware of – from climate change to population growth – and the pressure they put on our finite resources,” she says.

For Wright, the SDGs have proved to be “better measures of success” than financial returns alone, in that they help identify key priorities and opportunities while serving as a “shared language” that lets stakeholders “know they are part of a global community”.

Given its nature as a consumer-facing company with brands that have histories spanning back 200+ years respectively, Wright admits that it was easier for Pernod Ricard to use the SDGs as a “long-term North Star” than it may be for other corporates.

But with a study of 474 executives finding that firms which clearly articulated and understood their purpose experienced larger revenue growth between 2014 and 2017 than those that did not, the line between short-term profits and long-term purpose seems to be growing more blurred by the day. Indeed, millennials – who will account for 75% of the UK’s working population by 2025 – have been repeatedly found to be switching their jobs and shopping habits to prioritise business ethics; for them, purpose and profit and mutually exclusive.

As CISL’s Kellard puts it: “Most decision-making in business is tied to short-term financial risk, but if intangible assets such as natural and social capital aren’t captured, long-term value won’t be maximised and trust will be lost.”