The High Court is this week hearing a challenge to the UK Government's second Road Investment Strategy (RIS2), with opponents claiming that the £27.4bn package is not aligned with the 2050 net-zero commitment. 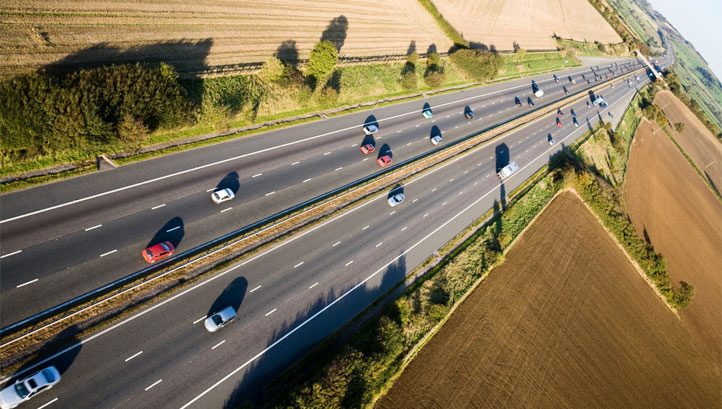 Now, the Transport Action Network (TAN) is taking the UK Government to the High Court, arguing that RIS2 would risk the UK’s ability to align with the Paris Agreement and the long-standing commitment to leave nature in a better state for the next generation, recently backed with a new commitment to ensure that all major infrastructure projects are ‘nature positive’.

TAN claims that the proceedings are the biggest legal challenge to transport policy in British history.

Lawyers acting on behalf of TAN arrived at the High Court on Tuesday (29 June) and meetings will continue today (30 June). TAN’s argument is that the Department for Transport (DfT) has either pushed to convince others that the emissions impacts of road building and use are not “obviously material” to the UK’s climate accounting, or failed to properly assess the impacts of the proposed projects against the 2050 net-zero target and interim Carbon Budgets.

On the former, TAN claims it has evidence that the DfT has only considered the climate and environmental impact of five of the largest schemes in the RIS2 portfolio, which includes more than 50 projects across England. It also believes that accounting for these five projects may be inaccurate, due to a failure to account for emissions from land clearance and construction materials.

“Trying to argue climate change isn’t ‘obviously material’ to approving the largest-ever roads programme is like saying public health is not relevant to reform of smoking rules,” TAN’s director Chris Todd said. “In an audacious attempt to protect his addiction to asphalt, [Transport Secretary] Grant Shapps is now seeking a legal precedent that decision-makers can ignore climate targets.”

Representatives from the DfT have denied these allegations. The QC representing the DfT in this hearing, John Litton, stated during Tuesday’s meeting that the Government has given “full and proper regard to the environment”, including emissions and climate-related impacts.

Litton added that the DfT is not currently plotting a course to zero-carbon to the road transport sector, and will, instead, comply with net-zero by delivering a mix of decarbonisation and offsetting or carbon capture.

TAN has argued that Litton’s line of argument does not stand up against the recommendations of the Climate Change Committee (CCC). The CCC’s recent progress report to Parliament accused departments of failing to collaboratively develop credible plans to accelerate decarbonisation in the 2030s. On road transport, that report recommended that funding is “prioritised away from car use” and that the public are offered “measures that make it less attractive to drive”.

A final judgement on the case is not expected this week. The High Court has not yet provided a specific future date to TAN for a likely result.

The hearing comes shortly after the Welsh Government announced a temporary freeze on new road-building projects on climate grounds.

Wales’ Deputy Minister for Climate Change Lee Waters said: “In the next 10 years, we are going to need to more than double all the cuts we have managed over the last 30 years if we are going to keep temperature rises within safe limits. That means changes in all parts of our lives. Transport makes up some 17% of our total emissions and so must play its part.

“We need a shift away from spending money on projects that encourage more people to drive and spend more money on maintaining our roads and investing in real alternatives that give people a meaningful choice.”

Similarly, the EU is contemplating plans to exclude road-building schemes from categorisation in its Green Finance Taxonomy. However, there are concerns that roads and other high-carbon projects are currently being proposed – and accepted – by member states for a share of the Covid-19 recovery package, in contrast to the fund’s green spending target.

TAN’s argument at the High Court hearing covers the international implications of allowing RIS2, given the UK’s position as host of COP26, as well as its likely impact on domestic emissions.

“A ruling to quash the largest ever roads programme would be historic, not just for the UK, but for communities worldwide seeking to build back better in the run-up to COP26,” TAN’s Todd has said.

The UK Government is already using COP26 to encourage all other nations to set a net-zero target backed up with updated climate plans for the 2030s, and to follow its lead in phasing out new petrol and diesel car sales and coal.