A 40MW solar plant has come online on the Bedfordshire/Cambridgeshire border this morning (16 December), making it the largest subsidy-free facility of its kind in the UK. 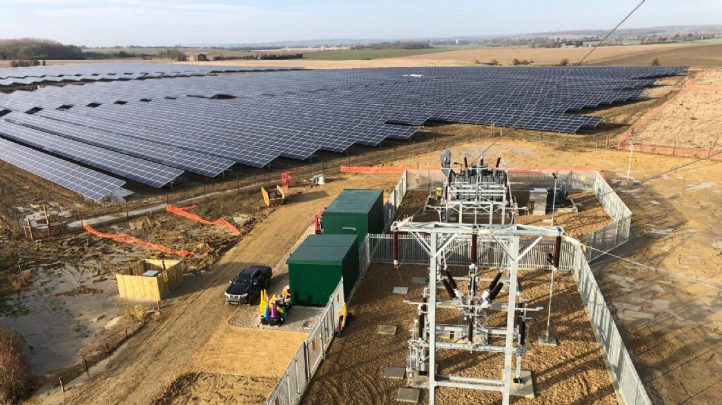 The solar plant, located in an airfield which has not been used regularly since World War Two, will cover the yearly electricity demand of around 15,000 homes and businesses in the local area.

Called Staughton, the array consists of 208 ground-mounted solar panels and a battery storage array. It has been installed without Government funding, following a plethora of cuts to subsidies and feed-in-tariffs (FITs), combined with the closure of Renewables Obligation (RO) applications in 2017.

It was financed by the NextEnergy Solar Fund, which is also selling the electricity generated by Staughton, in conjunction with asset manager WiseEnergy.

Government cuts to solar subsidies initially diminished the attractiveness of the UK’s renewable energy market. New solar power installations halved in the UK last year for the second year in a row, as the fallout of government subsidy cuts continued to shake the sector.

But several recent reports have concluded that the UK investment environment is beginning to settle as the market adapts to a new subsidy-free era for solar.

One recent study, completed by Aurora Energy Research and commissioned by Wyelands Bank and renewable energy firm Anesco, concluded that more than 5GW of solar capacity could be deployed in the UK without subsidies by 2030.

This trend was attributed to increased international investment, compounded by falling costs in the PV panel and battery storage markets. Since the Aurora study was published in September, Bloomberg NEF (BNEF) has stated that the global average price of battery energy storage – from car-sized units to utility-scale arrays – has fallen by 87% in the past decade.

On a domestic scale, three further subsidy-free solar arrays have been announced for the UK in recent times. Warrington Borough Council is planning to complete two industrial-scale solar farms and a 27MW battery storage facility by the end of 2020, while Swindon Borough Council is aiming to install a 1.4MWp array at the Duke of Gloucester Barracks in Gloucestershire. Elsewhere, the NextEnergy Solar Fund is backing an 8.5MWp extension of the 5MWp Kentishes solar plant in High Garrett, Essex.