Why should governments pay businesses to reduce their electricity consumption? 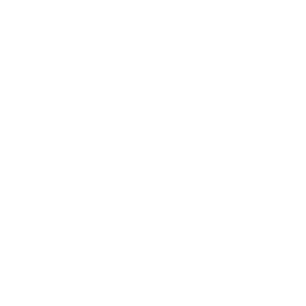 When Ed Davey announced the launch of a new (EDR) pilot scheme in July the headline in the Telegraph exclaimed in alarm, ‘Consumers to fund free LED lighting for supermarkets’. In a time of squeezed public funding it does seem odd that the government should be paying businesses to reduce their electricity consumption and save money on their energy bills. So why is the UK government spending £20 million in a pilot to do exactly that?

Energy saving projects are already attractive propositions, with solid business cases providing good returns on investment. On the face of it businesses ought to be implementing them without any additional government incentive. The Carbon Trust has worked with thousands of organisations over the past decade who have done exactly that and made significant ongoing savings.

However we know that – for a variety of reasons – many attractive energy saving projects are identified but never make that leap from being a good idea to getting into the business plan and being implemented. That might be because of a lack of capital, the perceived risk of doing something new, time constraints, or just a focus on keeping the core business going. In many cases energy saving projects are simply considered to be lower priority compared to other activity, even those opportunities with payback periods of as little as three or four years.

We also know that we need to keep the lights on while we replace the UK’s ageing energy infrastructure with lower carbon, modern energy systems. Building new power generation is an expensive business, so this is where the concept of ‘negawatts’ comes into play, replacing the need for megawatts. By paying to reduce electricity demand you can avoid the need to pay even more to build new power stations, particularly the need for expensive back-up supply or load management.

The key to keeping the lights on is reducing electricity demand at peak times. This is why under the new pilot scheme organisations will be paid to implement projects which reduce electricity demand during those hours of peak demand, 4pm to 8pm on weekdays from November to February.

As well as making an energy transformation cheaper, this leads to additional economic and environmental benefits for the organisations participating. Incentivising the installation of energy efficient equipment provides cost savings to businesses, making them more competitive at the same time as reducing carbon emissions. The public sector are also able to benefit from the scheme, helping them to put more cash into delivering frontline services rather than paying energy bills.

The intention is of the scheme is encourage the implementation of measures that may not otherwise have happened by bringing down the payback period of the project. To better ensure value for money the government are using an auction mechanism, which will allow a direct comparison between the cost of reducing demand and the costs of increasing supply. The idea is that organisations can bid for the amount of money that would bring down the payback to an acceptable level for them, which can be balanced against the expected energy reduction.

The sort of measures suited to this approach might be refurbishment of lighting with LED units, fitting variable speed drives to improve the control of motors, or replacing refrigerated display cabinets with new more efficient products. The approach incentivises change at scale, as the more new efficient equipment a business installs, the bigger the demand savings they should make, allowing them to bid for even more money.

This scheme will sit along a range of other successful incentive schemes helping businesses to overcome the barriers to reducing energy consumption and reduce carbon emissions. These include the Energy Technology List (which the Carbon Trust manages for DECC) providing a list of top-quartile performance energy efficient products which qualify for a tax break, as well as feed-in-tariffs and the Renewable Heat Incentive which encourage businesses to draw less energy from the grid by generating their own.

There may be some challenges when it comes to taking advantage of the EDR pilot scheme. At first glance it appears rather complex – the participant handbook is 58 pages long, and then there is the M&V manual and the detailed application forms. However, one of the interesting aspects of the scheme is the ‘deemed savings’ approach, the design of which was supported by the Carbon Trust. This can be used for measures such as lighting, motors and refrigeration which have consistent and predictable savings. Under this method, there is no need to undertake comprehensive before and after monitoring of the measures being installed – and the application process is simpler too.

Will it be effective? Is it more cost effective to fund demand reduction than load shifting or increasing electricity supply? Only time will tell. But hopefully this pilot will provide some of the answers.

The application deadline for the first £10 million EDR pilot auction is 31 October this year. If a business has an energy saving project that has been sitting on the reserve projects list for some time gathering dust, then now is the perfect time to brush it off and start implementing. If a bid is successful the extra money can make the project payback even more compelling enough to meet strict investment criteria, as well as providing long term savings in energy, money and carbon.

The Carbon Trust supports organisations in understanding and implementing opportunities in energy efficiency and low carbon technology, providing a list of accredited suppliers and installers, as well as access to finance through a partnership with Siemens Financial Services.