Two years ago, Waitrose & Partners pledged £1m from the sale of carrier bags to innovators working to solve the plastic pollution crisis. Now, it has revealed the successes of the projects it has supported. 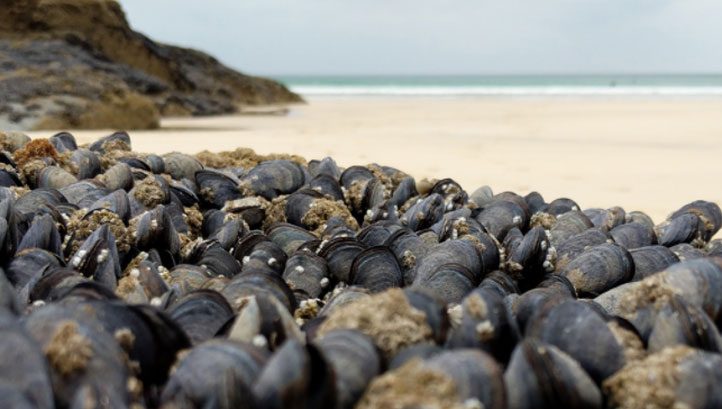 Called ‘Plan Plastic – the Million Pound Challenge’, the fund was opened in January 2019 as part of a collaboration with environmental charity Hubbub. It was designed to help projects with a “measurable and positive” impact on the world’s plastic waste problem.

Waitrose & Partners has today (1 April) published information on the five projects chosen and their impact to date. Each project received a share of the fund, with the lowest grant being £150,000 and the highest being £300,000.

The project chosen to tackle microplastics in the food system was Plymouth Marine Laboratory’s Mussel Power project. The demonstrator explored how mussels can stem the flow of microplastics in polluted waters. Researchers say the nature-based solution could soon be scaled up.

Other innovations backed by the fund were a bio-recycling process that breaks down plastics using mycelium from mushrooms, piloted by Onion Collective and Biohm, and a ‘Safegear’ beacon to help fishermen avoid producing ‘ghost gear’. Ghost gear is discarded plastic fishing gear, of which 640,000 tonnes is generated every year. The new beacons were developed by the Blue Marine Foundations and more than 100 are now being trialled.

The fund also backed behaviour change and education initiatives. On the former, it provided funding for the Youth Hostels Association to fit water fountains in their locations, in a move that should reduce single-use drinks bottles and encourage reuse. On the latter, Waitrose & Partners and Hubbub selected ‘Envioromenstrual’, a joint campaign from City to Sea and the Women’s Environmental Network. To date, it has trained 724 teachers and nurses to provide workshops on menstrual health and sustainable period products.

“It is essential we continue to eliminate single-use plastic in our business, but also support progress made by other organisations in the wider world,” Waitrose & Partners’ director of ethics and sustainability Marija Rompani said.

“All these inspirational projects have proven their ability to create real impact in tackling environmental issues and encouraging behaviour change. Action on a larger scale is now needed to make a significant difference in our collective fight against plastic pollution.”

To Rompani’s point about the business’s in-house action to reduce plastic, it came top of Greenpeace’s recent league table of UK supermarkets. In 2020, Waitrose & Partners used 6.1% less plastic across its own-brand and branded ranges than it did in 2017. The retailer’s ambition is to reduce single-use plastic by 20%, in absolute terms, by the end of 2021. It also has a 2025 target to halve single-use plastic packaging on own-label lines. Both targets are set against a 2016 baseline.

The news from Waitrose & Partners comes in the same week that Aldi revealed it has removed all plastic straws from own-label drinks. The supermarket says the move will remove 70 million plastic straws from circulation each year. In most cases, they have been replaced with a paper straw made using FSC-certified materials.

Sainsbury’s has also confirmed plans to remove all plastic straws from own-brand lines, stating this month that own-brand manufacturers are no longer making this format. The change will affect 12 product lines and prevent the circulation of 18.5 million straws every year.

Here in the UK, there is a legal requirement for retailers to stop distributing plastic straws coming into force this year. It had originally been planned for April 2020, but the Government delayed its introduction due to Covid-19.