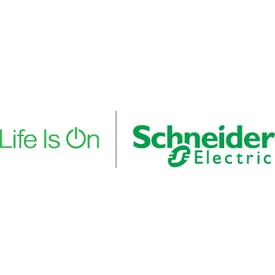 Schneider Electric is leading the digital transformation of energy management and automation in homes, buildings, data centers, infrastructure and industries. With a global presence in more than 100 countries, Schneider is a leader in power management – medium voltage, low voltage and secure power, and in automation systems. The company provides integrated efficiency solutions, combining energy, automation and software.

@SchneiderESS More from this blogger Create your own blog

8 global sustainability trends to watch out for in 2018

Over the past 12 months, challenges around addressing sustainability issues have featured consistently in global headlines. Despite mixed political messages about our transition to a low-carbon future, the private sector has continued to drive sustainability up the business agenda; from Science Based Targets (SBTs) and Sustainable Development Goals (SDGs) to increased investor scrutiny over non-financial reporting.


With 2017 firmly behind us, here are eight key topics from around the world which will likely shape sustainability during 2018.

1. The rise of non-financial reporting

During 2017 alone, several large multi-national corporations committed to new Science Based Targets (SBTs) and adopted them into their business strategy; including Coca-Cola, Hewlett Packard and Wal-Mart.

Unlike general carbon reduction targets internally set by individual organisations, SBTs follow an internationally-agreed method of calculating what emission reductions a company needs to achieve in order to prevent global temperatures from rising beyond 2oC.

The SBT initiative, started by the Carbon Disclosure Project (CDP), establishes enforceable standards for assessing and quantifying an organisation’s environmental impact on greenhouse gas emissions, water use and deforestation.

Although adopting SBTs creates numerous challenges – not least understanding, measuring and reducing a supply-chain footprint across several continents – the business benefits may far out-weigh the costs.

With improved visibility, data quality and control over internal, external and third party environmental impacts, organisations are identifying opportunities to drive down operational costs, improve efficiencies and minimise future business risks. As many businesses start to incorporate SBTs, there will undoubtedly be further progress and investor demand for other companies to adopt this approach in 2018.

Other high-profile initiatives to keep an eye on include the continued rise of the RE100 list. Following Climate Week 2014 in New York, the Climate Group and CDP created a new global campaign to bring together over 100 companies worldwide to commit to sourcing 100% of their energy from renewable sources. The idea was to create impetus behind a global roll-out of renewable energy technologies, driven by the private sector.

So far the list comprises 118 high-profile organisations which have set 100% renewable energy targets across their portfolios, including IKEA, Diageo and Schneider Electric. Building on the success of this initiative, two further campaigns are emerging; EP100 and EV100, seeking to raise the profile of energy productivity and electric vehicles respectively.

Driven by concerns over urban air quality and associated health issues, as well as targets to curb carbon emissions, 2017 saw several countries announcing a phase out of the fossil-fuelled internal combustion engine (ICE).

Although no date has yet been announced, one of the biggest countries to state their intention to cease production of ICE vehicles was China. Other countries, including France and the UK, also committed to 100% non-fossil-fuelled vehicles by 2040.

Despite varying opinions on the current practicality and commercial viability of some alternatively-fuelled vehicles, with clear international commitment technology should likely catch up with political aspiration. 2018 may well see further progression towards tighter air quality legislation.

From a political perspective, one of the biggest international sustainability events of 2017 was COP23 in Bonn, Germany. Since the creation of the Paris Agreement in 2015, COP23 was the second meeting of nations to negotiate the agreement details.

Despite Donald Trump declaring that the US would withdraw from the Paris Agreement during 2017, COP23 yielded significant progress towards international consensus on how to tackle climate change within the 2oC warming limit. Some of the highlights included;

·         The Shipping Industry agreeing to develop a strategy for reducing its share of global emissions in line with a climate temperature increase of 1.5oC

·         China taking the lead in the absence of the US, announcing a spending commitment of $363 billion on renewable power capacity by 2020

COP24 is scheduled for December 2018 in Poland – let’s see what further progress is made!

Last year the US President, Donald Trump, formally announced his country’s withdrawal from the Paris Climate Accord. The initial reaction from the international community was one of disappointment and concern for the future of the agreement, but also of a renewed political resolve ahead of COP23.

Despite initial fears, President Trump’s intention to withdraw from the international agreement may have helped to raise the profile of climate change and international support for the Accord. Even within the US itself, several states have officially announced their intention to adhere to the targets established in the agreement, under the United States Climate Alliance. 2018 may prove to be an even stronger year for US action on climate change, particularly within the business community.

Although the United Kingdom voted to leave the European Union in June 2016, much of the discussion has centred on managing boarders and the financial cost of the divorce. In 2017, the Notification of Withdrawal Act was given Royal Assent and a firm date was assigned to the UK’s departure from the European Union – 29th March 2019 at 23:00.

Despite the decision to leave the EU nearly 18 months ago, little clarity has been provided around the legislative impact on both the EU and Great Britain; particularly with regard to environmental issues. Nevertheless, some signals have been given in relation to certain areas of legislation;

·         The EU Energy Efficiency Directive, responsible for the UK’s Energy Savings Opportunity Scheme, is unlikely to be changed since it is enshrined in UK law

·         Climate change legislation is most likely to remain in place – particularly since the UK established its own legally-binding Climate Change Act 2008, and much of the drive for renewables is being led by international organisations

·         Although withdrawing from the EU impacts on product compliance – such as REACH and Classification, Labelling & Packaging Regulations – it is likely that these, or similar schemes, will remain in place so that UK business remains commercially competitive and can continue to access the EU market

As further negotiations take place during 2018, this will remain a key focus for many environmental and sustainability professionals and businesses alike.

As the world’s largest emitter of greenhouse gases, China faces one of the biggest challenges in meeting the 2oC global warming limit under the Paris Agreement. As a result, the Government of China decided to push ahead with an unprecedented national carbon trading scheme, originally set for launch in the first half of 2017.

China has existing regional carbon trading schemes, but the size of the proposed national scheme is particularly notable; approximately 3-5 billion tonnes of carbon allowances per year, compared with 2 billion under the EU Emissions Trading Scheme (EU-ETS).

Despite an ambitious plan to launch in 2017, the system is yet to be realised due to unreliable data and other regulatory problems. Although little detail has been released regarding the structure and operation of the new scheme, the initial plan was to include 8 sectors; petrochemicals, chemicals, building materials, steel, ferrous metals, paper-making, power-generation and aviation.

With on-going delays and administrative issues surrounding the scheme, increasing questions are being asked about the project ambition and feasibility. All eyes will be on China in 2018 to see if the Government will announce the arrival of the world’s biggest carbon trading scheme.

For the first time ever, the number of newly-installed renewable energy projects outweighed those of fossil-fuels in India during 2017. Between April 2016 and March 2017 alone, 12GW of renewable energy capacity was installed; although, this only represents 3% of its capacity target for 2022.

Much of the Indian market growth has been centred on roof-top solar PV, achieving a four-year compound growth of 117% in 2017. Despite governmental ambitions to capitalise on renewable energy as a cost-effective means of providing electricity to its 1.3 billion residents, most of this capacity increase so far has been limited to commercial and industrial sectors.

The primary drivers behind this rapid growth in renewable energy projects include falling costs in technology and finance, along with favourable government policies. Auctions are the central tool for adding new renewable energy capacity to India’s power system, and an increase in their frequency is planned.

Despite the significant progress being made, the intense level of competition in the Indian market is creating problems, including increased project risks, reduced quality, questionable PPA contract terms, and a 70% import duty proposed on solar PV panels. While these problems are far from insurmountable, the Indian market is certainly one to watch during 2018.

France’s centre-left presidential candidate, Emmanuel Macron, became the youngest head of state in modern French history, after winning an absolute majority during the general election in 2017. Macron, heralded as one of the EU’s biggest proponents and voices for political and administrative reform, has proposed an array of policies to drive political change at a national, European and global scale.

Global consensus for tackling climate change is one area, in which Macron has been particularly vocal since his presidential victory. He was one of the loudest voices denouncing President Trump’s withdrawal from the Paris Accord earlier this year. Following this announcement, Macron has focused particularly on strengthening the international fight against climate change, initiating a range of projects, such as;

·         Mobilising the potential of ecosystems and agriculture to combat climate change

As we scan the political landscape in 2018, many environmental and sustainability professionals will certainly be focusing on Macron’s new government.