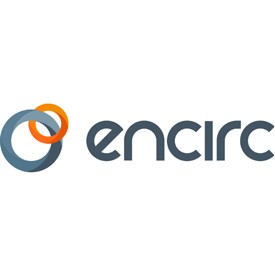 The encirc blog
by Fiacre O’Donnell

Encirc is a market leader in glass container design, manufacturing, bottling and logistics solutions for the UK and Irish food and beverages industries. The company produces more than 2.5 billion glass bottles and other containers annually, and can fill up to 250 million litres of bulk shipped beverages every year.

@Encirc More from this blogger Create your own blog

Despite its relatively small size, the United Kingdom has the 11th largest manufacturing industry in the world, employing 2.6 million people and accounting for more than 10% of annual GDP.


As the UK sells around half of all its exports straight into the European Union, a major increase or reduction in trade with member states is likely to be felt almost immediately by Britain’s manufacturing sector.

In the run up to the referendum on Europe, there does seem to be a level of support from within the field for the UK’s continued existence as part of the Union; according to a survey carried out by EEF (The Manufacturers Association), more than 80% of British manufacturers believe that being part of the EU is a positive aspect of the business environment. On top of this, around half are looking to expand into the European market.

Whatever the outcome of July’s In/Out vote, our industry’s current environmental commitments must continue to transcend international boundaries.

This year, thanks to the announcement of Europe’s long-awaited circular economy (CE) package, sustainability has been highlighted as a key area for improvement for European manufacturers with the targets set out by the EU providing a clear blueprint for a greener and more cyclical future.

The CE package has given all industries operating within the UK’s circular economy some exciting and achievable objectives to strive towards. These include getting to the stage where European economies are collectively recycling a minimum of 65% of municipal waste and 75% of overall packaging material within the next 15 years. For glass, the benchmark has been set higher, with targets fixed at 75% by 2025 and 85% by 2030.

The most recent figures from the Department for the Environment and Rural Affairs (DEFRA) suggest that the UK is well on track to meeting these targets. As data from the latest annual waste report suggests, 72.7% of UK packaging waste is currently being either recycled or recovered.

For glass, a naturally green and infinitely recyclable material, the current figure stands at around 68%, according to FEVE (The European Container Glass Federation). Although this is a very positive result, when compared to countries like France, Germany and Italy, all of which have equivalent figures above 70%, it’s clear that there is still work to be done.

There have certainly been a number of positive steps taken by the British Government that have encouraged green manufacturing within recent years. The publishing of the Industrial Decarbonisation and Energy Efficiency roadmaps, for example, outlined national goals for each producing sector to meet in a bid to limit greenhouse gas emissions.

There are, of course, other eco-targets set out for the UK by the European Union encouraging us to reduce emissions and become more environmentally responsible. By 2050, the body’s low-carbon economy roadmap proposes that member states should cut emissions to 80% below 1990 levels. The UK’s own emissions targets set out under the Carbon Change Act follow suit also calling for carbon output to be reduced by the same amount.

2015 figures indicate that the country’s emissions are now at around 35% below 1990 levels, meaning the current momentum in the fight against climate change must be maintained if it is to meet its targets.

Britain’s contribution to this year’s climate conference in Paris (COP 21), for instance, in which world leaders agreed to come together every 5 years to set more emissions reduction targets, proved its long-term commitment to combatting global warming. This shows that even if it is to disband from the Union, Britain still intends to continue leading the way in terms of cutting carbon outputs.

Whichever side prevails in the forthcoming referendum, one thing that must not falter is the continued focus on environmental responsibility. By keeping sustainability at the top of our list of priorities, the UK’s manufacturing sector can ensure that, whatever the outcome, it produces a clean and viable future.

Find out more about the edie Live exhibition and register to attend for FREE here.