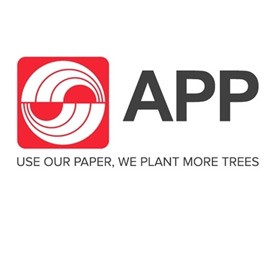 What the new EU-Indonesia timber agreement means for our forests, our communities, and the future of global trade

There is usually a large gap between a politician's rhetoric and reality. However, events in Brussels last week show that this is not always the case.


President Jokowi and European Commission President Jean-Claude Juncker agreed to begin implementing the Voluntary Partnership Agreement (VPA) between Indonesia and the European Union. What may seem to be an obscure piece of regulation to outsiders is in fact a ground-breaking piece of policy-making that could redefine how countries collaborate on sustainability and environmental protection.

This regulatory breakthrough is extremely timely and responds to a gap in the global trade system that has become more acute over the last decade with growing demand for Indonesian forest products in developed countries which have in turn exacerbated the loss of our natural forests. The market for Indonesia timber based products into the EU over the past decade has grown significantly.

Indonesian timber-based exports to the EU were valued at US $645 million in 2014 - a 9% increase on the year before.  Equally, the impact of illegal logging has been having a profound effect.  A report by Indonesia’s anti-corruption commission estimates that 629 million cubic meters of timber vanished on the black market between 2003 and 2014, losing the Indonesian Government billions in tax revenue.

Illegal logging does not just scar the environment, increase CO2 emissions and enhance global warning. It also deprives communities of their livelihoods, takes crucial tax receipts away from local and national government and breeds wider criminality.

The VPA is an attempt to find a solution to this problem. It is an instrument of the EU’s Forestry Law Enforcement Governance and Trade (FLEGT) initiative which is in turn part of the European Union Timber Regulation (EUTR), which aims to eliminate illegal timber from entering the EU. Indonesia will be the first country in the world to have an active VPA with the EU.

The full implementation of the VPA is the culmination of a long process which has seen the private sector, NGOs and European policymakers work together with Indonesia to ensure that Indonesia’s timber legality assurance system, the SVLK, meets the standards of the EU. The VPA’s implementation is equivalent to a recognition that Indonesia’s timber regulation system is as good as the system in the EU. This recognition will spare European importers the arduous process of undertaking due diligence for individual shipments and as such give Indonesian timber exports a significant competitive advantage over other exporting countries.

Why is the full implementation of the VPA significant? For the first time, timber consumers, suppliers, civil society and NGOs and governments across the world have come together to forge a trade deal that will conserve forests crucial to avoiding catastrophic climate change. Each of these actors has been vital in helping us reach this stage. Consumers in Europe are no longer content to imagine the timber they receive is isolated from the supply chain. Suppliers in Indonesia such as APP and Cargill have pushed for the VPA because they know the logging practices of the past are unsustainable. The Indonesian Government and the EU have negotiated the framework for the deal, informed by the expertise of NGOs.

APP has been one of the strongest supporters of the SVLK and VPA since over a decade ago. We first piloted the SVLK in our plantations and pulp mills in 2009 with a view to finding ways to working with the government to improve the system. We were the first group to become fully compliant with the SVLK, and we have also been working closely with industry, government and NGO stakeholders both to make the standards within the SVLK as robust as possible as well as to build capacity within the industry for meeting the requirements of the SVLK, starting with supporting smaller actors within our own supply chain.

As Indonesia’s largest player in pulp and paper, we recognised from the beginning that what was good for Indonesia was good for our own business. Through embedding global standards in our own regulatory frameworks we can increase the value of our products and grow in new markets.

The journey to reach this point has not been easy. Indonesia began rolling out the SVLK nationwide in 2012. It was a hugely complex operation involving a diverse set of actors, from the largest paper mills to the smallest wood carvers, across hundreds of islands and dealing with thousands of companies. Indeed, many groups in Europe expressed doubts that the SVLK could ever function effectively, arguing that enforcement would be patchy and that smallholders were unable to meet the costs of certification.

There were often times when I thought the challenge was too great. Yet in the end the criticism of the SVLK and the pessimism about the VPA was a useful tool in driving improvements in the system. Indonesia rose to the challenge, took the criticisms on board, and made the system stronger. To go from 0 to almost 100% coverage of the industry in a matter of years is a remarkable achievement.

The challenge now is to ensure that we take advantage of these changes, not only in boosting trade but also continuously improving our own systems. Indonesia’s VPA will also spur the five other countries who have signed VPAs with the EU and are developing their monitoring systems, and nine more that are currently in negotiations. Indonesia must strive to continue to lead the pack.

The work cannot stop here. Legality is important, as are voluntary certification schemes like FSC and PEFC, which provide higher levels of assurance on sustainability practices. But we need to go beyond compliance and certification.  We should be pioneering ever more exacting standards to realise the greatest benefits for our environment, our people and communities, as well as for our own business.  Not because we are dancing to the tune of external advocates or campaigners, but because it is good for our own bottom-line.

We now have a global market where quality is not just judged by the origin of the product and the value added by a craftsman but also the sustainable way in which it is produced. In an age when someone sitting in Paris can watch a forest being cleared by satellite, geographical distance is no longer an excuse for inaction.

The VPA’s full implementation is a huge chance and a tribute to the work of industry, policymakers and NGOs in Indonesia and in Europe. We now need to continue this race to the top, pioneering new standards that deliver the best outcomes for our business, our customers, our environment and our people.

The VPA is a breakthrough that has set a new standard for forestry protection and for responsible global trade.  At APP, we know the journey is far from over but rather is just beginning. We are going to keep pushing ourselves to go faster and further - I hope you will join us.