Prime Minister Boris Johnson has come out with a new slogan for the UK's priorities for COP26, promising new domestic pledges and new plans to garner international commitments on "coal, cars cash and trees". 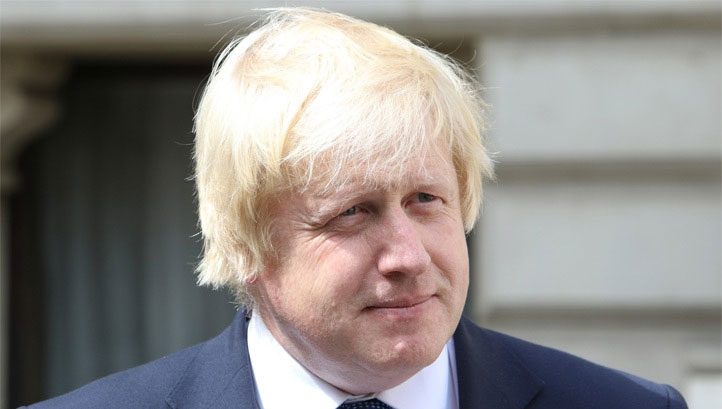 In a video address responding to the Intergovernmental Panel on Climate Change’s (IPCC) major new report this week, Johnson said the UK needs “every other country to follow its lead and commit to net-zero carbon emissions by the middle of the century”. Such commitments, he added, should be backed with “specific plans to cut emissions… well-before this deadline”.

Jonson specifically urged G20 nations to act. This group of nations is responsible for more than 75% of global emissions annually. Only 13 G20 nations met the target for updating their Paris Agreement commitments ahead of COP26, with only eight presenting more ambitious plans than their originals.

One of the IPCC report’s conclusions is that the global temperature increase is likely to exceed the Paris Agreement’s 1.5C trajectory by 2040, meaning that the world may need to go beyond net-zero by 2050 to avoid the worst physical impacts of the climate crisis.

The @IPCC_CH report couldn’t be clearer: humans are causing potentially catastrophic climate change. The world must act together @COP26 to avoid incalculable damage in the future. pic.twitter.com/75KPmyjXFj

As the four-minute video, published on Johnson’s Twitter feed, continues, he states that the UK will make “extremely bold” commitments in four specific areas and encourage the rest of the world to follow suit. He explains them as such:

“Coal – we want the developed world to kick the coal habit entirely by 2030 and the developing world by 2040.

“Cash – we want the richest nations which have historically produced so much of the world’s carbon to recommit to supporting the rest of the planet to go green with funds of $100bn a year.

“Trees – we want COP26, the UN great summit, to commit to restoring nature and habitat and ending the massacre of the forests, because trees are among our best natural defences against climate change. To be net-zero for carbon you must be net-positive for trees and by 2030 we want to be planting far more trees across the world than we are losing.”

Johnson stated that the goals are “hugely ambitious and will require a massive amount of global diplomacy and imagination” but that nations “must be ambitious for [COP26], no matter how difficult it looks now”.

He said: “The IPCC has put it beyond reasonable doubt. This is our best chance, now, to make the changes we need for the health and prosperity and growth of our economy, and the best chance to safeguard the beauty and balance of the natural world and pass it on to our children and grandchildren. It’s not a chance we can miss.”

He also emphasised the potential economic benefits of the net-zero transition, amid reports that backbench Conservative Party MPs are raising concerns about the cost of measures designed to reduce emissions through forthcoming policy packages such as the Heat & Buildings Strategy.

Johnson said: “The costs of new green technology are falling the whole time – 85% fall in the cost of solar in the last 10 years, 70% fall in the cost of offshore wind, and colossal investments in the UK’s Ten-Point Green Industrial Revolution [Plan] will be driving hundreds of thousands of high-skill, high-wage jobs for decades to come. We have the technology and finance to make a big economic success of this agenda. We lack only one thing, and that is time.”

Fact check: How is the UK performing on coal, cars, cash and trees?

Coal – Coal accounted for 28.2% of the energy generated in the UK in 2010, according to official figures from the Department for Business, Energy and Industrial Strategy (BEIS). That proportion has since dropped to 1.8% and, at present, there are only two coal-fired power plants operating in the UK, namely EDF’s West Burton A plant and Uniper’s Ratcliffe-on-Soar plant, both based in Nottinghamshire. The plants are planning to close by September 2022 and September 2024 respectively. Generation is legally required to cease by the end of October 2024.

Nonetheless, there are concerns around the extent to which the UK is relying on gas in the transition away from coal. Gas accounted for more than 35% of generation in 2020. Industry groups are urging the Government to do more to close the impending ‘nuclear generation gap’ and to support renewable generation beyond offshore wind.

Cars – A ban on new petrol and diesel car sales, originally slated for 2040, has been moved forward twice and will now come into effect from 2030. This is believed to be the most ambitious ban of its kind among developed nations. In the US, the Biden Administration this month set a target for 50% of new car sales to be electric by 2030.

There are persistent concerns about how the UK will deliver the improvements to energy infrastructure, as well as the number of charging points needed, to support the 2030 ban.

A Policy Connect report in February warned that charging point installation rates would need to increase fivefold as soon as possible. More recently, the Transport Select Committee last month published a report documenting discrepancies in access to charging points across the UK, describing the current situation as a “postcode lottery”. A potential solution is, of course, to help decrease individual car ownership by improving public transport provision, but little was said on this matter in the recently published Transport Decarbonisation Plan.

Cash – G7 nations including the UK have collectively failed to deliver a previous commitment to provide $100bn of climate finance to developing and emerging economies annually. This commitment was floated once more at this year’s summit in Cornwall, in a fresh push for its delivery. It is unclear by how much the G7 failed to miss their commitments, as NGOs have accused nations of over-reporting the amount they provided between 2013 and 2017.

Looking at the UK specifically, the recent decision to cut the annual foreign aid budget from 0.7% of national income to 0.5% has proven unpopular with green groups. The Government has maintained that the reduction necessary given the domestic economic situation in the wake of Covid-19 and that it will be reversed once the national economy recovers. Green groups claim it undermines the UK’s position as COP26 host, given the need to scale-up finance for emissions reduction and climate adaptation in developing nations. There are reports that the Ten-Point Plan could be financed through the money saved by the cut, but this has not been confirmed by the Government.

Trees – Defra this month released figures showing that some 2,200 hectares of trees were planted in England during the 2020-2021 financial year, down from 2,340 hectares the year prior. Cumulatively, these figures represent just 14% of the national tree-planting targets.