An appeal to bring forward the UK's current climate commitments to align with scientific research on the necessity to limit average global warming to 1.5C has been rejected by the Court of Appeals. 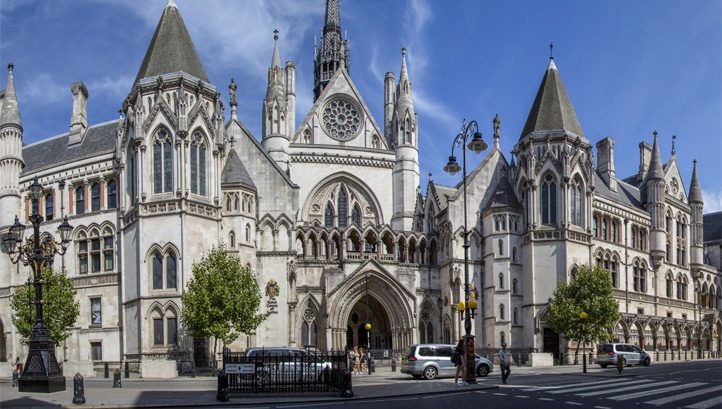 In December 2017, Plan B – a non-profit with an aim to support legal action against key drivers of climate change – filed a claim alongside 11 British citizens to raise ambitions on long-term climate ambitions to align to the 1.5C target of the Paris Agreement.

After the High Court ruled in July that there would not be a full hearing on the case, Plan B turned to the Court of Appeals. However, the decision sides with the High Court, noting that there was “no compelling reason” to proceed with legal measures.

Plan B’s case was aimed at business, energy and industrial strategy secretary Greg Clark, imploring him to raise the ambitions of the UK Climate Change Act 2008. The Act sets a carbon emissions reduction of 80% by 2050 against a 1990 baseline.

However, Plan B argues that the 2050 target is consistent with a global warming limit of 2C above pre-industrial levels, whereas the UK Government should be targeting new commitments that reflect a 1.5C ambition. The 2008 Act enables the secretary of state to revise targets based on new scientific developments and international law.

“Given what’s at stake (ie the future) it’s deeply disappointing the courts have has not had the courage to engage with the arguments in a more meaningful way, nor to hear our evidence, which is so compelling,” a statement from Plan B reads.

Despite the ruling, Plan B is optimistic that the UK Government will set new climate targets in the near future.

At a policy level, the Climate Change Committee (CCC) has recommended a review of the 2050 target, based on ongoing calls for policymakers to enshrine a net-zero emissions target into UK law. The CCC is currently working to provide the Government with options for the date by which the UK should set a net-zero carbon or net-zero greenhouse gas target by March 2019.

Calls for a net-zero target increased following the publication of a landmark report from the Intergovernmental Panel on Climate Change (IPCC). The report revealed that limiting average warming to 1.5C would require global carbon pollution to be cut by 45% by 2030 and come down to zero by 2050.

According to the IPCC, the difference between a 1.5C world and a 2C trajectory could be substantial in terms of both social and environmental sustainability. A 2C world would result in 10 million more homes being lost to rising sea levels and twice as many people experiencing water scarcity, its report claims, making it an environment in which current business models may struggle to thrive.

In a recent interview with edie, Plan B’s director Tim Crosland, a former government lawyer who was instrumental in producing the 2015 Paris Agreement, claimed that climate leadership in the business sphere will be spearheaded by those that target climate goals aligned to the 1.5C pathway.

BT, for example, pledged to become a net-zero-carbon business by 2045 following the publication of the IPCC report.

Plan B director Tim Crosland will be appearing on Day Two of edie’s Sustainability Leaders Forum, to discuss what the future of sustainable business leadership will look like and how leading organisations can shift towards this new paradigm, today.

He will appear alongside representatives from the Woodland Trust, Kellogg, Whitbread and Engie, who will debate how best sustainability professionals can embed CSR within their organisation’s core operations.