The UK's Planning Inspectorate has given Bristol Airport the green light to complete its expansion plans, despite opposition from local councils and concerns that the move would undermine the UK's net-zero transition. 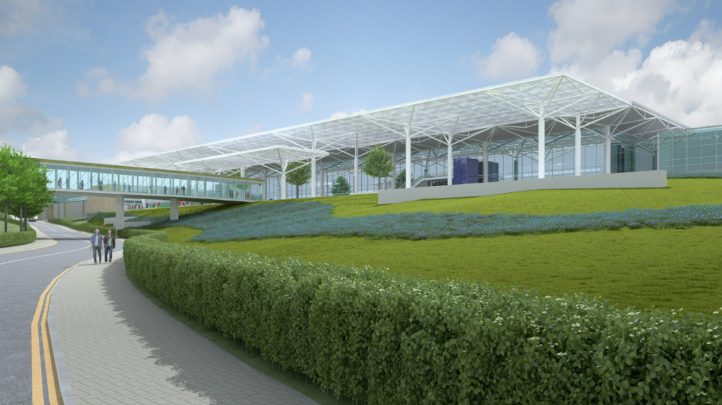 Bristol Airport, as a private company, first unveiled plans for an expansion that would take its annual passenger capacity from ten million to 12 million in 2018. The plans were rejected by North Somerset Council on Environmental Grounds in 2020 and, following that decision, rejections were also confirmed by Bristol City Council, Bath and North East Somerset Council and the West of England Combined Authority.

All of the councils had heard objections from the local community on grounds including increased emissions, increased noise pollution, disruption to local transport routes and the need to funnel investment into low-carbon sectors instead.

The Airport itself has touted the plans as important to the local economy. It is forecasting 800 new jobs to be created at the site, plus up to 5,000 across the region, including apprenticeships.

It has also defended the climate credentials of the plans, pointing to its plans for net-zero operational emissions by 2030 and its plans to improve public transport links, thus reducing individual car journeys to and from the terminal.

The Planning Inspectorate’s documents stipulate that any increases in emissions caused by the Airport’s expansion can be offset by greater reductions elsewhere. It is also stated that the organisation is not in a position to stipulate whether the UK will meet its Sixth Carbon Budget at this stage, fiving climate change “neutral weight” in the decision.

Additionally noted in the document is the fact that the Inspectorate does not see limits on passenger capacity as “the way forward”. This is despite limits being supported by the Government’s own climate advisors, the Climate Change Committee (CCC). The UK Government’s Transport Decarbonisation Plan, published last year, sets a 2040 deadline for net-zero domestic flights and airport operations and a 2050 deadline for net-zero international flights. It does not support capping airport expansion.

Bristol Airport Action Network, a local campaign organisation, has confirmed it is considering a challenge in the High Court.

Local councils, as well as environmental groups, are far from convinced of the Airport’s green intentions – or on how the decision would comply with the UK’s long-term climate targets.

“We face a climate emergency and to countenance yet more leisure flights from this airport is completely unacceptable from one of the main sources of greenhouse gas emissions,” North Somerset Council Leader Don Davies told the BBC.

“The wider impact on the impacts on the environment outweigh the benefits of airport expansion, which sit almost entirely in the commercial interests of the owners, a foreign pension fund,” Davies added. The Airport is owned by Canada’s largest single-profession pension plan, Ontario Teachers’ Pension Plan.

The New Economics Foundation’s chief executive Miatta Fahnbulleh wrote on Twitter: “Giving the green light to the expansion of Bristol Airport goes against the desires of the local community who want green jobs – not polluting infrastructure – for their area.

“As our evidence to the inquiry showed, the economic benefits of the expansion have [also] been grossly overstated.”

Wera Hobhouse MP, the Liberal Democrat MP for Bath, Tweeted: “What a bleak day for our planet. This is nothing short of climate denial and is completely unjustifiable.

“Short-term thinking and a refusal to face up to the climate emergency will have a catastrophic impact on our planet.”

The Green Party’s only MP, Caroline Lucas, Tweeted: “Unbelievable! Allowing Bristol Airport to more than double its capacity is outrageous and totally incompatible with tackling the climate emergency.

“The Government has ridden roughshod over local democracy and trashed any pretence that they are serious about a green transition.”

Expansion plans are also currently in the pipeline for Leeds and Heathrow airports.Transport Secretary Grant Shapps stated last September that the Government will continue to support a third runway at Heathrow Airport, arguing that it would “not be appropriate” to review airport planning rules over climate concerns.