EXCLUSIVE: With the agriculture sector calling for more clarity over the Government's plans to improve nature by subsidising farmers, a representative for the Department of Food, the Environment and Rural Affairs (Defra) has said it "will be a matter of learning as we go". 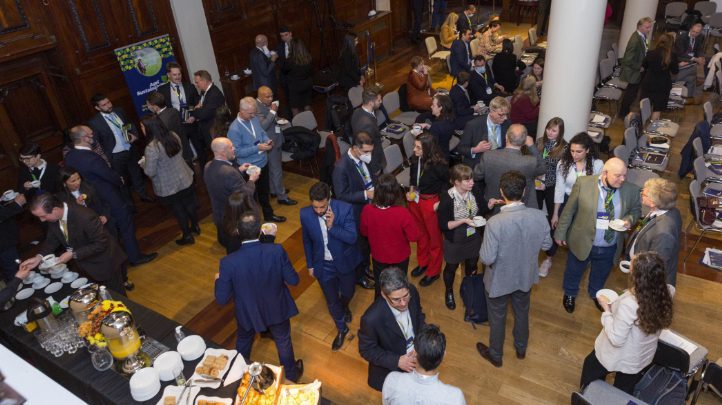 Then, last month, Defra launched the Local Nature Recovery scheme and Landscape Recovery scheme, both designed to help farmers and landowners collaborate on larger-scale projects to create and restore habitats. The three-tier system, Defra has stated, should improve environmental outcomes on individual farms and also contribute to nature restoration at scale.

Yet all three schemes have faced intense scrutiny from the agriculture industry, individual farmers and green groups, with Defra’s approach also warranting reports from the Public Accounts Committee and the House of Lords’ Science and Technology Committee.

Environmental groups and farmers alike have asked for more information on the likely environmental benefits of the schemes, given that farmers and landowners will be able to choose their own approach – and that the Government has not yet set out time-bound emissions reductions targets for the agriculture sector. This could, it has been argued, undermine the delivery of the 2050 net-zero target.

Farmers have also been asking for assurances that England’s food production will not drop as a result of the new schemes, given that farmers may choose to set aside more land for things like woodlands and hedgerows. This could potentially make the UK more reliant on imported food which, of course, comes with embedded carbon from international transport.

edie put these concerns to Defra’s head of the ELM programme, Gavin Ross, at the third round of AgriSustainability talks at the Brazilian Embassy in London on Wednesday (9 February).

Ross said: “It’s a complicated space that we’re in and we’re not going to be getting it exactly right, but the start is not where we’re intending to end.

“It will be a matter of learning as we go. We don’t have all the solutions, but we want to work with farmers, NGOs and others to get the optimum outcomes.”

On the concerns around productivity, Ross added: “In terms of land change, our expectation is that less agriculturally productive land is likely to be removed from production and set aside for environmental benefits. That’s something we’ll want to review. We have plans for monitoring potential impacts on food production.”

On the likely environmental benefits of the schemes, Ross added that Defra is using proxy measurements in some cases, as certain metrics such as soil carbon are challenging to measure. This is particularly the case with the Sustainable Farming Incentive.

Nonetheless, he said he is “confident” that the long-term result will be a net benefit for England’s degraded nature. He acknowledged that a key measure of success for the Incentive – as well as getting 70% of England’s farmers signed up this decade – will be the level of trust in its ability to deliver real benefits for the environment.

He added, though, that “we’ll only really know once we see the long-term datasets and trends to see whether deterioration stops and trends start moving in the right direction.”

Ross did not answer a question on what level of emissions reductions and removals Defra is hoping to see from the scheme, in the absence of sector-specific, time-bound targets at Government level.

Elaborating on why farmers would not be mandated to participate in the schemes to ensure the delivery of net-zero, Ross said: “We’re looking to reset the relationship between government and farmer. Hitherto, under the EU approach, it was very much about setting out things farmers needed to do in detail – and then removing elements of payments for farmers that deviated from instructions… even minorly.

“What we very much want to move towards is saying ‘you, the farmer, know your land best. These are the outcomes we want to achieve. We’re looking to set out actions we think will lead to these outcomes. We’re not going to detail about things you must do.’

“We’re trying to provide more of a grown-up relationship.”

One of the industry bodies which has asked for more clarity from Defra is the National Farmers Union (NFU).

Speaking to edie at the event, the NFU’s chief adviser on renewable energy and climate change Dr Jonathan Scurlock said progress in getting the information members want from Defra regarding the schemes “has been very slow”.

Scurlock said: “A lot of our members are rather impatient as they look for more detail. There is a timeline, which [Ross and his team] have outlined, but we do think that there is some slippage in there.”

As well as raising concerns over whether farmers will lose pay and whether food production in England will drop, the Union has been questioning whether the schemes will be enough to support the sector in delivering its own net-zero plan. Published in 2019, the plan has a 2040 deadline and details three main ways for reducing the sector’s net emissions, aside from reducing fossil fuel use on farms. These are: improving productivity and cutting resource use; enhancing on-farm carbon storage in soils

Notably, the plan does not include large-scale rewilding or facilitate a reduction in beef production, the latter of which is recommended by the Climate Change Committee (CCC) and in the National Food Strategy.

Scurlock said that while Defra has provided some detail on payments for improving productivity and cutting resource use, questions remain – and other facets of the NFU’s plan are still without subsidy plans. He added: “We have said that we can only deliver this if it is delivered in partnership and if there is Government support for all themes.”

Union members, Scurlock said, find that net-zero is “conspicuous by its absence” from the scheme details as it stands – particularly from the Sustainable Farming Incentive. The Union is pushing, for example, for the Government to help farmers undertake greenhouse gas auditing.