The UK Government has confirmed that it will deliver a hydrogen village by 2025, on the same day that First Hydrogen unveiled four chosen locations in England for green hydrogen production projects. 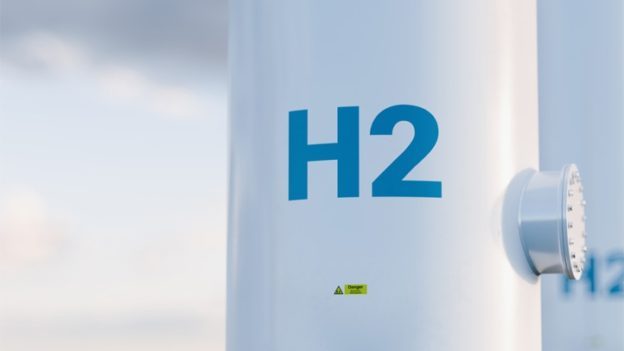 Plans to develop a hydrogen neighbourhood by 2023 and a hydrogen village by 2025 were first floated by the UK Government in November 2020, through the Ten-Point Plan for a Green Industrial Revolution. After consulting on proposals for these trials, in which local grids will be converted to enable 100% hydrogen heating, the Department for Business, Energy and Industrial Strategy (BEIS) has today (11 April) confirmed its intent to proceed.

To facilitate the trials, regulations will need to be amended. Current rules permit blends to a maximum of 23% hydrogen in closed networks. BEIS has confirmed that the changes will only apply for the trial period and area in the first instance. BEIS’s decision documents confirm that most stakeholders who responded to consultations on the trials were “broadly supportive of the proposals to change legislation to enable the delivery of a grid conversion”.

The documents confirm that a decision will not be made on where the village trial will take place until 2023. This will allow time for the Government to work with regulator Ofgem, the UK’s gas networks and other key stakeholders to change regulation and implement new customer protection frameworks.

In related news, transport and energy firm First Hydrogen has identified four industrial sites where it would like to bring green hydrogen generation infrastructure online. The sites are near Liverpool, near Manchester, in Greater London and on the Thames Estuary. The latter would be the largest of the four sites.

First Hydrogen is predicting that, if all four projects get the go-ahead, they will total between 80MW and 160MW of capacity. The firm is engaging with landowners and local authorities to secure land rights and will shortly begin engaging with the UK Government to explore financial support.

First Hydrogen’s intent in developing the production sites is to generate fuel for hydrogen vehicles. It is developing hydrogen vans and aiming to have the first batch ready for delivery from September.

Other green hydrogen projects in the pipeline for the UK include  Teesside; the Port of Cromarty Firth ; the Flotta Terminal on the island of Orkney and Eaglesham Moor, at the Whitelee onshore wind farm.

The announcements from BEIS and First Hydrogen come just days after the Department confirmed plans to increase its 2030 target for the UK’s installed blue and hydrogen generation capacity from 5GW to 10GW. The change was made through the Energy Security Strategy, which is designed to act as the UK’s response to the global energy price crisis that is being exacerbated by Russia’s war in Ukraine.

The Strategy is supported by £240m of new investment for innovative green and blue hydrogen production schemes, to be allocated from the last quarter of 2022.

However, less is said about hydrogen use cases. The Strategy highlights he £26m Industrial Hydrogen Accelerator, aimed at helping sectors like manufacturing to demonstrate hydrogen use to power their operations. Decisions on the broad future of hydrogen in building heat was deferred to 2025 under the Heat and Buildings Strategy.

Trade bodies including the Energy Networks Association (ENA) are urging the Government to support the broad uptake of hydrogen blends for building heating in the near term. However, other organisations have cautioned against this approach, arguing that better economic and environmental outcomes could be reaped by using hydrogen for sectors such as transportation and heavy industry.