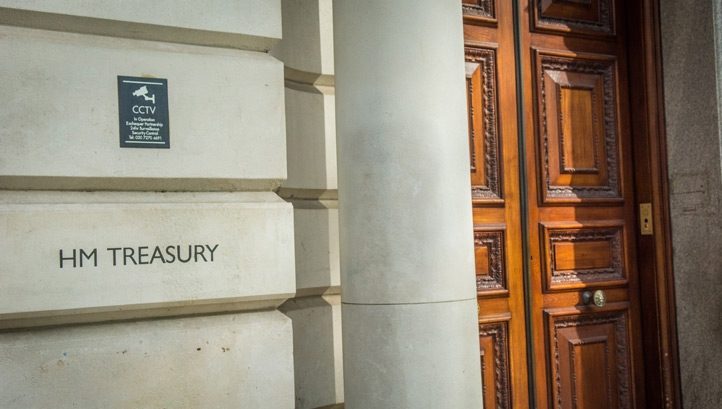 In March, the UK Government pledged more than £600bn in the next five years on infrastructure. However, the NIS was delayed to give chancellor Rishi Sunak more time with the strategy in light of the emerging coronavirus pandemic.

The strategy outlines how £100bn will be spent over this parliament, with reports emerging that Chancellor Rishi Sunak will introduce the NIS alongside the Spending Review on Wednesday (25 November).

Reports have emerged that the £100bn NIS will work towards the net-zero emissions target for 2050 and will heavily focus on fibre broadband, transport and flood defences. On the latter, £5.2bn has been ringfenced to create for new flood and coastal defences in England by 2027 as part of the Government’s Ten Point Plan.

It is believed that the Spending Review will outline financial commitments of that plan, which has promised £12bn in public funding to support up to 250,000 green jobs, with the Government aiming to secure three times as much investment from the private sector by 2030.

It has also been reported by national media that Sunak will confirm the creation of a “national infrastructure bank” that will be launched in 2021 to replace the remit of the European Investment Bank (EIB) after the UK leaves the EU.

The EIB has been a key source of funding for the UK to trial low-carbon, city-led innovations and it is reported that the new bank, which will be headquartered in the North of England as part of a levelling-up agenda – will have a remit to assist in the delivery of the net-zero target.

According to the Financial Times, the bank will call on private investors to assist funding “through a mix of loans and guarantees as well as taking equity stakes in projects”.

The arrival of the strategy following an eight-month delay comes as calls grow for infrastructure spending to be aligned to the net-zero target. Notably, the government has faced court action over the Heathrow expansion and the £27bn roads programmes on the grounds that they aren’t aligned to long-term climate targets.

The Confederation of British Industry (CBI) has claimed that the UK Government needs to “undertake a significant programme of infrastructure investment” to enable regulators and private investment to create funding for critical net-zero infrastructure.

CBI’s report notes the need for the UK to “develop a world-class environment for private investment in infrastructure” in order to combat the economic damage caused by the coronavirus pandemic.

As a response, the CBI is calling for the Government to give regulators more control and targets to deliver the anticipated National Infrastructure Strategy (NIS), and have clear regulatory guidelines to support sectors with the net-zero transition.

CBI research, for example, shows that for every £1 spent on construction activity, £2.92 is created in wider value to the economy. However, the World Economic Forum estimates that globally a £12trn investment gap will exist regarding the infrastructure required in 2040.

Additionally, the government should give greater powers and independence to the National Infrastructure Commission (NIC), enabling the body to hold the Government to account.

The NIC has recently urged the UK Government to set “clear resilience standards” that enables energy and water networks, transport, essential services and all infrastructure sectors to stress test and plan against hidden climate challenges on the horizon.

The NIC notes that future-proofing existing and planned infrastructure could spur job growth as part of a green recovery from the coronavirus pandemic. However, it warns that “the past is not always the best guide to the future” and has called for more proactive approaches to resiliency.

More recently, a new report from PwC has warned that up to £400bn needs to be unlocked and funnelled into green infrastructure to meet the 2050 national target.

PwC, on behalf of the Global Infrastructure Investment Association (GIIA), has warned that £40bn investment per year is required over the next decade in low-carbon and digital infrastructure.

The Green Alliance is warning that significant shortfalls in governmental approach to infrastructure policy are placing the net-zero target at risk. The thinktank’s new report has warned that a lack of “net-zero testing” applied to all government decisions will continue to promote carbon-heavy economic activity. The report estimates that an £11.4bn gap in investment required to meet net-zero currently exists. The gap is predicted to grow to reach £13.5bn annually by 2022.