The Government has given local authorities in Greater Manchester permission to delay the launch of the local Clean Air Zone, after businesses said they would need more time to prepare due to the impacts of Covid-19. 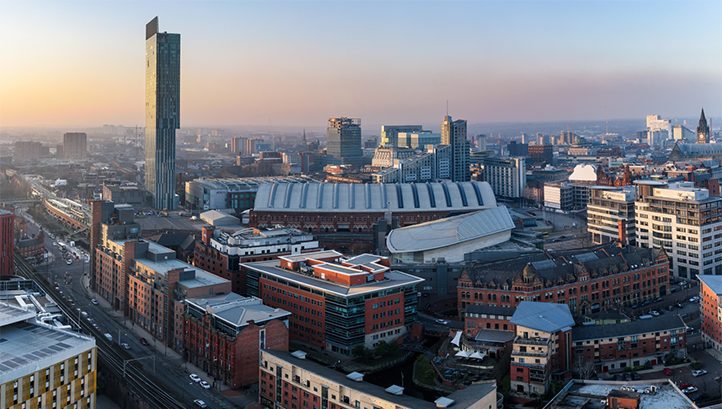 The Clean Air Zone (CAZ) was first proposed in 2014, formally approved in 2019, and was due to come into effect from May 2022, in phases. Due to the Government’s decision, the Greater Manchester Combined Authority (GMCA) now has until the end of July to submit revised plans for implementing the CAZ.

In a statement, the Department for Food, the Environment and Rural Affairs (Defra) said the delay had been “carefully considered” and “will allow Greater Manchester to provide further evidence and a revised plan”.

“In making this decision, the Environment Secretary has made it clear that it is his priority to fulfil the government’s legal obligations to deliver compliance with NO2 limits in the shortest time possible,” the statement adds.

More than 150 locations across Greater Manchester’s ten local authority areas recorded NO2 levels breaching legal limits in 2019 and Greater Manchester Mayor Andy Burnham had, pre-Covid-19, committed to bringing all areas in line with legal limits by 2024. Defra is now giving the city region until 2026 to achieve this milestone. Dates of 2025 and 2027 had been floated, according to the Manchester Evening News.

In a joint statement with Defra’s Jo Churchill and the GMCA’s portfolio lead for clean air Cllr Andrew Western, Burnham wrote: “Air quality is one of our biggest health challenges and we are all completely committed to tackling it.

“We have agreed to a short time-limited pause. We will work together to deliver, by the middle of the year, a plan for clean air for Greater Manchester, one that is fair to the businesses and residents of the city region.

“We will deliver improved air quality as soon as possible, not losing ambition but ensuring we take into account the pandemic, global supply chain challenges, improvements already baked into retrofits and the scope as previously laid out.”

Some green groups have stated that the fact that the pause is short, rather than indefinite, is to be welcomed. Others, including environmental law firm ClientEarth, have called the decision “concerning”. The GMCA estimates that poor air quality contributes to at least 1,000 deaths each year across the city region and is notably working towards a 2038 net-zero target.

Current plans for the CAZ will see it implemented in two phases. The first phase will see buses, coaches, Heavy Goods Vehicles (HGVs), taxis and private hire vehicles that do not meet Euro 6 emissions standards subjected to a daily charge. Under the second phase, minibuses, coaches and light goods vehicles (LGVs) will also be covered. The original phase implementation dates were 30 May 2022 and 1 June 2023 respectively.

Earlier this month, Prime Minister Boris Johnson called the original CAZ plans “completely unworkable” in light of the pressure put on businesses by Covid-19 – particularly the £60 daily fine for larger vehicles under phase one.

Last month, London Mayor Sadiq Khan announced that he is considering an expansion of London’s Ultra-Low Emissions Zone (ULEZ) to cover all of Greater London by 2024. Other UK cities with low-emission or clean air zones – or plans to introduce them imminently – include Glasgow, Bath, Birmingham, Oxford, Aberdeen, Dundee, Edinburgh, Newcastle and Sheffield. In many cases, implementation or expansion has been delayed due to Covid-19.