Following pressure from business groups and NGOs, the UK Government has launched a Green Jobs Taskforce to help unemployed people and those in transitioning industries into new, skilled jobs. 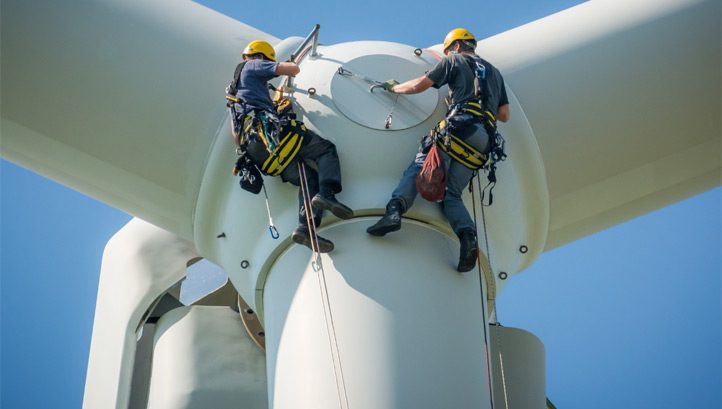 The overarching aim of the Taskforce will be to ensure that the Government meets its 2030 commitment to have two-million adults in the UK employed in “green-collar” jobs. Pre-pandemic, Government figures revealed that turnover in the UK’s green economy accounted for just 1% of national non-financial turnover. Similar investigations into official jobs figures found that while domestic jobs in the renewable energy sector rose year-on-year in 2018 and 2019, they were ultimately down by around one-third on 2014 levels.

Ensuring that the UK has the “immediate” skills for a green recovery, such as those needed in the offshore wind and retrofitting sectors, will be the Taskforce’s short-term priority.

It will also develop a long-term plan for skills that ensures that new jobs are “good quality” and inclusive, and that those working in roles which are at risk from the low-carbon transition, like those in the oil and gas sector, are given support to retrain.

“It is now more critical than ever to make sure people get the skills they need to progress and that will help our economy to recover,” Apprenticeships and Skills Minister Gillian Keegan said.

“I am very much looking forward to co-chairing this important task force so we can create more, high-quality green job opportunities, levelling up our economy and delivering on our commitment to be net-zero by 2050.”

The launch of the Taskforce follows months of campaigns from green groups and trade bodies, who have urged the Government to better consider skills as it plots its Covid-19 recovery plans and its pathway to net-zero.

Back in June, the REA produced a report detailing how ministers, business and local authorities can collaborate to increase the number of green jobs in the UK by 85%. Dramatically increasing employment in low-carbon fields will require the creation of a net-zero roadmap, with time-bound, numerical targets for specific regions and sectors, alongside major changes to financial incentives and tax, the REA believes. Boris Johnson has committed to delivering such a roadmap before COP26.

The, the Local Government Association (LGA) outlined how the UK could create almost 700,000 new green jobs within a decade, and a further 488,000 through to 2050. The association predicted the highest growth in the renewable energy generation sector, followed by energy-efficient products and low-emission vehicle manufacturing.

UK100 has also been leading the calls for a more robust approach to skills. The organisation estimates that 455,000 ‘white van’ jobs could be created across the UK’s property and construction sectors if the government increases funding for retrofit projects and green skills.