How sustainable is the new iPhone 12?

When the iPhone 12 launched earlier this week, all eyes were on the tech specs and the price. But what about the cult smartphone's impact on the environment and society? 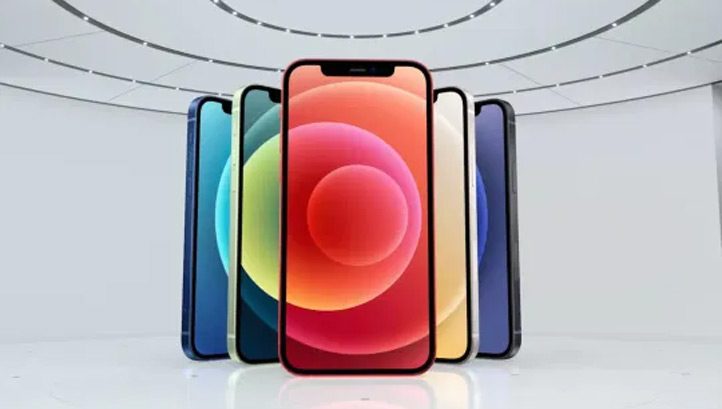 Apple usually launches new products in September, but the Covid-19 pandemic resulted in minor delays this year, with the iPhone 12, iPhone 12 Pro and iPhone 12 mini having launched on Wednesday (14 October).

Many readers will, no doubt, be eyeing a new phone up for their Christmas lists – especially as we’re all working from home and video calling our friends and family a lot more. But as we check on things like battery life, camera quality and screen size, it’s also worth considering the sustainability impact of the new iPhone.

The most talked-about sustainability aspect of the new iPhone is the fact that it does not come with a wall charger or EarPods – simply a USB-C charging cable. Apple has told media representatives that it made the decision on environmental grounds – it believes that most people who purchase an iPhone 12 will be upgrading from a previous model and will already have these accessories, and, therefore, the decision will save resources.

Without a wall charger, the phone can be housed in a smaller box. As well as consuming less resources for packaging per unit, this enables 70% more units to fit onto one shipping palette, thereby reducing emissions from transporting the phones.

Apple claims that the changes to accessories and packaging will mitigate more than two million metric tonnes of CO2e emissions annually. It will work to redevelop packaging for previous iPhone models over the coming months.

Critics and cynics, however, have argued that Apple’s intentions are more financial than environmental – those who are switching to iPhone from Android or purchasing their first phone will have to buy a wall charger and EarBuds separately. This same argument was raised when Apple first got rid of the headphone jack on its phones, in a move that forced thousands of people to buy wireless headphones when they already owned a wired pair.

Apple has made strides in the recycling space since unveiling a long-term vision to “one day stop mining the earth altogether”. 98% of the rare earth elements in the iPhone 12 are recycled, as is 99% of the tungsten and 100% of the tin in the circuit board. At least 35% of the material used to make the phone’s main 14 plastic components is recycled.

After material sourcing comes manufacturing. All Apple manufacturing plants are zero-waste-to-landfill and the company is working to transition to 100% renewable electricity across the supply chain but has not published an update on progress this year.

As for the phone’s in-use impact, it consumes 53% less energy than mandated by the US’s Conservation Standards for Battery Chargers but is by no means the most energy-efficient smartphone on the market. Apple claims the model has up to 17 hours of battery life for video playback, the same as the iPhone 11, and that its battery has been designed for longevity. The company has previously faced accusations of deliberately designing batteries to diminish quickly.

Apple runs a trade-in scheme whereby consumers can sell their used phones back. Phones in good condition are resold as is, and those in worse condition are repaired or refurbished first. The new model will be eligible under this scheme but some have argued that Apple should provide better prices to further incentivise uptake. On recycling, Apple recently unveiled a disassembly robot called Dave – the follow-up to Daisy.

According to Know the Chain, electronics and ICT hardware are sectors with high human rights risks in their supply chains. While Apple has faced numerous controversies in this area over the years, it scored among the top five in the non-profit’s latest benchmark, with a score of 68 out of a possible 100. There is still room for improvement but it should be noted that the benchmark’s average score this year was 29.

Apple’s Supplier Responsibility Progress Report for 2020 provides a deep dive into the measures it is taking to support workers. As well as providing an update on its workplace rights training initiatives, work with human rights organisations and educational programmes around nutrition, health and wellbeing, the report details the steps Apple took this year to protect workers during Covid-19. PPE, deep cleans and flexible shifts were all implemented.

Of course, Apple has a major impact on society at large, beyond its supply chain, and could accurately be called a social architect. Steve Jobs’ speech in which he said “people don’t know what they want until you show it to them” is world-famous. There is an argument that launching, and therefore “making people want” an $800+ phone when the world is in the worst recession since World War 2 is not an ethical move – especially when your company is worth more than the rest of the FTSE100 combined with a $2trn valuation.

Of course, technology is vital to keeping individuals and communities connected at this time, but in its argument around scrapping the wall charger and EarBuds, Apple acknowledges that most consumers buying an iPhone 12 already have one or more Apple products.

July saw Apply publicly committing to become net-zero emissions across its business, supply chains and products by 2030. It will reduce 75% of its emissions by investing in renewable electricity, clean heating and cooling, energy efficiency and materials recycling, then offset the remaining 25%. The company had already vowed to reach 100% renewable electricity across supply chains.

Climate is one of the three main pillars of Apple’s overarching environmental sustainability strategy, the others being materials and ‘smarter’ chemistry.

The overarching vision to stop using virgin, non-renewable materials comes under the second pillar, along with commitments to sustainable sourcing, water stewardship and achieving zero-waste-to-landfill at factories, offices and suppliers. The third pillar contains commitments to ensure the chemical safety of products and packaging to consumers and workers at every stage of the supply chain.

So, on balance, do you think the iPhone 12 can be called sustainable? Let us know in the comments.