IEA: Global emissions in 2020 to plummet by largest margin ever recorded due to Covid-19

The Covid-19 pandemic is set to deliver the biggest disruption to the energy system since the 1930s, with global electricity demand to fall by 5% while the level of emissions for 2020 are set to fall by 8% - the largest annual decrease in emissions ever recorded, according to the IEA. 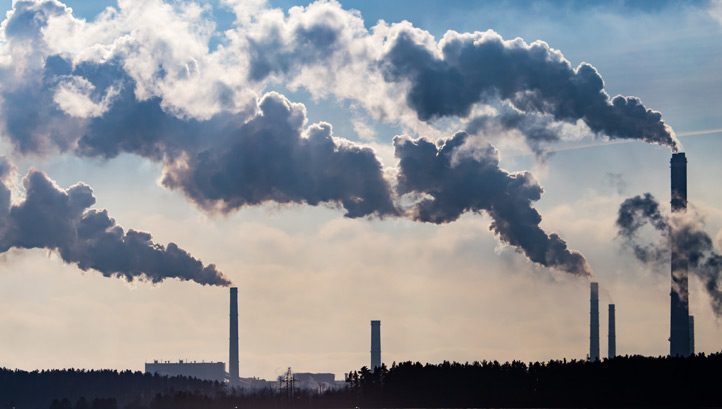 Coal is set to be hit particularly hard by the pandemic

The IEA’s Global Energy Review 2020 report outlines the severe disruption that the coronavirus pandemic will cause to energy sources, electricity demand and global emissions for the year.

One of the headline findings of the report is that global emissions are projected to fall by 8%. The IEA notes that it would be the largest decrease in emissions every recorded and would be six times larger than the previous record drop recorded in the aftermath of the 2009 financial crash.

Based on analysis of more than 100 days of real data so far this year and the assumption that lockdowns will ease gradually and economic productivity improves over time, the report claims the global electricity demand is set to fall by 5% in 2020, the largest decline since the Great Depression of the 1930s.

Energy demand is set to fall by 6%, seven times greater than the decline recorded after the 2009 financial crash. This is the equivalent to losing the entire energy demand of India.

Renewables are set to be the only energy source that will grow in 2020, the IEA notes, claiming that flexible access to grids and low operating costs will be attractive proposals. In fact, solar PV and wind energy – already the cheapest energy source for two-thirds of the global population – will help boost renewable electricity generation by 5% in 2020.

Analysis from the UN Environment Programme estimates that global emissions would need to fall by 7.6% every year this decade, in order to put the planet on the 1.5C trajectory.

“This is a historic shock to the entire energy world. Amid today’s unparalleled health and economic crises, the plunge in demand for nearly all major fuels is staggering, especially for coal, oil and gas. Only renewables are holding up during the previously unheard-of slump in electricity use,” IEA’s executive director Dr Fatih Birol said.

“It is still too early to determine the longer-term impacts, but the energy industry that emerges from this crisis will be significantly different from the one that came before.

“Resulting from premature deaths and economic trauma around the world, the historic decline in global emissions is absolutely nothing to cheer. And if the aftermath of the 2008 financial crisis is anything to go by, we are likely to soon see a sharp rebound in emissions as economic conditions improve.”

The pandemic has already had a profound impact on the global economy. Asia’s economy is down 20% for the first three months of the year, the FTSE 100 has suffered its worst quarterly performance since 1987 and the UN projects that foreign direct investment flows could fall between 5% and 15%.

Many nations are looking to bail out the fossil fuel sector in response to the coronavirus pandemic, without environmental considerations, which could undo the temporary improvements in global emissions. However, Birol urged governments to prioritise clean energy technologies such as renewables, batteries, hydrogen and carbon capture, in order to boost job growths and spur “competitive” economies.

Economies such as the US and the EU are expected to see energy demand fall by 9% and 11% respectively – although overall impacts are dependent on the duration and severity of lockdown measures. In fact, the IEA claimed that each month the worldwide lockdown continues, global energy demand is likely to fall by 1.5%.

The lockdown is also set to impact the energy mix. Low-carbon sources including nuclear, solar and wind and hydropower are set to reach 40% of the global mix in 2020, ahead of coal at 34%.

In fact, coal is set to be hit particularly hard by the pandemic. Global demand is projected to fall by 8%, the largest decline since the Second World War. Coal-fired power generation also continues to fall below its 2018 peak, tumbling by more than 10% in 2020, according to the projections.

Despite assisting the low-carbon growth share, nuclear power is also set to fall by 3% from the all-time high it reached in 2019.

Renewables used outside of the energy sector are also suffering from the lockdown. Restrictions on transport have reduced demand for blended fuels.

The report builds on the IEA’s 2019 report, which found that following two consecutive years of increases and despite forecasts of a further rise, global carbon dioxide emissions from energy stopped growing in 2019.

The data shows that decarbonisation actions in developed nations were significant enough to result in an overall flatlining, despite a 2.9% expansion of the world economy and a slight increase in emissions from developing nations between 2018 and 2019.

Commenting on the report, Energy and Climate Intelligence Unit’s (ECIU) director Richard Black said: “This report provides shocking evidence of the impact that coronavirus is having across the world, including on energy markets. An important question, however, is how these impacts will relate to real-economy signals in the longer term.

“Coal, for example, is already in long-term decline in many developed countries, oil basins like the North Sea are mature and approaching the end of their lives, and sectors like US shale are already carrying unsustainable debt levels. All may struggle to emerge intact as the world recovers from the pandemic – but conversely, unlike previous crises like the 2008 financial crash, in the power sector renewables are now the cheapest option and as the report finds, they are squeezing out conventional forms of generation like coal and natural gas even during national lockdowns.

“Another important factor is that in recent weeks there have been robust promises from national leaders and calls from businesses for post-coronavirus stimulus packages to accelerate the clean energy transition. If these pledges come good, and states do develop concrete recovery policies to drive the low-carbon transition, then the crisis could come to be seen as a genuine turning point for world energy markets.”