A survey of senior decision-makers at more than 1,000 UK businesses has revealed that less than one-third (29%) have a strategy for reaching net-zero before or in line with the Government's 2050 target. 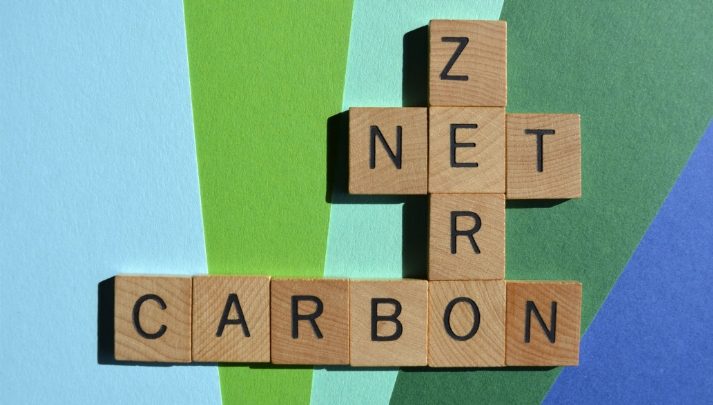 The survey, conducted by YouGov on behalf of waste management firm Veolia, polled small and large businesses alike across a spread of sectors, asking for their approach to decarbonisation.

It revealed that, despite a growing trend to setting net-zero visions, less than one-third of the businesses represented (29%) have published a strategy with details on how they plan to cut emissions. Strategy development was found to be more advanced in larger companies with 250 staff or more than at smaller firms.

Promisingly, 56% of the representatives of businesses with a net-zero strategy said their organisation has a budget for delivering decarbonisation. Also, eight in ten people in this cohort say they are confident about meeting targets. Nonetheless, overall, four in ten of the survey respondents say they feel “overwhelmed” by the prospect of the net-zero transition.

Key challenges flagged by respondents included a lack of investment – internally and externally – and a need for better legislation and regulation. Veolia also said some businesses stated a feeling that one single step from one organisation would not make a big difference to the future of the planet.

The survey was conducted online in November 2021.

“In the wake of COP26, we need to work together, share expertise, innovate and research new sustainable solutions so carbon net-zero can become a reality, rather than a goal,” summarised Veolia’s executive vice president for Northern Europe, Gavin Graveson.

Since the UK Government enshrined its 2050 net-zero target in law, it has continuously faced calls to clarify sector-specific targets and interim plans in a bid to ensure it is credible.  A recent survey from Microsoft and Goldsmiths University, which covered 1,707 UK-based business leaders and more than 2,100 of their employees, found that just 41% of organisations represented are credibly prepared to transition to net-zero by or before 2050.

A stocktake of corporate sustainability goals

In related news, clean energy marketplace Squeaky has published the findings from a survey of 250 UK-based sustainability and energy managers at FTSE250 firms, conducted to collect information on how they work with the C-Suite.

The good news is that most of the respondents (86%) agree that their executives are keen to advance the sustainability agenda, rather than holding it back. However, the survey did highlight several areas of disconnect.

For instance, more than one-quarter of the respondents (27%) said they often feel out of depth in their role. Most of these respondents had been transferred from another department and required to learn on the job. Another common challenge is small teams. One-third of the respondents said they would like their executives to formalise more sustainability training in 2022.

The survey also found that eight in ten respondents believe that executives have, at times, had unrealistic expectations of sustainability targets. Common issues include executives envisioning targets that are too ambitious, or, on the contrary, failing to understand the importance of best practice and ambitious targets. This points to a potential lack of sustainability literacy in boardrooms.

“Those who set unrealistic goals, or have unrealistic expectations, will only create a poisoned chalice for their business, and indeed, the future leaders of that business,” said Squeaky’s managing director Chris Bowden.

“The UK has reached a critical point on its road to net-zero and, in order to aid progression, we need commitment and action from the nation’s biggest businesses. Collaboration is key to this, both within the business itself, and in the wider marketplace as well, to create a cleaner business and a greener world.”